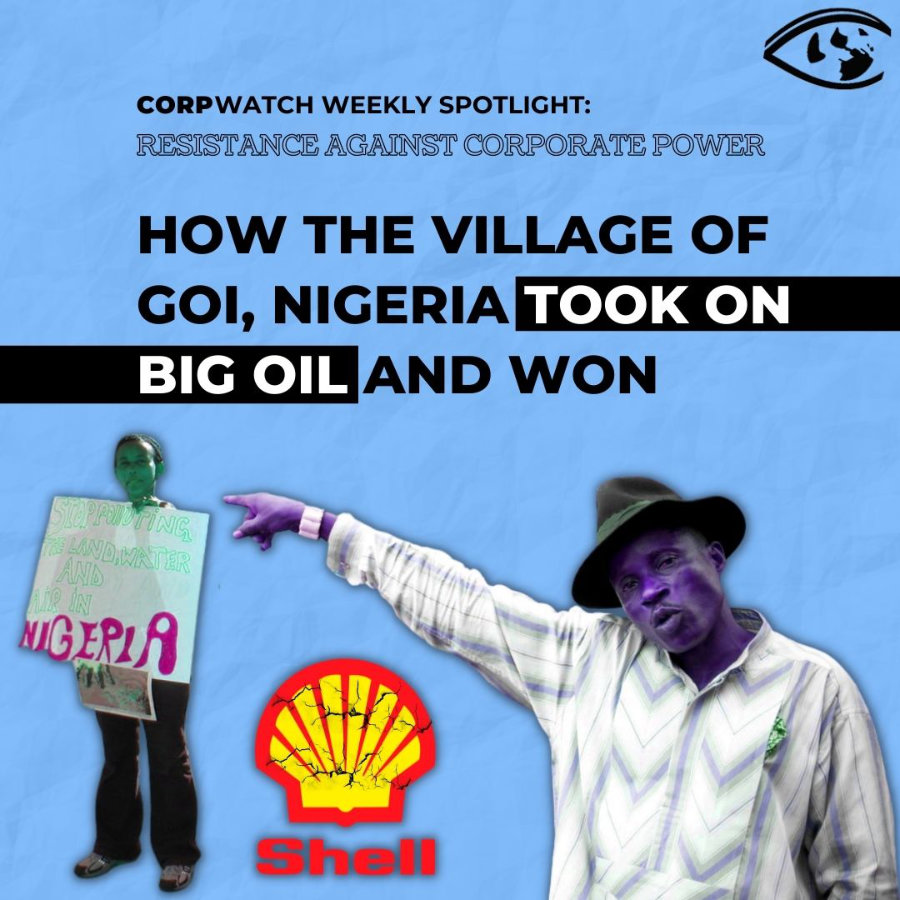 Check out CorpWatch's Instagram infographics on resistance against corporate power!

#28. How an activist took on private prison company CoreCivic and won (December 3, 2022)

#24. Charter airline Privilege Style withdraws from contract to deport asylum seekers from the UK to Rwanda in victory for migrant rights (November 4, 2022)

#19. Aotearoa/New Zealand says no to deep-sea mining, in victory for Indigenous and environmental groups (September 2, 2022)

#18. Freestone Mines Private Ltd backs out of a quarrying project in Mutare, Zimbabwe, after the community takes them to court (August 19, 2022)

#16. Boeing forced to move headquarters out of Chicago, in victory for antiwar activists (July 29, 2022)