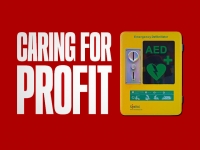 The list of companies we have profiled includes: DomusVi, Korian and Orpea in France; Alloheim, Asklepios Kliniken, Fresenius and Sana Kliniken in Germany; Quirónsalud in Spain; Luz Saúde in Portugal; Penta Investments in Slovakia; Hirslanden in Switzerland; Barchester Healthcare, BUPA, Spire Healthcare in the UK as well as Ramsay Health Care in Australia (with subsidiaries across Europe).

These profiles are published on Gulliver, our online database database of global wrongdoing that allows users to instantly find details of corporate crimes anywhere in the world - and how communities are organizing to hold these companies accountable. We conducted this research as part of a collaboration with the European Network of Corporate Observatories (ENCO).

The healthcare sector - once firmly a public sector service across many countries in Europe - is slowly, but surely, being privatized. The reasons for this are manifold - such as an effort to reduce government debt; the belief that the market can solve the problems of waiting lists; and not least the dire need for capital to pay for infrastructure upgrades.

Yet increasingly the evidence is beginning to show that the results can be tragic and deadly. CorpWatch used data provided by Manuel Rico, the investigations director of infoLibre, a Spanish investigative journalism website, to visualize data on the impact of privatization on care homes in the Community of Madrid during the first wave of the COVID-19 pandemic. Specifically, we looked at the mortality rates and the percentage of residents who died without receiving hospital treatment to contrast the results of the two major companies (DomusVi and Orpea) with that of homes managed by the public sector. The data shows that almost twice as many died at private eldercare homes as did at public ones. (Scroll down to learn more.)

The same is true in France, where Korian and Orpea are the two biggest operators of eldercare homes. Jean-Louis Touraine, vice-president of the French Hospital Federation, told the French Parliament that some 12,000 COVID-19-related deaths could have been avoided had private eldercare homes followed the same rules as public ones. "The mortality due to COVID- 19 was observed to be significantly higher in private facilities than in public facilities,” he said.

Just as telling is a study conducted by Benjamin Goodair and Aaron Reeves of the Department of Social Policy and Intervention at the University of Oxford, and published in the Lancet magazine, that shows that 557 additional deaths, from all sorts of diseases, in the UK could have been attributed to changes in private-sector outsourcing between 2014 and 2019 in the 173 clinical commissioning groups that they had data for.

The reasons are not hard to divine. Private companies are driven to maximize profits - and the easy way to do this is to cut salaries, lay off staff and close unprofitable operations, which in turn leads to higher work burdens for those left and a lack of capacity to respond to crises like the COVID-19 pandemic.

For example, in Germany, Asklepios was accused of corporate greed after closing the children’s ward of the Asklepios Clinic Parchim, obliging residents to travel 40 kilometres to the Schwerin Clinic, the nearest medical facility for children while Sana Kliniken was accused profit-seeking behavior after announcing it would be closing the radiology department in Düsseldorf. UNISON - the UK public service union- says that Ramsay Healthcare allegedly pulled out of operating a 25-bed private patient unit at the Princess Royal University Hospital in Bromley in the UK because it was not "proving commercially viable."

In Spain, Quirónsalud, a subsidiary of Fresenius, has taken over King Juan Carlos hospital as well as Villalba hospital in and around Madrid. "The lack of personnel to reduce expenses and increase profits means that, for example, in the intensive care unit, each nurse cares for three or even four patients, when in public hospitals the ratio is two," an organizer of a protest outside Villalba told El País newspaper in September 2019. "Due to the lack of staff, the dinner trays go uncleaned all night until the morning shift begins. Newly qualified professionals attend up to 18 patients on each floor.”

The story is the same in other countries. “The staff are overloaded and we, the residents, suffer,” one resident of an Orpea home in Brussels, Belgium, told Radio Télévision Belge Francophone. "They are girls who are stressed, they have to run all the time, they are under constant pressure.”

In the UK, former BUPA staff described scenes of absolute horror. “It was like a concentration camp, somewhere where life no longer had any value,” Eileen Chubb, a whistleblower who worked at the BUPA-run Isard House in Bromley, London, told The Oldie magazine. “[Staff] were pulling people, pushing them over, grabbing them, dragging them along, pulling their hair. People were covered in bruises, left in bed from 8pm until 4pm the next day without drink or food, soaked in urine and faeces, their skin starting to break down.”

When workers have objected, these for-profit healthcare companies have engaged in anti-union and anti-whistleblowing scare tactics. In 2010, Orpea was charged with paying Groupe Synergie Globale, a private intelligence company, to use actors (known as ‘implants’) to spy on union representatives and other employees at three of its establishments in France: Rhône, Val-de-Marne and Val-d'Oise.

Romana Knezevic, a nurse at the Asklepios Klinik St. Georg in Hamburg, Germany, was fired for speaking to the media about working conditions in 2021. The same year, Luz Saúde management told security of Hospital da Luz in Lisbon, Portugal, to bar organizers from the Sindicato dos Trabalhadores do Comércio, Escritórios e Serviços de Portugal (Trade, Office and Services Workers Union of Portugal, CESP/CGTP-IN) from contacting workers.

The situation is even worse in Slovakia where Penta Investments operates 13 clinics and 17 hospitals in 24 cities of Slovakia, making them the largest private healthcare provider in the country. But Penta does more than just provide health services: They also own Dôvera, one of the three health insurance companies in the country, as well as Dr. Max, a network of pharmacies.

Some Slovakians think that Penta Investments has too much power. “If someone owns the largest private health insurance company, a network of clinics and hospitals and also produces and distributes medicines… if it’s not a monopoly, I don’t know what it is,” says Peter Visolajský, the head of Lekárské Odborové Združenie or LOZ (the Slovak medical doctors union).

These CEOs don't just get paid well, they even get special medical treatment. The CEO of Hirslanden, who lives in South Africa, was given the company's first COVID-19 vaccination shot before the public were allowed to get theirs. The same was true of managers of Luz Saúde residences who were allowed to skip the queue.