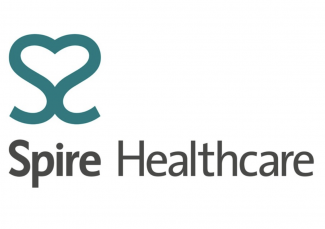 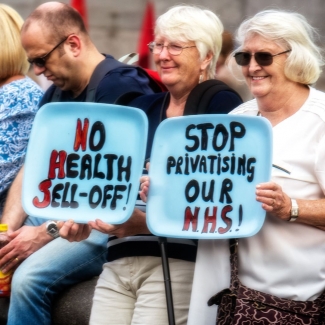 Spire Healthcare is one of the UK’s biggest private healthcare providers. It was involved in one of the sector’s biggest scandals in UK history, when it was revealed that Spire surgeon Ian Patterson had subjecting more than 1,000 patients to unnecessary and damaging operations over the course of 14 years. According to an independent inquiry, various colleagues had been voicing concerns about the surgeon since 2003 within both Spire and the NHS but he wasn’t suspended until 2011. Spire’s total compensation paid to victims has now reached £50 million (US$ 61.45 million). Countless other similar cases, both of unnecessary surgery as well as medical negligence during surgery, have been brought against the British healthcare giant for years.

Popular resistance to Spire Healthcare has focused on the issue of the privatization of healthcare in the UK, in other words the privatization of the National Health Service (NHS). Groups like NHS For Sale, Keep Our NHS Public and Defend Our NHS have staged protests against cuts for the NHS and public funding of companies like Spire, who turn health into a profit-seeking venture. A 2013 inquiry by the Competition Commission into the private healthcare sector found that Britain’s three largest private hospital operators – BMI Healthcare, HCA International and Spire Healthcare – are overcharging by as much as £200 million (US$244 million). During the pandemic, Spire Healthcare, alongside other private healthcare providers, were given huge sums in public money to help the public sector fight coronavirus, a move criticized by many social movements.

Individual Records & Summaries
Spire Healthcare Violation Tracker
Information in this section is drawn from the Violation Tracker database produced by the Corporate Research Project of Good Jobs First in Washington DC. It is the most comprehensive source of data on business violations of laws and regulations in the United States. For specific examples of misconduct, please click on the links.

Published by
The Reaction
| By
Chris Blackhurst
|

The Private Sector Will Destroy the NHS, Not Save It

Published by
Jacobin
| By
Jatinder Hayre
|

Some in the Labour Party support using the private sector to bring down NHS waiting lists. But private health care is about putting profit over helping patients — not saving a public health system.

Published by
NHS For Sale?
|

Over the last decade the private sector has been given a chance to run a far great range of NHS services, and in areas like mental health and diagnostics the NHS is heavily reliant on their capacity

Published by
Keep Our NHS Public
| By
John Puntis
|

Michael Walsh, a shoulder surgeon, has been sacked by Spire Healthcare and accused of subjecting scores of patients to unnecessary operations that left many in pain, traumatised and unable to work.

The NHS is being systematically dismantled by privatisation

Published by
We Own It
| By
Judith Niechcial
|

You may not know that so-called NHS 111 is not the NHS at all. 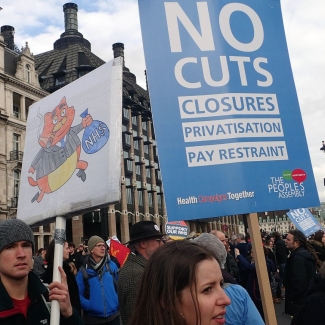 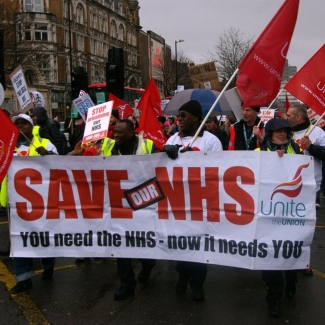 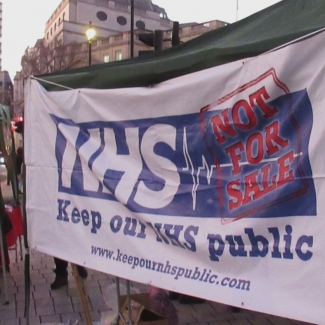 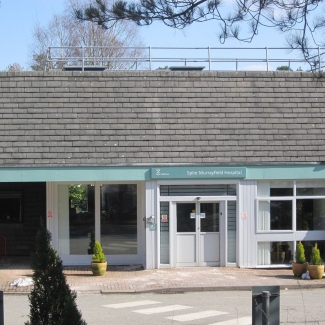 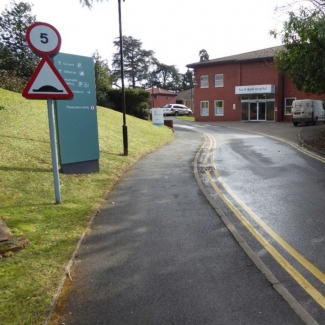 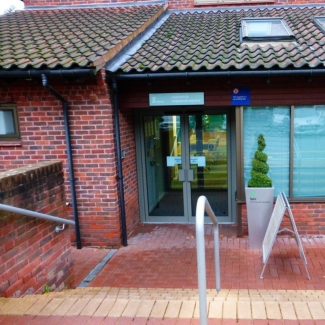 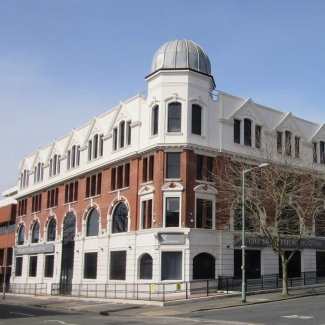 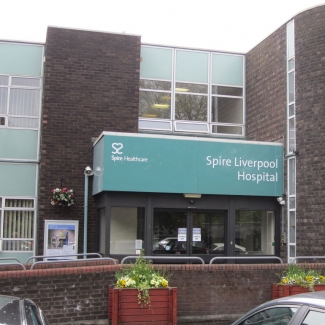 Some 25 households around the private Spire Hospital in Redland have submitted objections to the 281-space car park proposal, branding it ironic and "extraordinary" that a hospital should seek to increase a reliance on car travel.

Women given unnecessary or incomplete breast operations by a surgeon at two private hospitals have protested about delays in receiving compensation.

Only last week, three companies – Spire, Circle and Ramsay Health – announced large year-on-year increases in their NHS income. Spire, which has 35 clinics and hospitals which offer NHS-funded care, took £117m of NHS money in the first half of this year – up 29 per cent.

A leading medical negligence law firm, with more than 100 ongoing legal claims against Bristol-based mesh surgeon Anthony Dixon, is seeking court approval for an Alternative Dispute Resolution (ADR) scheme – which it hopes will speed up the legal process for his victims at Spire Bristol.

The deaths all occurred at the Spire Hospital, on Old Watton Road in Norwich. The cases are not known to be connected, but a spokesperson for the coroner explained that the three deaths raise similar concerns, and it is proper to investigate them together since there is a potential link.

A private hospital has been ordered to pay £20,000 after it delayed telling patients about a surgeon's bad practice in the first prosecution of its kind. Upper limb orthopaedic consultant Mike Walsh worked at the Spire Leeds Hospital from 1993 until he was suspended in 2018, a judge was told.

Spire Healthcare has admitted to its part in an illegal price fixing scandal that saw one of its hospitals overcharge patients with eye disorders. The Competition and Markets Authority (CMA) ordered the firm to pay £1.2m in fines following the conclusion of its investigation.

The rogue breast surgeon Ian Paterson subjected more than 1,000 patients to unnecessary and damaging operations over 14 years before he was stopped, an independent inquiry has found... Despite colleagues voicing fears about Paterson from 2003, he was allowed to continue working and was not suspended by the NHS and Spire until 2011.

Consultant psychiatrist who worked at Leeds Spire Hospital under investigation

Malikayil Skaria Alexander was the subject of an interim order hearing held in October last year when a number of conditions were placed on his licence.

But the report did not find negligence in the care provided. Spire was ordered to make a "goodwill payment" of £2,250 to Mrs Lewis.

The patients are taking legal action against Dr Nair following prostate, bladder and kidney treatments carried out by the surgeon at Heartlands Hospital in Birmingham and Spire Parkway private hospital in Solihull.

The provisional findings from an inquiry into the sector found that the largest three hospital operators – BMI Healthcare, HCA International and Spire Healthcare – have capitalised on weak competition, particularly in areas such as London, to negotiate policy pricing to their advantage.

Charlie Leahy, who was being treated for terminal bowel cancer, died of a heart attack at the Spire Roding Hospital in Redbridge in 2009. Now a former nurse there has raised questions over his care - leading Iain Duncan Smith to call for an inquiry.

Spire Healthcare, in Birmingham, would not confirm how many patients of Munawar Shah would be recalled. It comes after Walsall Healthcare Trust announced it was recalling 600 NHS patients who underwent shoulder surgery performed by Mr Shah.

Dr Narayanasamy Raghuraman was working at the Spire Hull and East Riding Hospital in Anlaby when he made the terrible mistake although the physical or mental impact on the patient has not been made clear.

A shoulder procedure carried out at the private Spire Parkway Hospital by consultant orthopaedic surgeon Amir Salama was reviewed after concerns were raised about the operation, Spire Healthcare said.

Hundreds of patients for the UK’s second largest private healthcare provider have been recalled over concerns about operations performed by surgeon Habib Rahman.

Spire Hospital cancels operations over Christmas amid claims it is ‘filthy’

A whistle-blowing employee said: “The theatres are in a dreadful state of poor cleanliness. They are filthy and have to be deep-cleaned.”

A grandfather has received a payout from a private hospital after having his bile duct severed during a botched gallbladder operation outsourced by the NHS. Keith Salt, 60, now has a shortened life expectancy after suffering complications during a procedure at the Spire Parkway Hospital in Solihull, West Mids.

But she says that after Spire Little Aston Hospital took the trouble to anaesthetise her, they immediately stitched back up again having spotted that the cysts were in fact two-and-half inches of plastic tubing, left inside her from a previous operation.

Private firms will be paid millions to treat NHS patients over the next three months as part of a new deal, slammed by campaigners as a “disgraceful waste of public funds.” ... Firms benefiting from the agreement include Practice Plus Group, Spire Healthcare, Nuffield Health and Circle Health Group.

The boss of a private hospital company has been awarded an annual bonus worth more than £300,000 after the business he leads benefited from an NHS contract worth £360m during the Covid-19 pandemic.

Having signed up to NHS England’s deals awarding an eyewatering £10 billion to private companies, Spire’s profits, along with more than 90 other providers, are guaranteed for the next four years.

Talks commenced on Friday with private health provider Spire, which has 39 private hospitals across the UK.

"Although Spire has been reconstituted during 2014 as a UK stock exchange-quoted company, it is still controlled by a Guernsey-based private equity operation, while Bio Products Laboratory Holdings is owned from the Cayman Islands by Bain Capital, another private equity fund."

CorpWatch is still gathering procurement data on Spire Healthcare at this time.