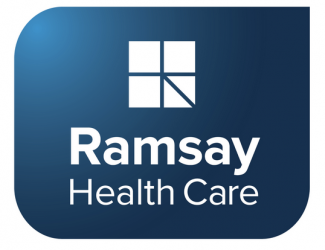 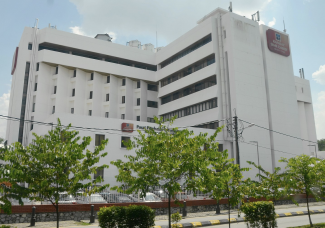 Ramsay Health Care is an Australian healthcare giant with subsidiaries present in countless countries, from the UK to France to Indonesia. Its facilities in France have undergone almost constant strikes by workers who allege understaffing, poor working conditions and low salaries, amongst other issues. In the UK and Australia protests against the company have focused on the issue of privatization, as movements demand that health care should be universal and free. The Australian community of Mildura recently celebrated a victory as a Ramsay-run hospital was returned to public hands after years of campaigning by the groups Mildura Hospital Conversation and Reclaim the Base.

Ramsay-run facilities have also faced several investigations, lawsuits and complaints in the UK for poor treatment, resulting in serious injuries or even deaths. In one case, an inquest into Elysium Healthcare, a Ramsay subsidiary, found “serious failures” contributed to death of an autistic teenager at a mental health unit. In France, the company is facing a serious lawsuit over rape allegations by a number of female caregivers. After a first instance was reported, the management of the Ramsay-run clinic allegedly "stifled" the case, according to the CGT union.

Individual Records & Summaries
Ramsay Health Care Violation Tracker
Information in this section is drawn from the Violation Tracker database produced by the Corporate Research Project of Good Jobs First in Washington DC. It is the most comprehensive source of data on business violations of laws and regulations in the United States. For specific examples of misconduct, please click on the links.

And in comes the supermarket medicine (Article in French)

Unhealthy Influence: The Rise of the NHS Partners Network

The transformation of a small private healthcare trade association into a powerful and influential lobby group provides a clear indication of the direction the NHS has taken.

Who benefits from the bailout of private hospitals?

Published by
We Own It
| By
Vivek Kotecha
|

The government’s recent deal with private hospitals, who will provide their beds and staff to help the NHS cope with coronavirus, has been framed as a significant boost for t

Published by
Keep Our NHS Public
| By
Jatinder Hayre
|

In 2020, the Government contracted the private healthcare sector to support the NHS in battling the pandemic; yet the private sector prioritised its own pocket over the public.

The policy scandal of a $11b taxpayer subsidy to private health insurance.

I don’t think that I can recall a domestic policy that is so outrageous as the $11 b. annual cost to the taxpayer of the subsidy to private health insurance (PHI) companies. The subsidy is paid to policy holders, but it really means that PHI companies receive the benefit of the subsidy.

Want to earn as much as Australia’s highest-paid chief executive? No problem. All you have to do is stick at your job and work hard for … 669 years.

Published by
The Guradian
| By
Rob Davies
|

The government has been urged to publish details of up to £2bn in Covid-19 contracts awarded to private healthcare companies, including some that have helped fund the Conservat

Private hospitals get mega-bailout from the NHS

UNISON - the UK public service union- says that Ramsay Healthcare allegedly pulled out of operating a 25-bed private patient unit at the Princess Royal University Hospital in Bromley in the UK because it was not "proving commercially viable."

Nurses and midwives employed by Ramsay Health Care at the Cairns Private Hospital, in Far-North Queensland, walked off the job for an hour on August 5 in a dispute for a new enterprise agreement.

France: Burn-outs, resignations, nurses fed up ... in Versailles, the clinic of the Franciscans on strike

All the employees of the private hospital protested on Monday to denounce the lack of staff and the poor working conditions within the establishment.

Since November 15, employees of this clinic, which belongs to the Ramsay Santé group, have been protesting, demanding management abandon its plan to outsource cleaning and hotel services to the company Elior Health.

France: A rally this Saturday in front of the union clinic in Saint-Jean to protest against paid parking

Since the beginning of 2021, the union clinic of the Ramsay Santé group, located in Saint-Jean near Toulouse, has set up paid parking. A collective of mayors and residents are now demanding its withdrawal.

France: The largest hospital of the Ramsay Santé Group on strike

On June 23, 2021, the night staff of the Réa clinic were unable to leave their post after 12 hours of continuous work because the relief workers were on strike. This represented a serious and imminent danger. The CGT sent a letter to the Regional Health Agency (ARS), the prefect and the labor inspectorate to denounce the endangerment of employees and patients.

They arrived with the sign "Clinique du Parc, 35th day of strike"... October 15 marked the end of the conflict. They demanded an increase of €100, they signed for €60 net, an "exceptional" bonus of €100, plus an agreement on the dressing/undressing bonus, included in the collective agreement, but never paid, and a bonus for interest.

It was under a blazing sun, this Monday, September 14 at 1 p.m., that the CFDT Santé-Sociaux called on the employees of the Belharra clinic in Bayonne to come together. The union denounces a new project to organize the establishment, owned since 2017 by the private group Ramsay Santé.

“It was just over a year ago in August 2019, that the Andrew’s Labour Government announced that Ramsay Health’s tenure as the, for profit managers of our public hospital, would conclude in September 2020. It was a monumental and very emotional day and testament to the power of the people,” she said.

France: "100% of the nursing staff" of the Ocean Clinic on strike, in Le Havre

“We have been alerting to the situation for years,” explains the nurse. After the national mobilization of June 16 for caregivers, the nurses and caregivers of the establishment specializing in the care of patients suffering from psychiatric disorders, therefore decided to harden the movement."

France: Health: the administrative staff of the Ramsay group does not want to leave the region

About forty employees of the establishments of the Ramsay-Générale de Santé group walked out for an hour on Monday afternoon, in front of the private hospital in Bois-Bernard. They were protesting against a plan to relocate the group's administrative services to Val d'Oise: around fifty people are affected in the region.

France: Clinique Croix du Sud: the strike wins all services, half of the operations canceled

Half of the staff at the Croix du Sud clinic, east of Toulouse, went on strike on Monday to demand human and material resources and a salary increase. This movement led the management (Ramsay Générale de Santé group) to cancel around a hundred surgeries.

France: Marseille: employees of the Monticelli clinic at the Vélodrome on strike

The health group Ramsay Générale de Santé allegedly paid 6.4 million euros in dividends to its shareholders, but only offered 10 euros in bonuses to its employees according to the CGT union. The workers have been on strike since 7 a.m. this morning.

Nadia’s heartbroken mother Lorraine told the Sunday Mirror: “We’ve had two inquests in two weeks. That can’t be a coincidence. Elysium are making vast amounts of money out of our children and not caring for them properly."

The inquest jury concluded that Elysium Healthcare failed to properly protect Brooke. The jury outlined the following factors as contributing to her death: "The failure of staff to communicate information regarding an incident five days prior to her death."

Hussien El-Maghraby's surgery on Judith Mills left her with nerve damage and bladder incontinence. Mrs Mills, who spent seven months in hospital, discovered the details of the botched operation following a BBC investigation. Surgery providers Ramsay Healthcare said he did not provide the level of care patients have the right to expect.

France: Caregivers from a Ramsay Santé clinic file a complaint over rape

A clinic of the Ramsay Santé group in Drancy (Seine-Saint-Denis) was allegedly the scene of rapes and sexual assaults on caregivers, who filed a complaint.

Victorian health authorities are investigating a coronavirus outbreak at a private psychiatric facility which has resulted in at least 14 confirmed cases of the virus so far.

Ramsay Healthcare, which runs Berkshire Independent Hospital, apologised to Mr Healey's family and said an internal investigation had been completed "to ensure that all lessons have been learned and the practising privileges of the consultant have been terminated".

Australia's largest private hospital operator will face the Federal Court to answer accusations by the consumer watchdog that it abused market power by warning a group of surgeons away from a potential competitor.

"It's unbelievable. Dad chose the Yorkshire Clinic because we expected a high standard of care to be provided but we have been shocked by what happened."

Australia: Man forced to wait 24 hours in ED while having a stroke

Mr Prissmann had a serious migraine and was vomiting when he was rushed by ambulance to Monash Medical Centre in early May. After waiting 24 hours in the emergency department, he was eventually admitted for four days in a day ward and then released. Mrs Prissman claims he was released without an MRI being performed.

The legal team has now secured Anthony a settlement from Ramsay Healthcare, which ran the Horton Treatment Centre. Ramsay Healthcare apologised for the “shortcomings in the care provided and accepted that if antibiotics had been prescribed initially, Anthony would have avoided the severe infection and surgical intervention.

It has until now offered chemotherapy care to treat cancer, but it announced that it will have to give it up following an increase in the price of treatment demanded by its supplier, the Sainte-Marie Hospital in Chalon-sur-Saône, owned by Ramsay.

The Care Quality Commission has branded Oaklands Hospital, which treats thousands of NHS patients, ‘inadequate’... In a statement from operators Ramsay Health Care UK said: “We acted immediately after the CQC inspection at Oaklands Hospital in October 2016, standing down the management team..."

In all, 19 patients received overdoses during surgery at Mount Stuart hospital, Torquay, part of the international private company, Ramsay Health Care on 26 July. The same drug error may have happened at the hospital the previous month, according to a report written in September and published by Ramsay on Tuesday.

The Health and Community Services Union says Ramsay Healthcare failed to pay between 20 and 30 staff the correct amount over the past six years.

Ramsay Health Care, the company with the greatest number of contracts in the NHS to provide services, has used a subsidiary in the Cayman Islands to finance the purchase of a French health company for its Australian parent.

France: Red Cross centers in Ile-de-France soon to be bought by Ramsay Santé

This sale, justified by a deficit, arouses concern among the staff as well as in the municipalities concerned.

Unison claims private companies delivering NHS healthcare have a history of failing to deliver the services they have been paid for.

Ramsay Healthcare signed an agreement with Albury Wodonga Health to run the new publicly-funded Cancer Centre in Albury Wodonga that was officiated this week... General Secretary of the NSW Nurses and Midwives’ Association (NSWNMA), Brett Holmes, said privatisation was not the answer as it ended up costing taxpayers more in the long-run.

The privateers eating our health service

So Ramsay, one of Britain’s larger private hospital firms, isn’t really private at all. Nearly four out of five patients actually come from the NHS, thanks to privatisation. Ramsay’s £422 million annual turnover relies on a huge injection of NHS cash — far more than private health insurance.

EXCLUSIVE: Private hospitals were paid over £1.5 billion during the pandemic

Ramsay Health Care, which operates 34 UK hospitals and treatment centres, won contracts worth up to £380m. Its general counsel previously worked for the Department of Health and Social Care between 2008 and 2013.