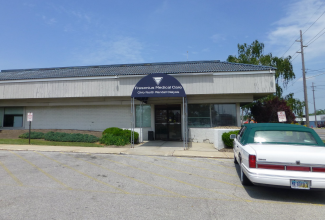 Fresenius is a healthcare company that owns dialysis clinics and manages hospitals, in addition to manufacturing medicines and medical supplies. It was founded in 1912. In 2016, the company agreed to pay out $250 million in compensation to families of U.S. patients who died of heart attacks after being treated with GranuFlo and NaturaLyte treatments used in dialysis machines to cleanse patients' blood, for failing to warn them about potentially deadly side effects. Fresenius has also been fined $50 million after employees were caught destroying records prior to a 2013 inspection of a plant that manufactured cancer medicines in Kalyani, West Bengal, India.

The company agreed to pay $231 million to the U.S. in 2019 to drop an investigation into bribe payments in Angola, Morocco, Saudi Arabia and Spain, that the company admitted making. In 2019, the Fresenius Global Union Alliance was launched by 21 unions in Frankfurt to represent company workers who are employed in over 100 countries in the world, to combat anti-trade union practices by the company especially in Peru, South Korea and the United States.

Individual Records & Summaries
Fresenius Violation Tracker
Information in this section is drawn from the Violation Tracker database produced by the Corporate Research Project of Good Jobs First in Washington DC. It is the most comprehensive source of data on business violations of laws and regulations in the United States. For specific examples of misconduct, please click on the links. 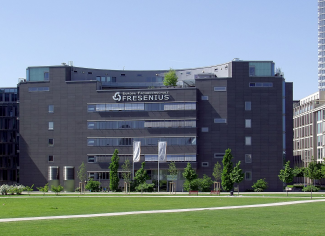 Another rally was held near the Ministry of Health of Kyrgyzstan in Bishkek. Patients in need of hemodialysis took part in the peaceful protest.

he German worldwide operating multinational health company Fresenius is not respecting trade union and workers’ rights in all its operations.

Fresenius, through its various divisions, is ranked in the top 260 global corporations. Fresenius Medical Care is the world’s largest dialysis company.

Fresenius Agrees to Pay $5.2 Million to Resolve Allegations that it Overbilled Medicare for Hepatitis B Tests

Kidney dialysis patients certainly have enough on their minds. They shouldn’t have to be worried that the liquids being used during dialysis are dangerous or defective. Yet they do, at least when it comes to using GranuFlo and NaturaLyte – both of which have been linked to serious side effects.

An Indian drug manufacturer has agreed to plead guilty to concealing and destroying records prior to a 2013 US Food and Drug Administration's inspection of its plant and pay USD 50 million in fines and forfeiture, the Department of Justice has announced

Unions say Fresenius is in violation of Korean Labor Law

More than 50 workers and union representatives from Europe, North and South America and Asia will converge on 16 and 17 May in Frankfurt/Main, Germany – in parallel with Fresenius’ annual general meeting of shareholders. Fresenius directly employs around 280,000 workers in 100 countries.

Kidney patients have staged a protest outside their Birmingham dialysis unit after staff jobs were axed.

Demanding fair treatment for its workers, registered nurses and health care workers from Fresenius dialysis clinics leafleted on December 16 at 21 facilities of Fresenius Medical Care (FMC), calling on the largest dialysis company in the U.S. to be fair to its workers.

Subsidy Tracker is a project of Good Jobs First in Washington DC. It is the most comprehensive source of data on state and federal subsidies in the United States. For more details, click on the links.
Click here for details of subsidies received by Fresenius.
Tax Havens

Trade unionists from around the world condemn poor working conditions at Fresenius and its international subsidiaries. The German DAX 30 company has long been in the spotlight for tax evasion and corruption.

German healthcare giant Fresenius has avoided up to €2.9 billion in taxes worldwide through aggressive tax planning, according to a new report by the Centre for International Corporate Tax Accountability & Research (CICTAR) in cooperation with the European and global public service trade union federations EPSU & PSI and the Tax Justice Network.

German companies are among the world’s leading tax avoiders

When it comes to tax avoidance, the German DAX 30 company Fresenius is just as aggressive as the often-criticised US tech giants Apple, Amazon and Facebook.

When it comes to avoiding taxes, German companies are just as tricky as the often-criticised US giants Apple, Amazon or Facebook.

Fresenius contracts with the U.S. federal government (via USA Spending.)