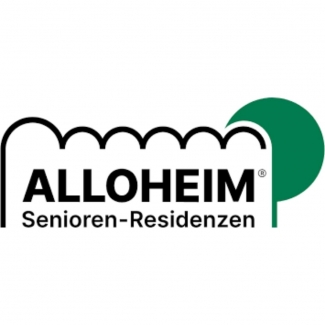 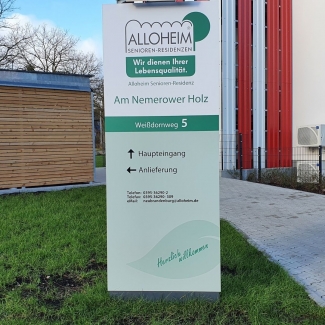 Founded in 1973, Alloheim began as a small family-owned nursing home in Bad Marienberg. Over the past almost 50 years, the private care home provider has increased to become Germany’s second-largest care provider with a staff of 22,000 working across its 242 care facilities. In 2019, Alloheim was bought by the Swedish buyout group Nordic Capital, which has sparked concerns about the increasing role of financial investors in healthcare. Alloheim has come under repeated criticism over the years for issues like understaffing, mistreatment of residents and poor living conditions including lack of food, mold on walls and poor hygiene.

During the Covid-19 pandemic, several of the giant’s nursing homes became hotspots of virus outbreaks. Families of residents repeatedly complained about the lack of hygiene conditions and understaffing, with even the German Ministry of Health expressing concern about the Alloheim-run nursing home in Bredstedt. In one case, the head of an Alloheim nursing home was fined for entering the building after testing positive for COVID-19. In another case, families of residents were reportedly left in the dark about the health situation of their loved ones.

Violation data is still being gathered for Alloheim Senioren-Residenzen at this time.

Built for profit. About the devastating consequences of the privatization of the healthcare system (Article in German)

How Investors Are Taking Over Care (Article in German)

Published by
Spiegel
| By
David Böcking
|

Published by
NTV
| By
Kevin Schulte
|

Published by
Zeit
| By
Tina Groll
|

Financial investors in geriatric care: the goal is profit-maximization (Article in German)

Published by
Ver.di
| By
Daniel Behruzi
|

Profiting from Care (Article in German)

Published by
Tagesschau
| By
Sandra Stalinski
|

Big Business at the Expense of the Sick (Article in German)

Seniors in Haltern as Victims of Profit Hunters? (Article in German)

The workforce is resisting the replacement of their boss

Good-quality care for all, now!

What is happening at Alloheim is by no means an isolated case. It shows that when health becomes a business, it is at the expense of nursing staff and patients. That is fundamentally wrong, because the working conditions and the shortage of staff will only change if the system is oriented towards people and not towards profits.

Remunicipalisation of the Health System

With the advent of neoliberalism in our society, the health system has also privatized its facilities and thus become commercialized. This applies to hospitals such as Helios, Asklepios or Sanakliniken, retirement and care homes such as the Korian Group, Alloheim-SeniorenResidenzen...

“The Alloheim chain is a European public limited company. It is unacceptable that European stock corporations, such as Alloheim Senioren-Residenzen SE, and corporations can use the care of people and their lives in care homes to maximize profits and generate the highest possible returns..."

Stop the financial investors in care

Poor hygiene, neglected patients, violations of the quota for skilled workers. The Alloheim chain from North Rhine-Westphalia, with its 160 care homes nationwide, has made negative headlines nationwide. Two homes have been closed and at least one other is not allowed to accept new residents.

The employees of the retirement home are upset with the actions of the group. Above all, they complain that they were informed about the closure at very short notice.

An RTL reporter from Team Wallraff posed as an intern at the Auetalblick nursing home in Malen. She speaks of excrement-smeared patients and overwhelmed staff.

For two weeks, undercover reporter Judith researched the Alloheim care home in Dormagen and discovered serious grievances: A resident says, for example, that she was "swimming in water" because her insoles had not been changed for such a long time.

Investigation: Care homes as profit machines for corporations and investors

At the same time, the financial jugglers often only employ as many nursing staff as required by law. According to Alloheim, 60 percent of the income goes to the home staff. The company explains that this is “within the usual industry limits”.

The Covid-19 outbreak at the Alloheim Bramsche care home began just over a year ago. However, the investigation by the Osnabrück public prosecutor's office against the then head of the care home has not yet been completed.

The District Court of Lingen has acquitted the managing directors of the Düsseldorf Alloheim Group, Rainer Hohmann and Thomas Kupczik, in fine proceedings. At the same time, the judge massively criticized the conditions that prevailed in the group's Lingen home in 2018.

The home supervision imposed a freeze on admission for the Azurit senior center in Sörgenloch. The Essenheim Alloheim senior center is also heavily criticized by relatives.

An initial agreement has been reached between Alloheim and Bremen Housing and Care Supervision. The operator of the care facility on Marcusallee had come under criticism for alleged defects in his Bremen care home.

The NDR reported on two retirement homes in North Friesland on Thursday. Both belong to Alloheim. A nurse reported from the Alloheim in Bredstedt. The report mentions not enough food for the residents, mold on the walls and a lack of staff. One resident died because no one was there to perform a chest compression.

What opportunities do the supervisory authorities have to uncover and prevent abuses in care homes such as the Alloheim facility in Ludwigsburg? The test reports are often not very enlightening.

The Johanniter, the Diakonisches Werk, the Evangelical City Mission, Alloheim, Helios clinics and Cura health clinics have confirmed searches of their homes to the SHZ. However, there are many more companies being investigated by authorities. "All the leading providers are among them," according to an investigator.

Retirement home rejects job applicant because of her trans identity

Specifically, it is about the application of the 27-year-old trans woman from Duisburg, Sophie Pfluger, who was working as a trainee at a care home of the Düsseldorf operator Alloheim Senioren-Residenzen.

Lack of care workers in Dormagen Alloheim: The facility has been criticized on several occasions

The care home, which was the focus of attention due to a lack of care, had already been the focus of control authorities in the past year. Employees were on site several times for unannounced checks.

Former care worker at Alloheim: "I couldn't reconcile it with my conscience"

She worked for Alloheim in the Beckinghausen care home for many years and is shocked: "I couldn't believe Alloheim's response."

For about a month, families of residents have been making serious allegations against the Alloheim Group's care facility on Marcusallee... Few permanent staff and overworked staff have led to abuses, families report.

In the report, two women, who each placed a relative in the care of two different Alloheim care homes, strongly criticized the conditions in the homes. One claims that while her mother was at an Alloheim care home, she suddenly had large bruises on her face and a broken arm.

Trade unions and works councils are not wanted

Alloheim's management is not on good terms with unions and works councils, as the employees of the facilities in Berlin had to find out. In Berlin, Alloheim bought the care homes of the company Poli Care. After the takeover, the employees began complaining about the excessive workload.

Further Alloheim facilities are having issues

It is not the first Alloheim Group home to be closed due to deficiencies. There were similar allegations in Simmerath (North Rhine-Westphalia) until the home supervisor prohibited operations in October 2016.

Criticism of conditions in the Assenheim care home

Since the retirement home, which opened in Assenheim in 2013, was sold by Inter Pares to the Alloheim Group a year ago, things have been going downhill, says the nurse in "Haus Taunusblick". "The difference is like day and night." She was discouraged, at the end of her strength.

The head of the Alloheim care home has also been fined for entering the building after testing positive for Covid-19.

The Covid-19 pandemic and the privatization of the healthcare system

Alloheim: The Ministry of Health is "concerned" and has scheduled a call with management

The Ministry of Health only commented on the Bredstedt case. The authority does not comment on complaints at the Niebüll site.

Alloheim Grömitzer: New details and a lot of criticism after the Covid-19 outbreak

There are numerous Covid-19 cases in the Grömitz care home. Relatives are raising serious allegations against the operator Alloheim.

A total of 18 residents died in the Bredstedter Alloheim care home. Employees and relatives of residents raise serious allegations against the leadership of Alloheim in Bredstedt.

After a massive Covid-19 outbreak with 25 deaths in the Alloheim care home in Bramsche at the beginning of April, the head of the facility was dismissed. "The old home manager has been replaced. The position is currently occupied by an interim home manager," said a spokesman for the Osnabrück district when asked by NDR.

In a Bremen care home in the Alloheim chain, hygiene standards are said to have been disregarded and Covid-19 infections reported too late.

Alloheim in Bramsche: Relatives were left in the dark by the home management

Informing relatives about the state of health of their loved ones does not seem to have taken place, at least so far... Our editorial team reported exclusively on Tuesday morning, even before other local media got wind of the matter, about the massive Covid-19 outbreak at the Alloheim Bramsche care home.

Temporary work in elderly care: "I'm not going back anymore!"

"Temporary employment agencies are springing up like mushrooms," says Grunert. And in the two Bremen Alloheim facilities, the proportion of temporary workers is 50 percent: "You can imagine how poorly the people are cared for there."

Urine stains on the bedding, emergency call buttons out of reach of bedridden people in need of care, not enough to eat and drink, even one death because no trained nurse was available in an emergency - the list of allegations against two nursing homes in Bredstedt and Niebüll is long.

Employees at the Alloheim senior citizens' residence in Sonthofen were intimidated and put under massive pressure, says Claudia Weixler from the Food, Pleasure and Restaurants Union (NGG) in Kempten.

The renewed sale of the nursing home operator Alloheim has been known for a long time. Now it's official: Nordic Capital from Sweden is buying Alloheim for around 1.1 billion euros. According to press reports, the private equity fund Nordic Capital – which has its headquarters in the tax haven of Jersey...

Alloheim bosses are receiving heavy criticism from the council

It was also criticized that the construction of senior-friendly apartments in the immediate vicinity has still not started. Here, too, Alloheim and now the current owner of the area always made promises that have not been kept.

Nursing home closed due to defects

The Alloheim "Anna Maria" old age home on Hohenzollernplatz in Ludwigsburg will be closed due to serious deficiencies in the areas of care and hygiene.

CorpWatch is still gathering procurement data for Alloheim at this time.