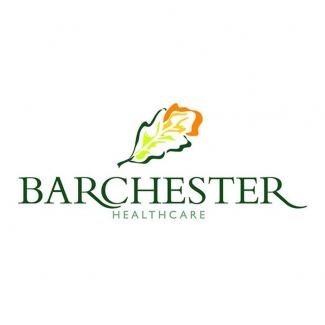 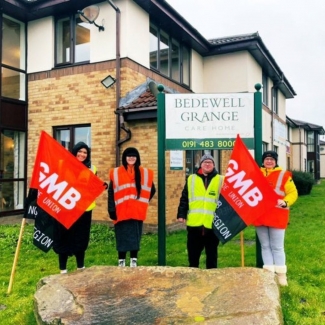 Carers at Barchester homes are reportedly also treated poorly, with an investigation revealing the company’s director earned 120 times more money than front line staff in 2020. In the same year, a nursing home employee won a legal battle against Barchester Healthcare after being the victim of racial harassment by his boss, who reportedly mocked him, followed him to the toilet on his breaks and threw his coat on the floor over claims it smelt of “Indian curry”. The former reception worker was awarded £7,000 in compensation for “harassment and direct discrimination”, and the company was urged to provide diversity training to all staff.

Individual Records & Summaries
Barchester Healthcare Violation Tracker
Information in this section is drawn from the Violation Tracker database produced by the Corporate Research Project of Good Jobs First in Washington DC. It is the most comprehensive source of data on business violations of laws and regulations in the United States. For specific examples of misconduct, please click on the links.

Published by
The Guardian
| By
Shanti Das
|

Published by
The National Scotland
|

SCOTLAND’S handling of the first wave of Covid-19 was shambolic, especially for those requiring full-time care. With an increasingly ageing population, elderly relatives requiring residential care is an issue directly impacting most Scots.

Published by
The New European
| By
Ian Birrell
|

Just as a recession reveals businesses in bad shape, so this pandemic has exposed the disastrous state of the social care system. IAN BIRRELL investigates a broken industry in tragic turmoil.

Published by
We Own It
|

The ultimate parent company for Barchester Healthcare is Grove Limited, is a shadowy private equity firm based in Jersey. Grove Limited is registered at the same Jersey address as Mourant Ozannes, an offshore law firm.

There is only one real scandal involved in the issues surrounding Health Minister James Reilly’s problems arising from his investment in a private nursing home in County Tipperary.

84% of care home beds in England owned by private firms

Published by
The Guardian
| By
Denis Campbell
|

More than eight out of 10 care home beds are provided by profit-driven companies, including more than 50,000 by large operators owned by private equity firms, research reveals.

Callous betrayal of our most vulnerable citizens

Published by
The Daily Mail
| By
Ian Birrell
|

The carnage is horrific as this hideous pandemic carves through care homes across the country, killing hundreds of residents despite the best efforts of devoted staff. 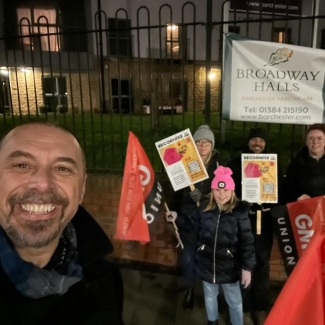 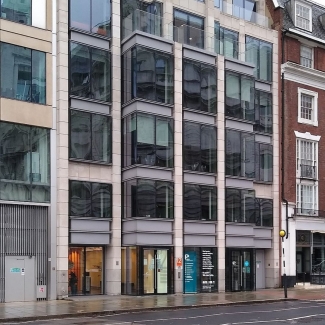 This includes Bupa and Barchester Healthcare in London; HC-One in Darlington; Four Seasons Healthcare in Cheshire; and Care UK in Colchester to call on them to commit to paying their workers the real Living Wage.

The GMB accused Barchester of making a “fresh attack on carers’ rights”. Rachel Fagan, GMB Lead Organiser, said: “If the government genuinely wants to help level-up low-paid workers and forgotten communities it cannot possibly be relaxed about care bosses stepping up the decade long race-to-the-bottom on the rights of care workers.

Barchester Healthcare has faced objections from local residents to plans to demolish a West Yorkshire care home and replace it with a new build... The residents’ group said the development would have serious implications for neighbours and care home residents would have very little outdoor space.

A planning statement says the intended operator is Barchester Healthcare who have been "involved in the design process to ensure that the proposals meet their operational requirements" and it adds that the proposed 2.5-storey facility with all ensuite bedrooms would offer up around 50 full time jobs.

The Competition and Markets Authority (CMA) is taking action in the Barchester consumer protection case under the pretence that consumer laws may have been broken.

Barchester Alexandra Court Nursing Home in Carntyne, which houses 53 vulnerable residents, is due to be closed down. Campaigner Alison Fisher has opened a petition to prevent the "safe haven" from closure – praising hard-working staff who treat residents "like family."

The claimant, Susan Milner, is bringing a legal case against Barchester Healthcare Homes Ltd arising from the treatment and care provided to Elsie Casey. It is alleged that Elsie’s rights under the Human Rights Act were breached as a result of the care provided to her.

In her judgment, Tribunal Chair Hilary Griffin ordered that Barchester Healthcare, which owns the home, award the employee over £7,000 in compensation for harassment and direct discrimination, and urged that it provide diversity training to all staff.

A damning CQC inspection report has found people were being put at risk of harm at a Barchester Healthcare home. Ritson Lodge in Great Yarmouth, Norfolk was rated inadequate following an inspection by the CQC that was prompted by whistleblowing concerns.

Concerns have been raised about the care of the elderly man, who passed away last week. Canmore Lodge is owned by Barchester Healthcare and is a purpose-built care home providing nursing, dementia and respite care for up to 68 people.

The CQC has revisited Barchester’s Wingfield Care Home in Trowbridge, Wiltshire, after receiving what it described as “information of concern”. The inspection came after Warminster woman Sue Snethlage expressed fears over the care of her mother Eileen Davies following her death last month.

The White Lodge, in Braydon, run by Barchester Healthcare Homes, was found to meet just one of the six standards assessed by the Care Quality Commission. The report showed concerns over users’ care and welfare, respect from staff, safeguards from abuse, medicine management and monitoring of service.

An investigation has been launched after an under-fire care home was reported to national inspectors... Last night, a spokeswoman for Barchester Heathcare, which owns the home, said: "We can confirm that an anonymous complaint has been made and, as with all complaints, this will be taken very seriously.

Barchester Healthcare — which is owned by Jersey-based Grove Limited — runs more than 200 care homes across the UK including 18 in Scotland. Some of its jobs for care workers are advertised at £9.90 an hour, just above minimum wage.

The wife of one resident says the lack care facilities in Hull is 'criminal'... Barchester Healthcare has confirmed the Castle Rise Care Home in Wawne Road in Sutton will close its doors by the autumn.

Kate Terroni, Chief Inspector of Adult Social Care at CQC, told the Daily Star: “CQC has been made aware of concerns regarding Forest Hill in Worksop, Nottinghamshire, which is run by Barchester Healthcare Homes Limited.

Outraged families have said they are ‘disgusted’ after one of Britain’s biggest care providers increased its fees by thousands of pounds per year. Barchester Healthcare told relatives already crippled by high fees they will face extra costs to pay for higher staff wages, utility bills and rent.

Outlining the allegations of abuse, the NMC report into the hearing of Mrs Watterson said: "On 13 July 2017, a whistleblowing disclosure was made to the CQC that residents had been verbally and physically abused at the home by a care assistant (who is referred to as Mr 2)."

Carol Streener, who worked for Barchester Healthcare, was summarily dismissed for gross misconduct after a complaint was made that she had allegedly told a female resident to “stay in her own shit”. However, North Shields employment tribunal ruled that the investigation lacked “any objectivity or rigour”...

Despite being owned by three of the best known care groups in the UK, the homes – HC-One’s Pytchley Court in Northampton, Barchester’s Sherwood Lodge in Preston and Bupa’s Battersea-based Meadbank - have each recently been awarded the worst possible rating of ‘Inadequate’ following investigations by teams of CQC inspectors.

The home, in Keycol Hill, is run by Barchester Healthcare Homes. It had been inspected in October 2015 when five breaches of the Health and Social Care Act were reported. Shortcomings included failure to manage medicines effectively, being under-staffed and staff not receiving the necessary training.

Ottley House, which is run by Barchester Healthcare, was rated as "inadequate" by the Care Quality Commission following an inspection. The report said people were "unnecessarily deprived of their liberty, they were not always respected and staff were not supported."

The Care Quality Commission (CQC) said Werrington Lodge in Peterborough was "unclean" and failed to protect its residents from the risk of infection. Cambridgeshire Police said it started an investigation at the home last month following agencies' concerns. Owner Barchester Healthcare said "immediate action" had been taken...

Barchester, the firm which owns Drummond Grange care home, said it is deeply saddened but is unable to comment further.

Barchester, which runs Ashcombe House, St Thomas care home and Marnel Lodge in Basingstoke, as well as Cherry Blossom in Bramley, was unhappy with the report released by the Care Quality Commission, which revealed the number of deaths from Covid in care homes.

Rodger Laing, 80, died 22 days after moving into Drummond Grange care home in Edinburgh which is operated by Barchester Healthcare, the Mirror reported.

Another major operator, Barchester, which runs Ochil Care Home in Perth and South Grange Nursing Home in Monifieth - where there have been at least 13 deaths - has also declined to release information.

Barchester Healthcare to be put up for sale as owners eye £2.5bn price tag

Barchester Healthcare, one of Britain's biggest care home groups, is to be put up for sale in a deal that could net its owners around £2.5 billion.

Barchester Healthcare Limited runs 200 care homes and made £1.9million profit last year but paid more than £100million in rent to another UK company which is “owned by common controlling shareholders”. Both firms are ultimately owned offshore.

Among the so-called Big Five, Barchester is owned by a Jersey-based company.

Barchester is one of five of care home operators owned from tax havens – which can make thorough scrutiny of company finances very difficult. Its ultimate holding company Grove Ltd – which is part-owned by Irish billionaires John Magnier and JP McManus – is based in Jersey.

CorpWatch is still gathering procurement data for Barchester Healthcare at this time.