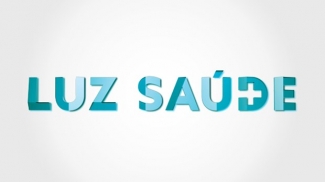 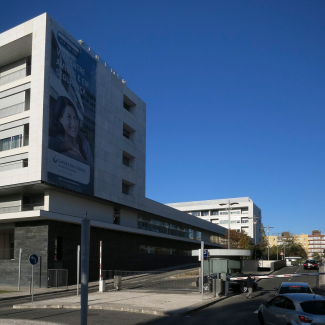 Luz Saúde is one of Portugal’s most important private healthcare companies. Workers go on regular strikes at hospitals and old people’s homes run by the company, demanding better pay, the implementation of a collective bargaining agreement, as well as an end to union repression. Unions have alleged on several occasions, at several different facilities, over the course of several years, that their members were prohibited from meeting with Luz Saúde staff, defying Portugal’s freedom of association laws.

During the pandemic, the company also came under fire for a wide range of issues, including charging customers for protective equipment, refusing to deliver babies of pregnant women who tested positive for COVID-19 and making its call center staff come to the office despite a lack of protective equipment and distancing measures.

Luz Saúde has been the target of lawsuits on a number of occasions, at least two of which resulted in a sentencing. In one case, the company was forced to compensate the son of a patient who died after receiving surgery at a Luz Saúde hospital. In another case, a worker who was fired illegally was compensated by the company after a ruling by the Labor Court.

Violation data is still being gathered for Luz Saúde at this time.

Private schools, private hospitals… And the people deprived of education and health! (Article in Portuguese)

Published by
A Contradição
| By
Carlos Vieira
|

And so our health goes down the drain... (Article in Portuguese)

Published by
Esquerda
| By
António Rodrigues
|

Health Privatization at the Speed of Light (Article in Portuguese) 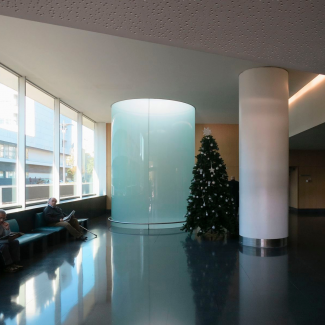 Union estimates 80% adherence to the strike at Loures Hospital, while management places it at 44%

Workers demand the hiring of more staff and the implementation of 35 hours per week, similarly to what happens in other hospitals of the National Health Service (SNS).

One day of striking will be a demonstration to the administration that the workers will show their discontent and that they are united in the struggle for a fair increase in wages for all and in the demand for the application of their collective bargaining agreement (CCT).

The Employers' Association of Private Hospitalization (APHP), which represents, among others, Luz Saúde, CUF and the Lusíadas Group, continues to incessantly seek the withdrawal of workers' rights so that they have even more profits.

Complaints of low wages in the private hospital sector

The protest and struggle for better wages and for the negotiation of collective bargaining in the private hospital sector was brought to the door of three institutions: Hospital da Luz, in Póvoa de Varzim, belonging to the Luz Saúde Group, Casa de Saúde São Lázaro, in Braga, and Hospital Lusíadas, of Grupo Lusíadas, also in Braga.

Workers who are currently at Hospital da Arrábida, in Vila Nova de Gaia, would be forced to travel 40 kilometers a day to Póvoa de Varzim, without “accessible public transport and adequate timetables from the Póvoa de Varzim metro station” to the new place of work if they accept the transfer.

The Competition Authority (AdC) concluded that Trofa, Mello, Lusíadas and Luz Saúde, as well as the Hospital Particular do Algarve, coordinated the strategy and negotiating position to be adopted in the context of negotiations with the public health system (ADSE)...

The Supreme Court of Justice (STJ) confirmed the sentencing of Hospital da Luz de Aveiro to pay compensation of 71,000 euros to the son of a woman who died after stomach reduction surgery.

The Left Bloc's request also refers to Hospital Beatriz Ângelo de Loures (HBA), from where it received complaints from "patients who are transferred from Hospital da Luz to the HBA after undergoing complicated surgeries or hospitalizations, in order to continue the treatments, once the limits of insurance are exhausted".

Abuse of power and corruption. After all, what are the cases that led the judiciary police to the Lisbon City Council?

Among the cases in question are three that had already been announced in 2017 as being the subject of investigation, such as the contract canceled by the municipality in the Second Circular, Torre de Picoas and Hospital da Luz.

The searches are aimed at obtaining evidence of anti-competitive practices, clarifying the AdC that they do not mean that the targeted companies will be condemned, nor do they imply a judgment on the culpability of their conduct in the market.

The worker, informed by the union delegates that she was fired illegally, turned to the union's legal services, which promptly took the case to the Labor Court. The company was then made to pay a compensation of 5,500 euros to the worker, so as not to have to reinstate her in her post and place of work...

ADSE's General and Supervisory Board considers it "unacceptable and unethical" that the CUF and Luz Saúde groups exclude treatments and surgeries previously scheduled for dates after the entry into force of new price lists, which took place on September 1.

Hospital Beatriz Ângelo, in Loures, and the SNS24 Line are offering shopping vouchers to supermarket chains as incentives to health providers, a measure that “outraged” the Left Bloc and professional associations.

In a press release, the Trade, Office and Services Workers Union of Portugal (CESP/CGTP-IN) reveals that, yesterday, managers were prevented from contacting workers at the facilities of the company Luz Saúde located at Quinta do Lambert, in Lisbon.

This Friday, the South Zone Doctors Union called out the Loures Hospital's blocking of scheduling second consultations, having already made a complaint to the administration and requested an audit to the Ministry of Health.

"In fact, at the previously scheduled time, the directors were received by three security chiefs, who said that they were not authorized by Luz Saúde to develop union activity and that they would have to leave the premises", says the Trade, Office and Services Workers Union of Portugal (CESP).

“This is a company that systematically refuses to dialogue with the union. We have asked for meetings with the Luz Saúde Group and here with the administration of Hospital da Arrábida, but they have been denied,” he said.

Union prohibited from meeting with workers at Hospital da Luz, in Guimarães

The Health Regulatory Authority (ERS) confirmed, in May 2020, the right of private healthcare providers to include the extra related to the price of personal protective equipment (PPE) in the costs charged to patients. However, two years have passed and the country is no longer in a state of emergency, but companies continue charging these fees.

Luz Saúde Group vaccinates the CEO and other non-priority staff

Meanwhile, the newspaper Expresso reports that Isabel Vaz, CEO of Luz Saúde Group, has already been vaccinated, despite her age and no pathologies to justify it.

Private hospitals are charging consumers for protective equipment. Deco is asking the regulator for clarification

A Portuguese Association for Consumer Protection (DECO) official says that "this charge is in fact taking place and is widespread in the various private health units", with complaints about CUF, Lusíadas and Luz Saúde.

The Solidarity Response Platform alleges that the Luz Saúde Group is forcing most of its workers in the call centers of Hospital da Luz, in Lisbon and Vila Real, to go to work in its facilities without complying with the distancing rules or providing sufficient protective material.

Private hospitals are charging consumers for protective equipment. Deco is asking the regulator for clarification

A Portuguese Association for Consumer Protection (DECO) official says that "this charge is in fact taking place and is widespread in the various private health units", with complaints about CUF, Lusíadas and Luz Saúde.

49% of Luz Saúde's shares are held by Fosun International.

There are six groups interested in the Lusíadas group, including Luz Saúde

The sale of the Lusíadas group, which is currently owned by the largest private healthcare group in the world, the North American United Healthcare, is very competitive. On the table will be six non-binding proposals, many of which are foreign, mainly from Spanish companies, but also from French ones.

49% of Luz Saúde's capital is transferred to Fosun International

In the middle of this month, Fosun International concluded the purchase of 46,815,704 shares from the insurance company Fidelidade, representing 49% of the share capital and voting rights, the group announced this Tuesday.

According to Jornal de Notícias (JN), the Luz Saúde group has already submitted a request for financial rebalancing to the Regional Administration of Lisbon and Tagus Valley (ARS LVT). In the absence of a response, the private group will resort to the justice system.

GLSMed Trade, from the Luz Saúde group, was the company that earned the most in contracts made by the Public Administration to respond to the pandemic, Público found this Wednesday.