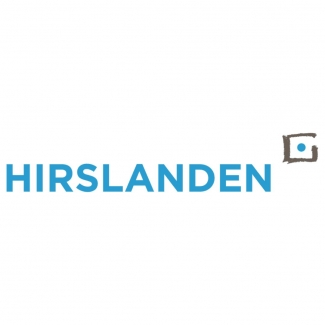 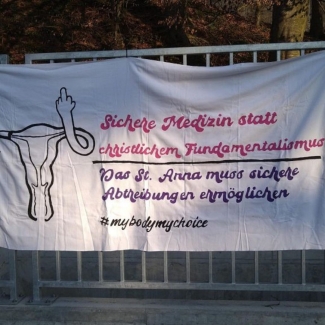 Hirslanden is Switzerland’s largest private medical network. It is a wholly owned subsidiary of South Africa’s MediClinic International, owned by South Africa’s richest man Johan Rupert. It has come under scrutiny, among other things, for one of its doctors refusing to provide treatment to a Russian HIV patient during the Ukraine war; using ribbons to divide patients into private, partially private, or publicly insured; and vaccinating its billionaire owner against Covid-19 before the official start of the vaccination of patients.

Workers have also denounced working conditions, most recently in March 2022 when the company laid off some of its cleaning staff due to the outsourcing of cleaning. The company has long been receiving critique over high fees, in most cases legal, but in one case two rheumatologists were charged with double billing patients to line their own pockets.

Violation data is still being gathered for Hirslanden at this time.

This is how Hirslanden makes itself indispensable (Article in German)

Published by
Med Inside
|

Published by
WOZ
| By
Basil Weingartner
|

Published by
Handelszeitung
| By
Judith Wittwer and Pascal Ihle
|

Inside the dispute over Hirslanden's profits (Article in German)

Published by
Tagesanzeiger
| By
Susanne Anderegg
| 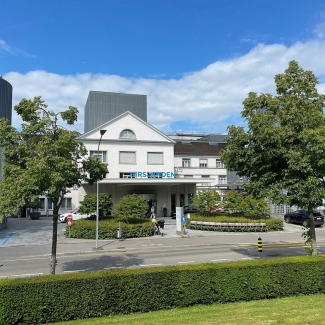 In the UK, former BUPA staff described scenes of absolute horror. “It was like a concentration camp, somewhere where life no longer had any value,” Eileen Chubb, a whistleblower who worked at the BUPA-run Isard House in Bromley, London, told The Oldie magazine.

Now the resistance is picking up speed: An interest group is fighting against the dismantling of basic emergency care in Ennetsee

With the revision of the list of hospitals, the health department of the Canton of Zug intends to withdraw the contract for basic and emergency care from the Hirslanden Andreas Clinic in Cham. An interest group is now trying to get the government to give in by launching a petition.

UPDATE! Cleaning staff at the Linde Hirslanden Clinic are compensated

The UNIA union and the Hirslanden Clinic Linde have been negotiating about the dismissed cleaning staff since March. Now we have an outcome: the cleaners will receive a higher severance payment than planned, but will not keep their jobs.

Hirslanden's St. Anna clinic in Lucerne does not perform abortions – that offends

It is written in pink and violet in clean writing: "Safe medicine instead of Christian fundamentalism: St. Anna must enable safe abortions." Below that is the hashtag #MyBodyMyChoice. That's written on the banner that activists rolled out last Saturday near the Hirslanden St. Anna Clinic in Lucerne.

Since politicians did nothing to combat the nursing shortage, the professional association of nursing staff launched a popular initiative. This called for better working conditions – and was successful. Because strong care needs more than applause... The Hirslanden private hospital group was also founded during this time...

The announcement of the outpatient surgery center project by the HUG and the group of private clinics Hirslanden, on Wednesday, worries the Public Services Union (SSP). In February 2018, the SSP recalls that it had already denounced this project in a leaflet distributed to staff...

According to the announcement on Thursday, the VPOD union is surprised "how quickly the Board of Directors came to this decision". Just a few weeks ago, he publicly stated that the Belair Clinic should continue to exist.

Private hospital groups such as Genolier, Hirslanden or the German companies Fresenius, Rhön or Ameos are in the early stages of securing the profits of the healthcare system in Switzerland. The VPOD union demands that the two cantonal governments do not allow themselves to be turned into henchmen of private investors...

Rheumatologists at Hirslanden "Klinik im Park" billed the costs for bone density measurements twice: the service is fully covered by mandatory health insurance. Despite this, patients had to pay an additional bill out of their own pockets.

An investigative report published by the Hirslanden private hospital group on Saturday shows that the controversial doctor from Bern, Max Aebi, breached his duty of medical care. As early as November 2018, Tamedia's research desk revealed that Aebi had implanted potentially harmful implants in patients.

The "Kassensturz" report from April compared the fees of the Zurich Hirslanden Clinic with those of a cantonal hospital in Aargau. The conclusion: Doctors collect 2015 francs for an operation on the spine, Hirslanden doctors 6300 francs. For a shoulder replacement, it costs 5,200 francs compared to 9,000 francs...

The Hirslanden Clinic often hears criticism that it treats privately insured people more quickly than those with basic insurance. The GLP therefore wanted to urge the clinic to publish their waiting periods on the website. However, the majority of the Council considers this to be unnecessary.

In protest against the war in Ukraine, a Zurich infectologist refuses to treat an HIV-positive Russian. Hirslanden is defending the decision of its partner doctor. 50-year-old Andrei P. from Moscow has no access to modern HIV therapy in his home country.

Hirslanden wants to save on cleaning staff

Shortly before Christmas, the eight women received the change notice, accompanied by a pay cut of 1,000 francs, 600 francs or 500 francs less per month. For the same work in the same place with the same superiors and work colleagues, as the "Bieler Tagblatt" reported in detail.

Criticism of Hirslanden pool tests: The business of spit

Marc Brunner from the competing platform "2Weeks" tells the "Rundschau" that Hirslanden takes far too much money from the cantons: "In my eyes, that's money-making". The Hirslanden model was designed for profit. Brunner says organization and IT would never cost that much.

Clinic marks patients with ribbons, depending on the insurance company

The new, thinner identification bands provide information: green stands for private. Blue for semi-private and yellow for public insurance. "This kind of marking of the social circumstances of the patients should be rejected in today's world!" a user on Med Inside complained.

The richest man in South Africa, with assets of around 8 billion dollars, flew in from South Africa and was vaccinated before the official start of the vaccination, as the Hirslanden Group confirmed to the "Tages-Anzeiger".

“We are exhausted, overworked and drained”

These are words from a letter that was written to the clinic management at the beginning of June last year by nurses in a hospital in Hamburg that had just been privatized... Yes, there are, for example, these hospital groups and chains from Hamburg or elsewhere in Germany or opaque holding companies from Switzerland or – as with Hirslanden – even from South Africa.

The Hirslanden Group is a wholly-owned subsidiary of Mediclinic International plc.

CorpWatch is still gathering procurement data for Hirslanden at this time.