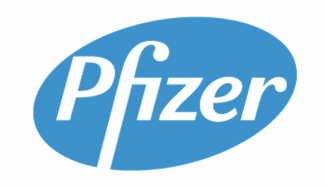 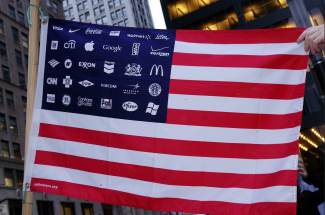 Pfizer, the largest pharmaceutical company in the world, was founded in 1849. It has been prosecuted for illegal marketing and misleading advertising for a number of drugs like arthritis drug Bextra (valdecoxib), Centrum multivitamins, bladder drug Detrol (tolterodine), anti-epilepsy drug Neurotonin (gabapentin), statin medication Lipitor (atorvastatin) and kidney transplant drug Rapamune (sirolimus). It paid the U.S. government $2.3 billion in 2009 after pleading guilty to the illegal marketing of Bextra. The company was also sued in Nigeria for conducting drug trials with trovafloxacin, an experimental antibiotic, during a meningitis epidemic in Nigeria in 1996 without getting permission from their parents, dozens of whom died subsequently.

Pfizer also sold Bjork–Shiley valve, a defective heart valve, that led to the deaths of hundreds of people. Pfizer has been sued for paying over 5,000 doctors to take trips to the Bahamas, the U.S. Virgin Islands and the mainland U.S., to listen to lectures about Bextra. The company has also been in the news over its lobbying in Australia, Germany, Japan and the U.S. against a temporary waiver for COVID-19 vaccine patents that would have helped meet global demand in 2021, as well as funding medical experts to support its position.

Individual Records & Summaries
Pfizer Violation Tracker
Information in this section is drawn from the Violation Tracker database produced by the Corporate Research Project of Good Jobs First in Washington DC. It is the most comprehensive source of data on business violations of laws and regulations in the United States. For specific examples of misconduct, please click on the links. 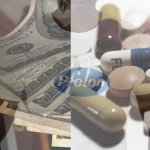 Blue Cross Blue Shield has slapped Pfizer with a lawsuit over its marketing of three drugs, saying the company pushed off-label uses of the drugs and used "kickbacks" to persuade doctors to prescribe them.

Just before going live on Al Jazeera last week, Achal Prabhala, an activist for equitable access to medicine, performed a quick internet search on his sparring partner i

Published by
Reuters
| By
Jessica Dye
|

Pharmaceutical giant Pfizer is facing a mounting wave of lawsuits by women who allege that the company knew about possible serious side effects of its blockbuster anti-cholesterol drug Lipitor but never properly warned the public.

Pfizer Inc, bowing to allegations of deceptive advertising lodged by a consumer watchdog group, has agreed to drop “breast health” and “colon health” claims from the labels of its widely used Centrum multivitamin supplements.

Arkansas execution drugs apparently made by Pfizer subsidiary despite ban

An execution drug obtained by the Arkansas prison system earlier this month appears to have been made by a subsidiary of Pfizer, even though the pharmaceutical giant has said it does not want its drugs to be used in executions.

Drug giant Pfizer agreed Wednesday to the City of Chicago's request for a written code of conduct on the marketing of opioids.

The largest pharmaceuticals merger in history, between Pfizer and Allergan, has been abandoned after the US government took fresh steps to clamp down on tax avoidance deals.

The competition watchdog has accused Pfizer and Flynn Pharma of breaching UK and European law by ramping up the cost of an epilepsy drug given to more than 50,000 British patients by as much as 2,600%.

Pfizer has been accused by the UK’s competition watchdog of abusing its dominant position in the supply of an anti-epilepsy medicine and inflating the NHS drugs bill by tens of millions of pounds. 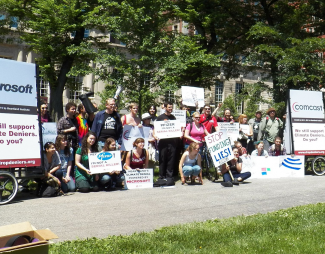 Pharma giant Pfizer has announced it will stop the practice of forced swim tests, following a year-long campaign by PETA.

NYC: Advocates to Protest Pfizer over Third Shortage of Key Syphilis Medication in a year.

This is the drug giant’s third shortage or stock out in less than one year of Bicillin L-A, Pfizer’s key syphilis drug; pregnant women with syphilis remain at particular risk of passing infection on to their newborns unless Bicillin L-A is available for treatment

The U.S. Food and Drug Administration is investigating around five allergic reactions that happened after people were administered Pfizer Inc and BioNTech SE’s COVID-19 vaccine in the United States this week, a top FDA official said late on Friday.

Big Pharma's operations abroad are a common punching bag for U.S. anti-corruption watchdogs, which have snared a series of high-profile settlements in recent years. Now, Pfizer will take its turn under those watchdogs' withering eyes for its business in Russia and China.

A British regulator on Wednesday hit U.S. pharmaceutical giant Pfizer with a record $106 million fine for imposing a 2600% price hike on an anti-epilepsy medication, the latest episode in widening public controversy over prescription drug prices.

Attorney General Eric T. Schneiderman today announced that he, along with 40 other state Attorneys General and the District of Columbia, reached a $35 million settlement with Pfizer arising from alleged improper marketing and promotion of the immunosuppressive drug Rapamune.

Pfizer Inc has agreed to pay $325 million to resolve claims it defrauded insurers and other healthcare benefit providers by marketing Neurontin for unapproved uses, its second settlement over the epilepsy drug in six weeks.

Pfizer to Pay $14.5 Million for Illegal Marketing of Drug Detrol

Judge okays up to $215-million settlement in heart valve lawsuit

A federal judge has approved the settlement of a class-action lawsuit in which the makers of an allegedly defective artificial heart valve agreed to pay up to $215-million in damages.

After five years of negotiations, Pfizer has decided it’s time to move employees at plants in Ireland to the same pension plans that the rest of the company’s employees have. That decision comes despite the threat of a work stoppage.

Subsidy Tracker is a project of Good Jobs First in Washington DC. It is the most comprehensive source of data on state and federal subsidies in the United States. For more details, click on the links.
Click here for details of subsidies received by Pfizer
Tax Havens

Pfizer uses Netherlands to shield billions in profits from tax

Pfizer has become a household name in the past year and is generating a nice chunk of money as a result — even more, considering the company is avoiding paying millions in tax.

Economists believe that the global pandemic has proven that investments in public services pay off. Therefore, it is time to introduce excess profits taxes, increase taxes on profitable corporations such as Pfizer Canada, close tax loopholes, and increase the affordability of medicines for people.

Pfizer, one of the world’s largest pharmaceutical companies and more profitable companies, is attempting to permanently dodge tens of billions of dollars of U.S. taxes it currently owes through a merger with fellow drug firm Allergan, based in the tax haven of Ireland.

Pfizer dodging $35B in taxes

U.S. pharmaceutical giant Pfizer (PFE) is trying to dodge an estimated $35 billion in taxes by merging with Ireland-based rival Allergan and shifting its headquarters overseas, a coalition of labor and consumer groups charged Thursday.

Pfizer contracts with the U.S. Federal Government (via USA SPENDING).