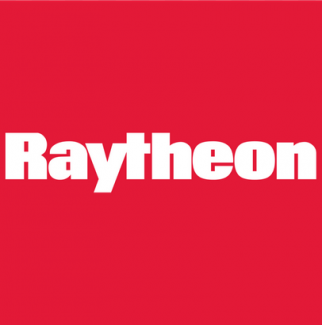 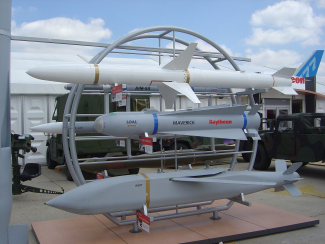 Raytheon is a major missile manufacturer.  Founded in 1922, it makes Patriot & Tomahawk missiles and the GBU- 28, a 5,000-pound "bunker buster" bomb. In addition to missiles, Raytheon also builds sensors and radars used on drone aircraft used in Afghanistan, Iraq, Pakistan and Yemen. E-Systems, now a Raytheon subsidiary, won a contract to maintain planes for the U.S.-funded Operation Condor to monitor drug trafficking in the Mexican state of Sinaloa in the mid-1970s. A 1985 U.S. congressional study found that the contract was ''a shambles ... There are no adequate records to indicate how the funds have been and are being spent.'' The study also cited incidents of planes being used for joy rides.

The company has paid millions to ensure that the U.S. government drop investigations into over-billing and contract fraud. For example, in 1990, Raytheon pleaded guilty to illegally obtaining secret Air Force budget and planning documents. In 1993, Raytheon paid out $3.7 million to settle U.S. government charges that it had inflated the cost of Patriot missiles. In 1994, Raytheon paid $4 million over allegations that the company inflated the cost of a $71.5 million radar contract. And in 2003 Raytheon agreed to pay $3.9 million to settle charges that its aircraft division over-billed the Pentagon when invoicing the cost of liability insurance.

Individual Records & Summaries
Raytheon Violation Tracker
Information in this section is drawn from the Violation Tracker database produced by the Corporate Research Project of Good Jobs First in Washington DC. It is the most comprehensive source of data on business violations of laws and regulations in the United States. For specific examples of misconduct, please click on the links. 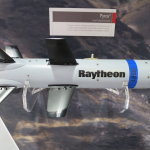 Here’s Exactly Who’s Profiting from the War on Yemen

Published by
In These Times
| By
Alex Kane
| 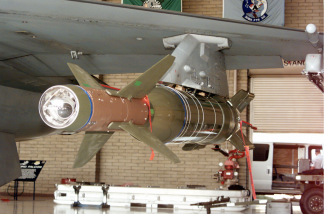 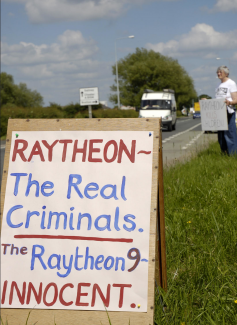 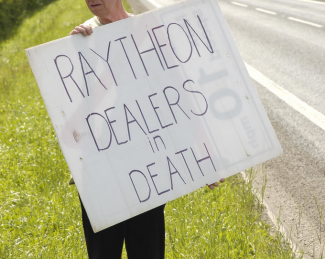 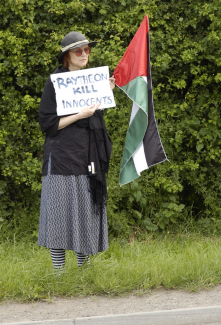 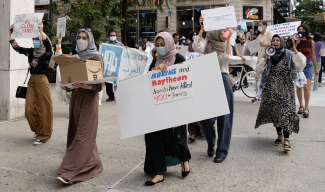 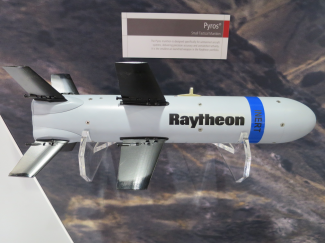 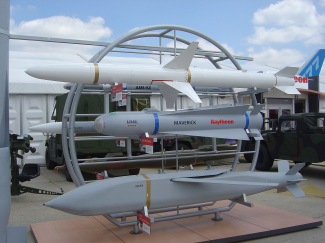 Students and members of peace or anti-war groups in Boston protested outside of Cabot Center last Friday in response to Raytheon’s appearance at Northeastern’s Spring Career Fair.

"Raytheon, shame on you," they chanted. "Children die because of you."

Seventy-five protesters, many dressed in pink, gathered outside the local production plant of Raytheon on Thursday, denouncing the defense contractor for its role in drone warfare.

The U.S. Department of Justice is requesting access to 11 years’ worth of records as part of a criminal investigation of Raytheon Technologies Corp.

Shares of Raytheon Technologies Corp., parent company of Collins Aerospace, Cedar Rapids's largest employer, fell nearly 7.5 percent Wednesday after the defense and aviation giant disclosed that its financial accounting is being investigated by the U.S. Department of Justice in a criminal probe.

The FBI arrested a Raytheon employee last week for taking a work laptop with information about US missile defense systems to China despite his employer's warnings -- and by doing so breaking arms and weapons export laws.

Upon choosing to turn in a letter of resignation, companies in Florida and elsewhere may expect an employee to turn over any sensitive materials before accepting a position with a competitor.

Raytheon production employees, whose contract is due to expire Saturday morning, are demanding better medical coverage from the prominent missile manufacturer.

Subsidy Tracker is a project of Good Jobs First in Washington DC. It is the most comprehensive source of data on state and federal subsidies in the United States. For more details, click on the links.
Click here for details of subsidies received by Raytheon
Tax Havens

Tax avoidance in the arms industry

The Netherlands is an important financial centre behind the international arms trade. Research from The Investigative Desk (the Netherlands) and an Indian news outlet shows how some of the biggest arms companies in the world use the Netherlands as an intermediary to wire profits to tax havens.

The revelations of the leaked Panama Papers in April 2016 pushed the issue of tax and tax evasion
high up the international political agenda.

U.S. authorities are investigating whether payments by U.S. weapons maker Raytheon Technologies Corp (RTX.N) to a consultant for the Qatar Armed Forces may have been bribes intended for a member of the country's ruling royal family, the Wall Street Journal reported on Tuesday, citing people familiar with the matter.