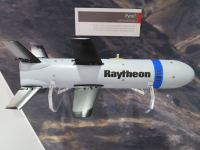 Washington - A contract to monitor the Amazon rainforest in Brazil will include a shadowy company once described as ''virtually indistinguishable'' from the U.S. Central Intelligence Agency (CIA), IPS has learnt.

The 1.4-billion-dollar contract for satellite monitoring of drug trafficking and deforestation in the 3.2-million-square-kilometre forests in the Brazilian Amazon was awarded last summer to Raytheon, a 12-billion-dollar, Massachusetts-based company that makes Patriot and Sidewinder missiles.

Part of the Raytheon contract is to be implemented by E-Systems, a Texas-based company that Raytheon bought last April. E-Systems' major clients have historically been the CIA and other spy agencies like the National Security Agency and the National Reconnaissance Office.

An unnamed Congressional aide told the Washington Post last year that the company was ''virtually indistinguishable'' from the agencies it serves. ''Congress will ask for a briefing from E-Systems and the (CIA) programme manager shows up,'' the aide is quoted as saying. ''Sometimes he gives the briefing. They're interchangeable.''

''E-systems will only conduct a small part of the contract but most of the work will be done by Raytheon's Bedford facilities and the office we have is setting up in Rio de Janeiro,'' Elizabeth Allen, a Raytheon spokesperson, told IPS.

''We're still discussing the details of the Amazon contract. We have conducted drug enforcement activities for U.S. Customs, such as reconnaissance and aircraft maintenance, but I can't tell you any more because that's classified information,'' John Kumpf, E-systems spokesman, told IPS.

Over 85 percent of the 2.1 billion dollars in contracts handled by E-Systems in 1994 were classified, Kumpf said. But what little is known of its record on monitoring drug trafficking is hardly complimentary.

Aircraft support for drug-enforcement activities become a part of E-Systems' work after it bought up Air Asia, the CIA's aircraft repair and maintenance facility in Taiwan in 1975.

Until E-Systems took it over, Air Asia provided support for Air America, the CIA's covert airline that ferried arms, heroin and opium in Indo-China during the Vietnam War, according to the British reporter Christopher Robbins, who wrote the authoritative account of the airline's history in 1979.

Immediately after acquiring Air Asia, E-Systems won a contract to maintain planes for the U.S.-funded Operation Condor in Mexico. Condor monitored drug trafficking in the state of Sinaloa in the mid-1970s.

A 1985 U.S. congressional study found that the contract was ''a shambles ... There are no adequate records to indicate how the funds have been and are being spent.'' The study also cited incidents of planes being used for joy rides.

Peter Dale Scott and Jonathon Marshall, authors of ''Cocaine Politics,'' say that the Condor operation ''succeeded in filling the jails with hapless peasants ... but failed to arrest a single drug trafficker.''

More recently, E-Systems paid 4.2 million dollars in 1994 to settle a lawsuit brought by Carlos Uribe, a man in El Paso, Texas, on the Mexican border. Uribe charged that an E-Systems employee, Truett Burney, accidentally murdered Uribe's wife in a hotel room  when his gun went off in an adjoining room in September, 1991. Burney's lawyers said he was helping install ''top secret listening devices'' on suspected drug traffickers at the time.

''It was a very tragic accident. Burney should not have been carrying a gun,'' according to E-Systems' Kumpf.

E-Systems has a murky history as a military contractor also. The first time the company appeared in the news was when it was sued by the widow of an employee who was killed in a 1971 crash of an Air Force plane sent to spy on a French nuclear test.

In the early 1970s, E-Systems won the contract to install communication gear on Air Force One, the U.S. president's plane. This led to similar contracts for the heads of state of Iran, Israel, Nigeria, Malaysia, Romania and Saudi Arabia.

E-Systems has since built the ''Doomsday Plane,'' an airborne command post for the Pentagon and the White House in the event of a nuclear attack.

In 1976, E-Systems won a contract to monitor the Sinai peninsula between Egypt and Israel. It has since won contracts to eavesdrop on Soviet missiles through ground stations in China.

In 1977, during the height of the ''dirty war'' in Argentina, E-Systems won a contract to supply ''Wheelbarrow'' systems - a radio transmitter that detonates explosives by remote control -- to the Argentine police.

In August 1990, E-Systems pleaded guilty to criminal charges of falsifying results on tactical field radios manufactured at its Florida factories. The company paid out almost three million dollars in fines to settle the charges.

Kumpf refused to comment on any of the classified contracts obtained by E-Systems. ''We can't talk about any of that. I can tell you about our new venture with Lockheed and Mitsubishi to sell satellite images to the private sector though,'' he says.

This might involve selling images of the Amazon to oil and mineral companies who want to prospect in the rainforest, according to a who asked not to be identified. E-Systems says that it does have computer image data-processing contracts with ''three or four oil companies, including Mobil and Exxon,'' according to Kumpf.

E-Systems' new owners have a similar record. In October 1994, Raytheon paid four million dollars to settle government charges that it had inflated the cost of a 71.5-million-dollar radar contract.

In October 1993, Raytheon paid out 3.7 million dollars to settle U.S. government charges that it had inflated the cost of Patriot missiles. The year before the company paid out 2.75 million dollars for overpricing missile test equipment.

In October 1987, the Justice Department signed on to a 36-million-dollar lawsuit originally filed by a former Raytheon employee, which alleged that Raytheon submitted false claims for work done on missiles.

The deal, which was reportedly clinched by personal lobbying efforts by President Bill Clinton, was recommended for cancellation by the Brazilian Senate after an official enquiry found that the equipment supplied was obsolete and over-priced.