Industry: Consumer Goods & Textiles
Published by
CorpWatch
| By
Paula Reisdorf
|
A cigarette factory with the capacity to produce three billion Dunhill cigarettes per year is expected to open up in Mali this year, the product of a partnership between British American Tobacco (BAT) and the Malian government, that the company claims will create as many as 200 permanent jobs. Read More
Image

Industry: Healthcare & Pharmaceuticals
Published by
CorpWatch
| By
Elena Rogozenska
|
Walgreens, a major pharmacy chain in the U.S., has been sued by the state of Arkansas for failing to report large numbers of suspicious prescriptions of opioid medications. Arkansas is the latest of several U.S. states to allege that the company did not heed government warnings about the problem. Read More
Image 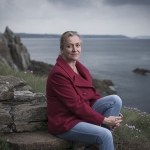 Industry: Healthcare & Pharmaceuticals
Published by
CorpWatch
| By
Richard Smallteacher
|
The Paris Criminal Court has found pharmaceutical giant Laboratoires Servier guilty of manslaughter for marketing benfluorex, an appetite suppressant, for years after the company discovered that the drug could cause major damage to the heart and lungs, and even kill users. Read More
Image

Industry: Chemicals & Manufacturing
Published by
CorpWatch
| By
Tyler Fox
|
Over 100 consumer groups are calling on the U.S. Congress to ignore demands from business lobby groups - like the National Association of Manufacturers, the National Federation of Independent Business, and the U.S. Chamber of Commerce - to enact laws guaranteeing corporations blanket immunity from coronavirus pandemic lawsuits. Proposals for such a law have been making the rounds for over a month. Read More
Image 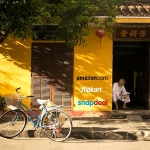 Industry: Gig Economy & Retail Stores, Technology & Telecommunications
Published by
CorpWatch
| By
Tyler Fox
|
Amazon’s relentless expansion around the world has met with serious headwinds in India and in Europe where the company’s aggressive online sales practices are being met with court challenges and government investigations. Read More
Image

Industry: Chemicals & Manufacturing, Construction & Megaprojects
Published by
CorpWatch
| By
Pratap Chatterjee
|
The companies that designed, manufactured, and installed cladding - a material used to wrap a building under construction - that caught fire at Grenfell Tower in London in June 2017, killing 72 people, have asked a UK public inquiry to award them immunity from prosecution, before they provide evidence. Read More
Image 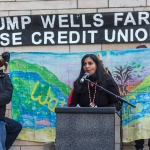 Industry: Banking, Finance & Services
Published by
CorpWatch
| By
Tyler Fox
|
Wells Fargo bank, based in San Francisco, California, has agreed to pay the Navajo Nation $6.5 million for its alleged predatory business tactics. The bank was accused of targeting vulnerable members of the Navajo community, including elderly people who did not speak fluent English, with predatory banking practices. The Navajo Nation is the largest government recognized Native American indigenous community with over 350,000 members and a territory that encompasses lands in Arizona, New Mexico and Utah. It has an elected government and its own judicial system. Read More
Image 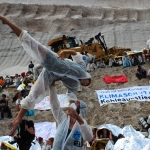 Industry: Energy, Mining & Utilities
By
Tyler Fox
|
Hundreds of climate activists broke through a police line at RWE’s Garzweiler lignite coal mine in North-Rhine Westphalia, Germany, demanding government take action against climate change. The protesters successfully halted operations for 45 hours by occupying the mine and chaining themselves to train tracks. Read More
Image

Why Instagram Has Become a Powerful Marketing Tool for Drug Pushers 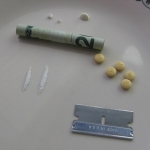 Industry: Healthcare & Pharmaceuticals
Published by
CorpWatch
| By
Pratap Chatterjee
|
New York city is the latest U.S. city to bring a lawsuit against Purdue Pharmaceutical and other companies involved in manufacturing and distributing prescription painkillers, known as opioids. Some 250 such lawsuits have been filed alleging that deceptive industry marketing practices have caused opioid overdose deaths to skyrocket. Read More