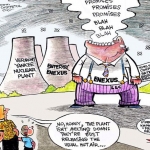 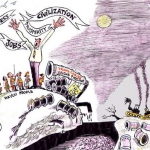 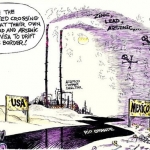 Industry: Chemicals & Manufacturing, Energy, Mining & Utilities
Published by
Special to CorpWatch
| By
Kent Paterson
|
The old American Smelting and Refining Company (Asarco) copper smelter in El Paso, Texas, which has spewed out toxins for over a century, has been granted a new five-year permit. This is despite the fact that it violates international laws by polluting communities on both sides of the U.S.-Mexico border. Read More

Published by
The Sunday Times (UK)
| By
Isabel Oakeshott
|
SHELL has abandoned its sponsorship of one of Britain's most prestigious wildlife photography exhibitions after protests by environmental groups. Read More
Image 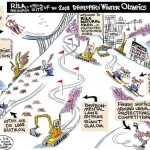 Industry: Construction & Megaprojects, Property, Tourism & Transportation
Published by
Special to CorpWatch
| By
Katherine Chandler
|
A new ski complex is being constructed in the environmentally sensitive Seven Lakes region of the snow-capped Rila mountains of south-western Bulgaria. Yet authorities have not been able to produce any planning permits nor have the investors produced any documentation of who is funding the construction. Read More
Image 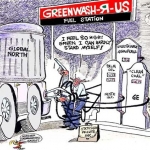 Industry: Energy, Mining & Utilities
Published by
Special to CorpWatch
| By
Pratap Chatterjee
|
On the Indonesian island of Bali, thousands of senior government officials are negotiating a plan to slow global warming. The coal, gas and oil companies that are major producers of greenhouse gases are finally taking notice of these high-level political discussions, and many have mounted spirited public relations exercises to defend themselves. Read More
Image 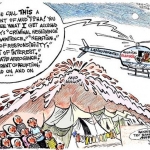 Mud and the Minister: A Tale of Woe in Java

Industry: Construction & Megaprojects, Energy, Mining & Utilities
Published by
Special to CorpWatch
| By
Anton Foek
|
Over a year after a torrent of liquid mud at an Indonesian oil exploration site inundated four villages, killing almost 100 people, the local community is still awaiting clean-up and proper compensation. This is despite the fact that the drilling company is owned by the family of a senior Indonesian minister. Read More

Published by
Inter Press News Service (IPS)
| By
Gustavo Capdevila
|
The U.N.'s Global Compact with international big business "at the moment is so voluntary that it really is a happy-go-lucky club," says Ramesh Singh, chief executive of ActionAid, a non-governmental organisation. The controversy has come to a boiling point because of the Global Compact Leaders' Summit being held in Geneva on Thursday and Friday, at which over 1,000 representatives of multinational companies are taking part, in addition to well-known civil society figures like Irene Khan, the secretary general of AI; Mary Robinson, president of the Ethical Globalisation Initiative; Guy Ryder, general secretary of the International Trade Union Confederation; and Jeremy Hobbs, executive director of Oxfam International. Read More
Image 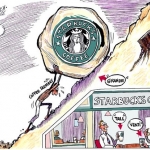 Industry: Agriculture, Beverages & Food
Published by
Special to CorpWatch
| By
Anton Foek
|
Starbucks, the world's largest coffee shop chain, and the Ethiopian government are on the verge of unveiling a deal that the company hopes will end attacks on the company's carefully constructed ethical image. Read More
Image 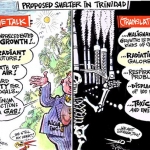 Industry: Agriculture, Beverages & Food, Energy, Mining & Utilities
Published by
Special to CorpWatch
| By
Sujatha Fernandes
|
Fishing communities in the Caribbean island of Trinidad are protesting a $US1.5 billion aluminum smelter that will process raw material from Brazil, Jamaica and Surinam. Cedros Peninsula United, a local organization, says that the factory uses technology that has had serious environmental impacts in countries from China to Iceland and the U.S. Read More