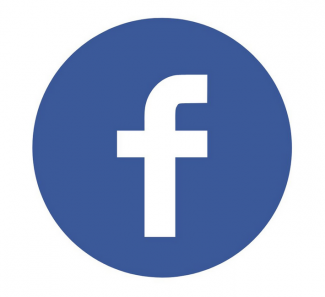 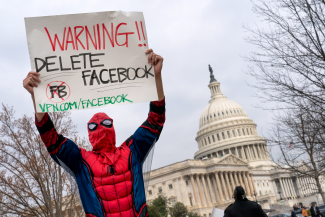 Facebook is a social media company that was founded in 2003 by Mark Zuckerberg. It trades in the data of over two billion users and their daily activity which has allowed Facebook to become an advertising behemoth. As one of the largest distributors of information globally, it has been accused of distributing fake news and aiding violence in India, the Philippines, Sri Lanka, Myanmar (Burma) and the United States, where fundamentalists have weaponized its ability to fan hatred and riots. Facebook has also been accused of censorship of gay and lesbian contents as well as activism in places like Kashmir, Kurdistan, Pakistan and Palestine.

News organizations blame Facebook and other social media companies for decimating their advertising revenue and for profiting out of their content. When the company decided to temporarily block the sharing of news on its platform in Australia in 2020 to protest a law that would require it to pay news publishers for content, it also blocked government health-department and emergency services pages. Facebook has also come under fire from its contract moderators whose job it is to review graphic and violent images posted on the site, who say company has failed to address poor workplace conditions notably  in the arena of mental health.

Individual Records & Summaries
Facebook Violation Tracker Profile
Information in this section is drawn from the Violation Tracker database produced by the Corporate Research Project of Good Jobs First in Washington DC. It is the most comprehensive source of data on business violations of laws and regulations in the United States. For specific examples of misconduct, please click on the links. 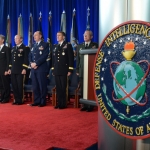 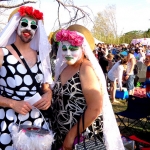 It was October 2020, election conspiracy theories threatened to pull America apart at its seams, and Jessica González was trying to get one of the most powerful companies in the world to listen to her.

Facebook is 'overwhelmingly' used by sex traffickers who recruit victims online, according to a new report

Facebook begins labeling, but not fact-checking, posts from Trump and Biden

Facebook CEO Mark Zuckerberg announced new steps to counter fake news on the platform on Saturday, marking a departure from his skepticism that online misinformation is, as Barack Obama said this week,

Facebook again refuses to ban political ads, even false ones

FILE - This Jan. 17, 2017, file photo shows a Facebook logo at Station F in Paris. Facebook has decided not to limit how political ads can be targeted to specific groups of people, as its main digital-ad rival Google did in November 2019 to fight misinformation.

This Is How Facebook Actually Won Trump the Presidency

Because Trump wasn’t spending as much on TV ads, it seemed like his team wasn't investing in changing minds. But they were: they were just doing it online.

Published by
Guy Chazan in Berlin
|

German prosecutors are investigating senior managers of Facebook, including founder Mark Zuckerberg, over incitement allegations as the country’s authorities increase pressure on the social network to crack down on

Digital Democracy: How Google and Facebook Can Reshape Elections

As their reach has grown, social networks have become true political players: They can mobilize voters and bombard specific users with a candidate's content. Next year's German federal election will likely be the country's first data-driven campaign, and some lawmakers are worried.

People around the globe are checking in on Facebook at the site of Dakota Access Pipeline protests in North Dakota, in an effort they hope will help protesters avoid detection by police.

As Media Gatekeeper, 70+ Groups Call on Facebook to End Censorship

Facebook has apologised for removing a post by the French newspaper Le Monde about mammogram screening after yet again coming under fire for its aggressive anti-nudity policy.

A legal case against Facebook, which will involve a 14-year-old taking the company to court in Belfast over naked images published on the social network, could open t 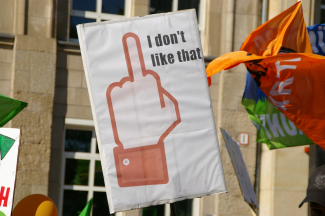 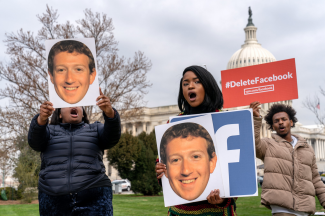 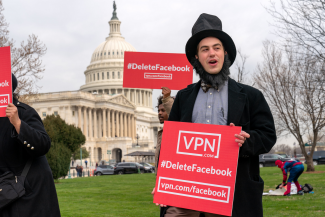 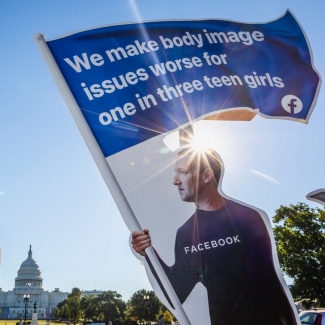 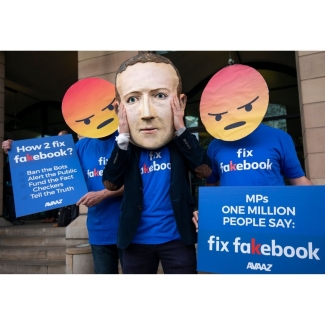 When the Stop Hate for Profit campaign launched just two weeks ago, its organizers had not yet persuaded a single advertiser to boycott Facebook in July.

Facebook employees walk out in protest of Donald Trump’s posts

Dozens of Facebook employees staged a virtual walkout on Monday in protest of the company’s decision not to take action against incendiary posts by President Donald Trump last week, according to The New York Times.

The Federal Trade Commission today sued Facebook, alleging that the company is illegally maintaining its personal social networking monopoly through a years-long course of anticompetitive conduct.

After a three-year string of scandals, Facebook finds itself staring down four separate antitrust investigations, a former co-founder who wants the company split apart and a front-runner presidential candidate who has made the breakup of the company a key part of her campaign.

In a complaint filed Thursday with the Equal Employment Opportunity Commission, Oscar Veneszee Jr. said the social network does not give Black workers equal opportunities in their careers.

The stress of the job weighed on Utley, according to his former co-workers, who, like all Facebook contractors at the Tampa site, must sign a 14-page nondisclosure agreement.

More than a dozen former Facebook employees detailed how the company’s leadership and its performance review system has created a culture where any dissent is discouraged.

Subsidy Tracker is a project of Good Jobs First in Washington DC. It is the most comprehensive source of data on state and federal subsidies in the United States. For more details, click on the links.
Click here for details of subsidies received by Facebook
Tax Havens

Amazon, Facebook and other tech giants paid almost $100B less in taxes than they claimed: analysis

Bolstering demands for a global minimum tax to rein in corporations' evasive tactics, a new analysis released Monday showed that a half dozen Big Tech companies based in the United States paid almost $100 billion less in taxes over the past decade than stated in their annual reports.

In March 2008, as Facebook was speeding toward 100 million users and emerging as the next big tech company, it announced an important hire.

Facebook contracts with the U.S. Federal Government (via USA SPENDING).