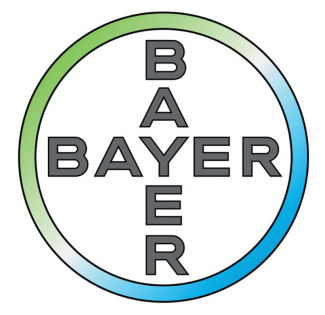 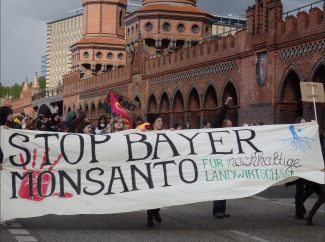 The company was part of a conglomerate named IG Farben that was actively involved in helping the Nazis conduct medical experiments on prisoners in concentration camps during the Second World War, as well as the production of Zyklon B, the poison gas that was used to kill over one million people in gas chambers. In recent years, the company has come under fire for a number of drugs such as the contraceptive Yasmin that has been associated with blood clots; and for hiking the price of Betaseron, which is used to treat multiple sclerosis, from $11,500 to over $100,000.

Individual Records & Summaries
Click here for details of Bayer's violations.
Information in this section is drawn from the Violation Tracker database produced by the Corporate Research Project of Good Jobs First in Washington DC. It is the most comprehensive source of data on business violations of laws and regulations in the United States. For specific examples of misconduct, please click on the links. 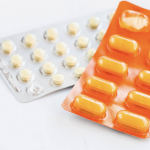 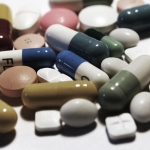 Why are MS drugs so expensive?

Published by
The Pharma Letter
| By
David Levine
|

In August, Representatives Elijah Cummings, a Ranking Member of the House Committee on Oversight and Government Reform, and Peter Welch, a senior Democrat on both the Oversight Committee and the Committee on Energy and Commerce,

The Pill Is Far, Far Riskier Than The Vaccine For Blood Clots & Yet All I Hear Are Crickets

I went on the pill around the time I started having sex. With all the confidence of a 17-year-old who had already upgraded from Dolly to Cleo Magazine, I walked into the 24-hour clinic and asked for the one that gave me no acne and no weight gain, please.

Published by
Reuters
| By
Jonathan Stempel
|

(Reuters) - A federal judge has rejected Bayer AG’s proposed $648 million settlement of class-action litigation by cities and other claimants over contamination from polychlorinated biphenyls, or PCBs, made by the former Monsanto Co.

Bayer could be close to Roundup settlement, mediator says

FILE PHOTO: Logo and flags of Bayer AG are pictured outside a plant of the German pharmaceutical and chemical maker in Wuppertal, Germany August 9, 2019. REUTERS/Wolfgang Rattay

German chemical giant Bayer’s $66bn (£50bn) deal to buy controversial US agrochemical giant Monsanto and create the world’s largest seeds and pesticides company is “a threat to all Americans” and should be blocked, Bernie Sanders said on 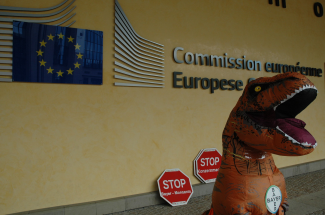 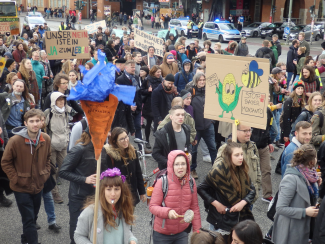 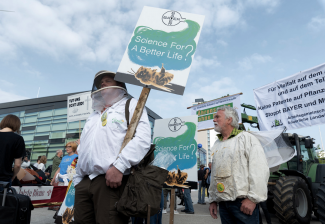 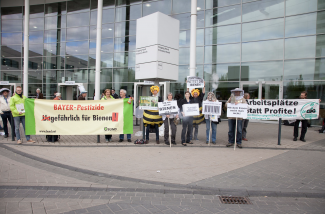 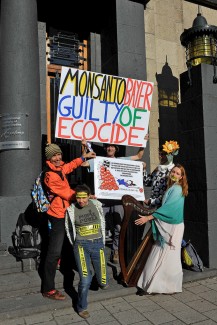 Activists have gathered in Paris to support people exposed to Agent Orange during the Vietnam War, after a French court examined the case of a French-Vietnamese woman who sued 14 companies that produced and sold the powerful defoliant.

The Bayer AG annual shareholders’ meeting got underway Tuesday in Germany, drawing the attention of not only investors and analysts but also activists, lawyers and cancer patients who want to see Bayer make amends for alleged misdeeds by Monsanto, which Bayer bought two years ago.

Activists protest outside French Monsanto factory ahead of G7

French activists brought in dirt, hay and plants to create a makeshift vegetable patch as they protested in front of a Monsanto factory on the eve of the Biarritz G7 summit.

Thousands gather in France, worldwide for annual march against Monsanto

Since 2013, environmental activists and other protesters have organised the annual March Against Monsanto in cities in France and across the world, demanding an agriculture free of pesticides and toxic agrochemicals.

Activists have spray-painted the headquarters of Bayer AG to protest its production of pesticides.

French activists have spray-painted the Paris headquarters of Bayer AG and plastered it with signs to protest its production of environment-damaging pesticides.

Despite a pledge not to have lay-offs until 2025, a "significant number" of the job cuts at Bayer will be in Germany. More than 1,000 employees in the western city of Wuppertal came out to protest a plant closure.

Thousands protest against seed giant Monsanto ahead of Bayer merger

Furious environmentalists have taken to streets around the world to protest against seed giant Monsanto at the same time as the company is facing a $62 billion takeover by Bayer, the German drugs giant.

Bayer has reached another settlement to resolve a collection of claims that its weedkiller Roundup caused cancer, thus avoiding a trial that was set to start next week in St. Louis.

Internal government emails reveal Monsanto owner Bayer AG and industry lobbyist CropLife America have been working closely with US officials to pressure Mexico into abandoning its intended ban on glyphosate, a pesticide linked to cancer that is the key ingredient in Monsanto’s Roundup weedkillers.

Lawyers have begun legal action on behalf of 200 UK women against the makers of a sterilisation device, after claims of illness and pain.

In a filing Thursday, Bayer's lawyers said they had settled thousands of lawsuits over Monsanto’s Roundup after a federal judge raised questions about a $10.9 billion deal that failed to resolve all the litigation.

Bayer AG has agreed to pay $39.5 million to resolve allegations that its Monsanto subsidiary made false and misleading claims in advertisements about Roundup and the potential health risks the controversial weed killer may pose for humans and animals.

The world’s five biggest pesticide manufacturers are making more than a third of their income from leading products selling chemicals that pose serious hazards to human health and the environment, a joint investigation by Unearthed and Public Eye has found.

The German chemicals giant has promised a probe into allegations it created a list of 200 French journalists and lawmakers who were critical of its US subsidiary. France wants to know if the data was collected illegally.

A California jury on Monday awarded more than $2 billion to a couple who claimed Bayer AG’s glyphosate-based Roundup weed killer caused their cancer, in the largest U.S. jury verdict to date against the company in litigation over the chemical.

Bloomberg: Bayer to pay $110 million to get out from under 500 Yaz lawsuits

Three months of negotiations have apparently resulted in Bayer ($BAYN) deciding that claims against its Yasmin line of birth control are worth about $220,000 each.

To read the English-speaking media, you'd never know that Bayer just paid "tens of millions" of dollars to end a three-decade long scandal in which the company sold HIV-contaminated blood products to haemophiliacs, thousands of whom later died of AIDS.

Yes, Bayer Promoted Heroin for Children -- Here Are The Ads That Prove It

It's not news that Bayer, the venerable German drug company, made its first fortunes in the late 1890s when it commercialized both aspirin and heroin as cough, cold and pain remedies.

You should know that, among others, Bayer bought prisoners in WWII in order to experiment on them

You’ve heard about Bayer, right? They’re one of the biggest pharmaceutical companies in the world, most famous for inventing aspirin.

Bayer (BAY.DE) is storing 90 tonnes of methyl isocyanate -- the chemical that killed thousands in the 1984 Union carbide disaster at Bhopal -- in a storage tank in Institute, W.V., that has failed safety inspections.

Historical background on Bayer, by Lucas Courtin, of Mirador (French)

Subsidy Tracker is a project of Good Jobs First in Washington DC. It is the most comprehensive source of data on state and federal subsidies in the United States. For more details, click on the links.
Click here for details of subsidies received by Bayer.
Tax Havens

A growing number of case studies, court cases as well as the emerging analysis of country-by-country
reports show: multinational corporations across many industries and countries use accounting tricks to
shift their profits to corporate tax havens.

The chemical and pharmaceutical company BAYER has systematically moved profits to low-tax countries. The corporation thereby reduces its tax burden at the expense of taxpayers in Germany, the United States or France.

Bayer Contracts with the U.S. Government (via USA SPENDING).

Bayer contracts with the U.S. Government (via SAM).