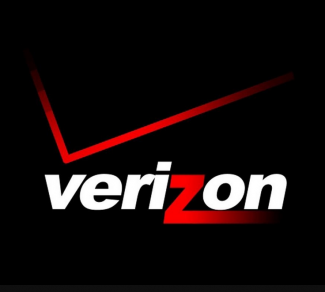 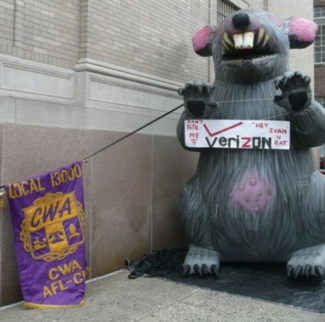 Verizon is the second-largest U.S. telecommunications provider. It is an heir to the American Bell Telephone Company network founded in 1877 that was broken up into seven regional companies a century later. One of those seven was Bell Atlantic, which later re-acquired other parts of the original network, and eventually became Verizon in the year 2000. Verizon was outed by National Security Agency whistleblower Edward Snowden in 2013 for collaborating with the spy agency to secretly collect communications data of millions of U.S. customers. The company has lobbied heavily against ‘net neutrality’ which requires companies to provide Internet content at the same speed rather than favoring one content provider (such as major video and web distributors) over the others.

The importance of net neutrality became a matter of life and death during the California wildfires in 2018 when the company admitted to throttling data to local fire departments in an effort to force them to pay $2 more a month. Not least, Verizon has been accused of ‘digital redlining’ ie providing slower Internet to poor communities where it is the dominant and sometimes only provider and selling customer real-time location data to data brokers. Verizon has also come under fire for union-busting, racial discrimination, failing to provide legally required family leave to employees, and for failing to provide COVID-19 protective equipment to technicians.

Individual Records & Summaries
Click here for violation data on Verizon Communications
Information in this section is drawn from the Violation Tracker database produced by the Corporate Research Project of Good Jobs First in Washington DC. It is the most comprehensive source of data on business violations of laws and regulations in the United States. For specific examples of misconduct, please click on the links. 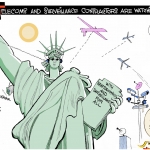 Verizon (and Google) Helped U.S. Government to Spy on Reporters

Federal Communications Commission Chairman Ajit Pai and his staff are fond of taking to Twitter to assert that, in the just over two months since the repeal of the FCC’s 2015 network neutrality rules took effect, the “In

Verizon confirmed on Wednesday the personal data of 6 million customers has leaked online.

The security issue, uncovered by research from cybersecurity firm UpGuard, was caused by a misconfigured security setting on a cloud server due to "human error."

Published by
Forbes
| By
Kalev Leetaru
|

Earlier today Verizon and AT&T both pledged to largely stop reselling their customer’s real-time mobile phone locations to third-party commercial data brokers, though both companies noted that they would not ent

Verizon has spent the better part of the last decade mired in privacy scandals and lobbying the government to ignore or legalize its bad behavior. Now it’s launching a new privacy-centric search engine, apparently hoping you forgot all of that ever happened.

On Wednesday night, Glenn Greenwald, of the Guardian, posted

The Federal Communications Commission today collected a $614.3 million fine from Verizon and Straight Path, a company that Verizon just bought.

Published by
Federal Communications Commission
| By
Will Wiquist
|
Read more

Alfred Salvatore, a 47-year-old service technician at Verizon for over 20 years in Chester, Pennsylvania, died from coronavirus on 24 April, after repeatedly sounding the alarm over the lack of getting any pro 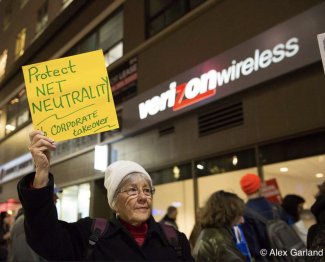 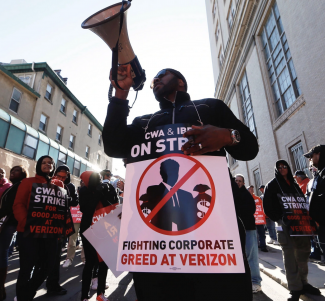 Break up the Telecom Giants

Verizon and AT&T hold the keys to the internet for millions of Americans—and have enough power, online and off, to be just as worthy of scrutiny as the social media giants.

Unions offer “empty promises and unrealistic expectations” and don’t act with “integrity”, according to internal documents circulated by Verizon’s human resources department and obtained by the Guardian.

Groups of angry protesters are gathering outside of Verizon stores

In small groups across the country, demonstrators could be found Thursday holding up placards and chanting slogans can be found outside of Verizon stores. But, no, they weren't protesting against the carrier's hidden fees, dropped calls or lack of iPhone Xs.

The new chairman of the FCC was a top lawyer at Verizon. Now he's calling for a vote to kill net neutrality. We’re protesting at retail stores across the U.S. to demand that Congress stop Verizon’s puppet FCC from destroying the Internet as we know it.

Verizon workers vote to back strike in contract dispute, if necessary

Verizon workers in nine states have voted to go on strike if necessary over a dispute about a new contract, a union official said at a rally Saturday. “Our members are clear and they are determined,” said Dennis Trainor, an official with the Communications Workers of America union. “They reject management’s harsh concessionary demands.”

The California Public Utilities Commission has decided to launch an investigation into both Verizon and AT&T, claiming both networks failed to consistently provide quality service to their customers. What's more, the CAPUC is insisting that the carriers pay for the investigation themselves.

Verizon Wireless is no longer allowed to block apps that allow people to use their 4G LTE smartphones as Wi-Fi hotspots. And the carrier will pay the Federal Communications Commission a $1.25 million fine, the government agency said Tuesday.

Mom: Verizon Fired Me For Taking Leave After My Babies Died

A New Jersey woman who used a surrogate to have twins is suing Verizon for allegedly denying her paid maternity leave—and she claims the company later fired her when she took time off to care for the babies, who were born prematurely and who both died shortly after birth.

Today marks six weeks since nearly 40,000 Verizon workers went on strike along the East Coast, from Massachusetts to Virginia, marking one of the biggest U.S. strikes in years. The workers have been without a contract since August amid attempts by Verizon to cap pensions, ...

Subsidy Tracker is a project of Good Jobs First in Washington DC. It is the most comprehensive source of data on state and federal subsidies in the United States. For more details, click on the links.
Click here for details on subsidies received by Verizon Communications
Tax Havens

Verizon is the nation’s largest cellular phone operator, with 115 million customers. Verizon paid less in
federal income taxes in recent years than many of its customers.

How Verizon Shortchanges the Government through Tax Dodging & Subsidies

With more than $100 billion in annual revenues and nearly $15 billion in operating profits, Verizon is a large and prosperous company that should pay a substantial amount in taxes to federal, state and local governments.

Verizon Communications contracts with the U.S. Federal Government (via SAM)