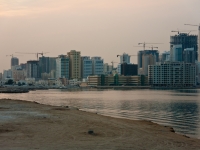 A lawsuit against Victor Dahdaleh, a Canadian-British billionaire, for allegedly paying Â£39 million ($65 million) in bribes to win supply contracts worth Â£2 billion ($3.2 billion) from Aluminium Bahrain (Alba) has collapsed.

Dahdaleh, who was a generous supporter of UK Labour party think tanks under former prime minister Tony Blair, has been accused of making payments to Sheikh Isa bin Ali al-Khalifa, a senior member of the Bahraini royal family, between 1998 and 2006. At the time Isa was serving as chairman of Alba as well as Bahrain's minister of finance.

The payments are supposed to have occurred when Alcoa, a Canadian company, was negotiating the renewal of a contract to supply raw alumina to Alba which operates the world's fourth-largest aluminum smelter. The UK Serious Fraud Office (SFO) has accused Dahdaleh of having "devised the necessary mechanics to generate funds from these contracts, either by taking a percentage of the supply contracts or by creating his own parallel contract. Either way, the rewards to Mr Dahdaleh were enormous."

For example, Dahdaleh is alleged to have used Liechtenstein and Swiss banks as well as British Virgin Islands-registered companies to arrange payments and bids.

Bruce Hall, a former Alba CEO, has already pleaded guilty to accepting Â£3 million ($4.8 million) in bribes from Dahdaleh. Despite this a lawsuit brought by the SFO collapsed earlier this month after the Bahraini government confirmed that it had authorized Dahdaleh's payments to Sheikh Isa.

"We hereby confirm that the board of directors of Aluminium Bahrain knew of and approved all contracts entered into by Alba, including knowing of and approving payments made by Victor Dahdaleh," wrote Jamel Saleem Al-Arayed, a Bahraini deputy prime minister, in a letter to the courts. "This was entirely in accordance with Alba's business practice."

Under British law payments under what is called "principal's consent" cannot be considered bribes.

"After careful consideration of all the circumstances of this case, the SFO has concluded that there is no longer a realistic prospect of conviction ... and accordingly we will offer no evidence," said Philip Shears, lead counsel for the prosecution.

Weeks prior Shears had told the court: "This case is about corruption. It's corruption, we will suggest on a very large scale."

The case posed a major embarrassment to the Bahraini government, which owns three quarters of Alba, which in turn accounts for 10 percent of Bahrain's gross domestic product.

But it has proved to be an even bigger embarrassment for the SFO. Just this past August, the agency had to admit that it had lost 81 audio tapes and 32,000 pages of data relating to an investigation into bribery paid out by BAE, a major UK weapons producer, for lucrative contracts with Saudi Arabia.

The SFO has also failed to win multiple other major cases in recent years. For example, in 2002 the agency spent some Â£40 million ($64 million) in a failed attempt to pursue a Â£20 million ($32 million) fraud at Wickes, a home improvement chain.

The SFO also spent tens of millions in the 1980s and 1990s pursuing share fraud allegedly committed by Blue Arrow during the takeover of Manpower and by Guinness in the takeover of Distillers, only to see both cases collapse