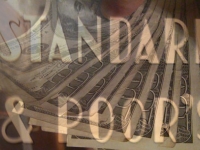 The medieval alchemists claimed they could turn ordinary metals into gold. Analysts at Standard & Poors (S&P), Wall Street's top ratings agency, claimed that bad loans to poor people were wildly profitably. A U.S. government investigation alleges that S&P financial analysts are no different from the hucksters of yore.

On Monday, the U.S. Department of Justice sued S&P for $5 billion for misleading the Western Federal Corporate Credit Union, the first federally chartered credit union, which collapsed in 2008.  Sixteen states have joined the lawsuit while the U.S. Securities & Exchange Commission has also launched an investigation. S&P has offered to settle for $100 million instead without admitting any guilt.

The lawsuits are based on a special government investigation named "Alchemy" into top ratings provided by S&P for "collateralized debt obligations" (CDOs) composed of sub-prime mortgages. The federal officials allege that analysts knew that the loans were likely to go sour.

Sub-prime mortgages are a name for loans made to people who have bad credit and cannot borrow money to buy houses under normal circumstances. A flood of such loans from U.S. banks that lasted till 2006 created over $1 trillion in debt, typically for poor people, whose property values crashed when the housing bubble burst in 2007.

Two dozen government lawyers spent several years, conducting over 150 interviews, to find out how much the ratings agency knew about the quality of the CDOs. Some of the documents they uncovered were pretty damning.

"Watch out // Housing market went softer // Cooling down // Strong market is now much weaker // Subprime is boi-ling o-ver // Bringing down the house," sang an analyst in a parody video of Talking Heads' 1983 song "Burning Down the House" that he recorded for his colleagues in March 2007.

"In effect, rating agencies like S&P greased the assembly line that allowed banks to package and sell risky mortgages that generated huge profits," wrote the Huffington Post in a summary of the findings.

"We allege that S&P falsely claimed that its ratings were independent, objective, and not influenced by the company's relationship with the issuers who hired S&P to rate the securities in question," said Eric Holder, the U.S. attorney general, at a press conference on Tuesday. "When, in reality, the ratings were affected by significant conflicts of interest, and S&P was driven by its desire to increase its profits and market share to favor the interests of issuers over investors."

"Claims that we deliberately kept ratings high when we knew they should be lower are simply not true. S.&P. has always been committed to serving the interests of investors and all market participants by providing independent opinions on creditworthiness based on available information," the Wall Street firm said in a statement released to the press.

S&P has also tried to claim in court that its ratings are protected under the first amendment to the U.S. constitution, which guarantees the right to free speech. Federal judges have been skeptical like Shira A. Scheindlin, who recently ruled against the argument.

S&P is one of three major agencies on Wall Street. No federal action has been announced yet against the other two agencies - Fitch and Moody's - despite evidence gathered two years ago that suggest they knew of the problem too.

Other lawsuits have also uncovered evidence that Wall Street firms were aware of the problems with sub-prime loans as far back as 2005, according to documents just released in a New York court under a lawsuit against Morgan Stanley, a major U.S. investment bank, that was brought by the China Development Industrial Bank (CDIB) from Taiwan.  The bankers cracked jokes about the quality of the CDO that they sold to the Taiwanese suggesting that it should be called "Subprime Meltdown," "Hitman," "Nuclear Holocaust" and "Mike Tyson's Punchout" or "Shitbag."