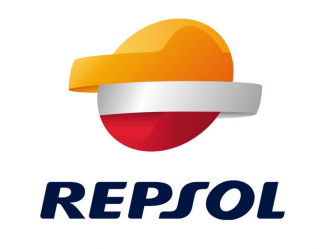 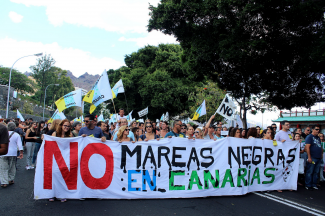 Repsol is a fossil fuel exploration company that evolved from a Spanish state venture that was set up in the 1920s. It acquired oil fields and refineries in South America in the 1990s by taking advantage of the wave of privatizations of state-owned oil companies, pushed by the World Bank and the International Monetary Fund, notably of Yacimientos Petrolíferos Fiscales (YPF) in Argentina. Repsol-YPF has been accused of trampling on the rights of the Lonko Purran community of Mapuche people in the Cerro Bandera oil field in Argentina; as well as the Kugapakori, Machiguenga, Nahua and Yine people of the Urubamba River who are impacted by the Camisea Gas Project in Peru.

The company sued the government of Argentina in 2012 for $10 billion after the country nationalized YPF with the backing of  80 percent of legislators of parliament. The case was settled in 2014 after Argentina paid Repsol $5 billion. Repsol abandoned a project to drill for oil off the coast of Spain's Canary Islands after massive opposition from the local authorities and the local people, who were worried on the impact on the tourism industry.

Individual Records & Summaries
Repsol Violation Tracker Profile
Information in this section is drawn from the Violation Tracker database produced by the Corporate Research Project of Good Jobs First in Washington DC. It is the most comprehensive source of data on business violations of laws and regulations in the United States. For specific examples of misconduct, please click on the links. 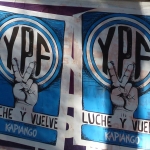 The Last Commons: Drilling in the Peruvian Amazon

Published by
VQR
| By
Kelly Hearn
|

e wait until the sun comes up,” Alcides said.

“Across the bridge. There. Better to sleep now.”

The lower Urubamba River in southern Peru is a long way from the boardrooms and corridors of power in European capitals.

The Spanish company Repsol YPF has been operating unscrupulously in Argentina to plunder non renewable hydrocarbon resources, while violating national and international regulations, in addition to their own concession contracts, according to the Foundation of Social and Political Research (FISYP)

Published by
BBC
| By
Vladimir Hernandez
|

Amid applause and cheers, Argentina's President Cristina Fernandez de Kirchner put an end to months of speculation when she announced moves to nationalise YPF, the country's biggest oil company. 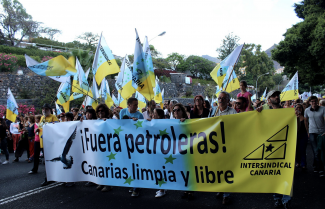 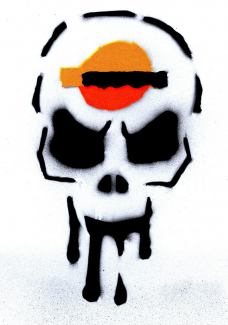 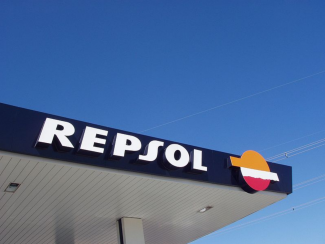 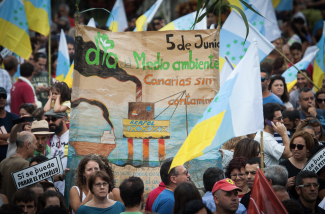 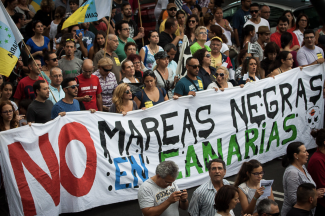 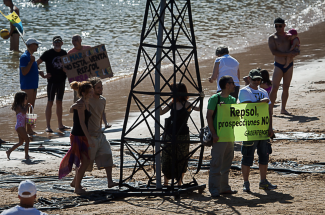 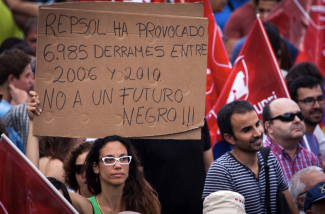 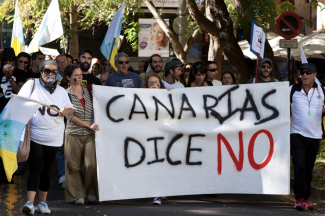 No to Oil Drilling photo arribalasqueluchan! 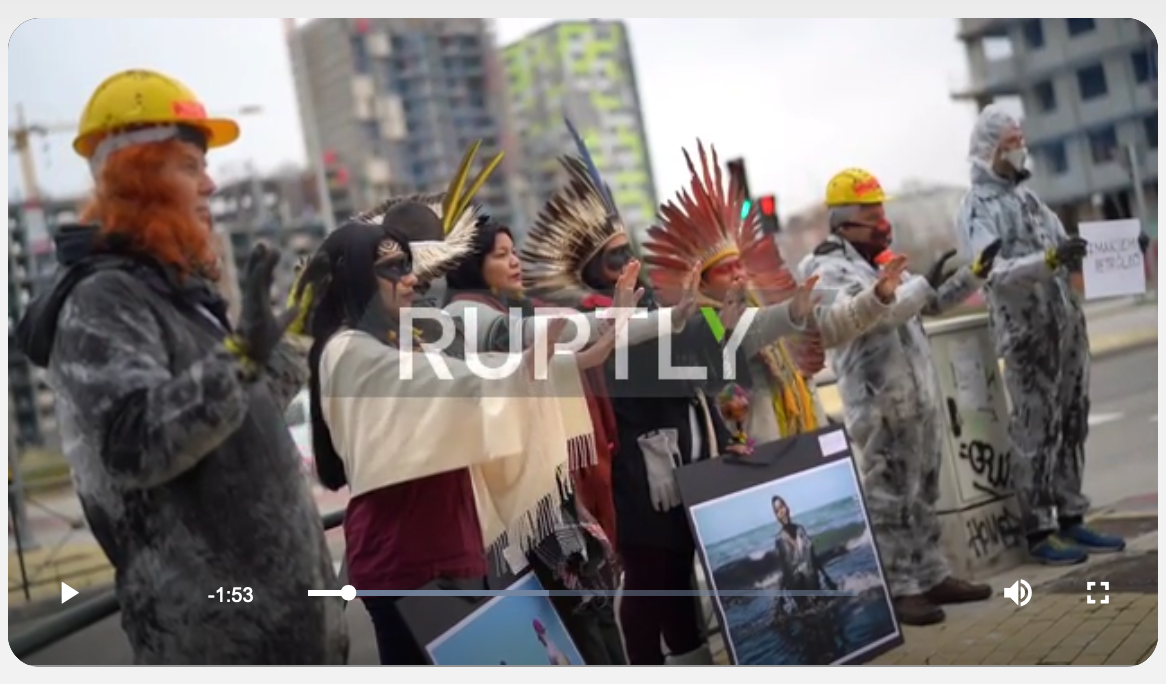 Big Oil’s Oily Grasp: The Making of Canada as a Petro-State and How Oil Money is Corrupting Canadian Politics (Polaris Institute, December 2012).

The joint union committee announced strike action from December 9 to 12 and from December 21 to January 9, 2021, after the company refused to negotiate.

A group of protesters representing Brazilian indigenous tribes staged a protest on Sunday in front of the headquarters of Spanish energy company, Repsol, in Spain's capital, Madrid, calling for an end to oil drilling and exploration off the coast of Brazil.

Spanish energy multinational Repsol put a halt to construction works for a gas compressor plant in the Peruvian Amazon until 2019, due to protests from an indigenous community that owns the rights to the land.

Campaigning against oil exploration near the Canary islands.

A Flotilla of boats protesting plans for a fracking survey on the Costa Del Sol has been backed by Greenpeace and the Junta.

Spanish oil company Repsol has agreed a $5bn (£3bn) settlement with Argentina over the seizure of its assets there.

The suit argues that the government did not consult with local people before giving the companies permission to work there, as is required under international law, and oil exploration would violate local peoples’ fundamental human rights to ‘enjoy a balanced environment’.

Environmental, human-rights and Indians groups filed a lawsuit with the Constitutional Court Tuesday to stop Repsol-YPF from building a new oil pipeline.

A federal judge on Wednesday approved a $172 million agreement settling damage claims from a 1988 explosion at Shell Oil Co.’s refinery in Norco, La.

Subsidy Tracker is a project of Good Jobs First in Washington DC. It is the most comprehensive source of data on state and federal subsidies in the United States. For more details, click on the links.
Click here for details of subsidies received by Repsol
Major Projects

Repsol to Drill for Oil in Amazon Rainforest in Peru

Repsol has been given the go-ahead by Peru's ministry of energy and mines (MEM) to explore for oil in one "protected" and one proposed reserve in the north of the country in the remote Amazon rainforest bordering Ecuador.

Mediterranean Reefs Will Be Destroyed Upon Repsol's Prospecting

Information provided by Repsol Investigaciones Petrolíferas, S. A. (RIPSA, Repsol’s Oil Investigation unit), which is promoting the drilling of the seabed in front of Spain’s Costa del Sol, and the Spanish Ministry for the Environment, does not reflect the reality of the habitats that will be damaged.

We are calling the attention of groups that support the U'wa people. From information from ECOPETROL and the Ministry of the Environment, we can confirm that the Colombian petroleum company, Ecopetrol, has two contracts in association with the Spanish petroleum company REPSOL, to explore and drill in U'wa ancestral land.