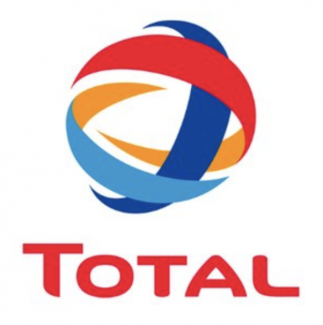 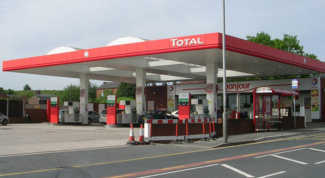 Total is a fossil fuel exploration company. Founded in 1924 as the Compagnie Française des Pétroles (French Petroleum Company) with the support of the French government and banks, it was renamed Total in 1985. It is the biggest shareholder and operator of the Yadana gas pipeline in Burma (now Myanmar) where the army was accused of forced labor and killing in the Tennaserim peninsula. In 2005 the company paid out €5.2 million to eight Burmese villagers who sued the company for human rights abuses. Total has also been sued by villagers in the Lake Albert region of Uganda for landgrabbing. In South America, Total has been under fire for plans to drill in the Foz do Amazonas basin of Brazil and off the coast of French Guiana.

In Siberia, Total’s joint venture with Novatek has devastated the 6,000 nomadic indigenous Nenets reindeer herders in the Yamal peninsula. And in the U.S. Total’s refinery in Port Arthur, Texas, was fined $2.9 million for air pollution in 2007, and then $8.75 million in 2013. Yet in 2019, it remained the state’s biggest monitored emitter of benzene. Total was fined $60 million in 2013 for bribing government officials in Iran to win contracts. Not least, it owns Elf Equitaine whose top executives were jailed for siphoning off €350 million between 1989 and 1993 to fund their own extravagant lifestyles and pay off leaders in Angola, Cameroon, Congo-Brazzaville and Gabon.

Individual Records & Summaries
Total S.A. Violation Tracker Profile
Information in this section is drawn from the Violation Tracker database produced by the Corporate Research Project of Good Jobs First in Washington DC. It is the most comprehensive source of data on business violations of laws and regulations in the United States. For specific examples of misconduct, please click on the links.

Vladimir Putin’s annual press conference in December 2017 came a few days after the Russian president took part in the launch of the new Yamal LNG plant in the Russian Arctic, a $27 billion project aiming to overtake Q

Published by
The Guardian
| By
Jon Henley
|

A Toyota Factory Revs Up in Tijuana

Toyota Motor Corp. didn’t rely just on the help-wanted section in the newspaper here when it was ready to begin staffing the assembly line at its newest factory. 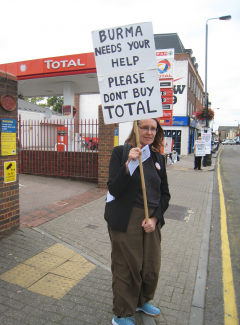 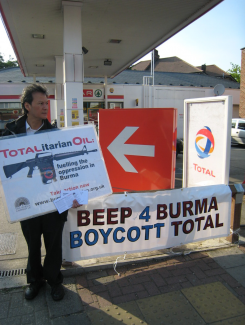 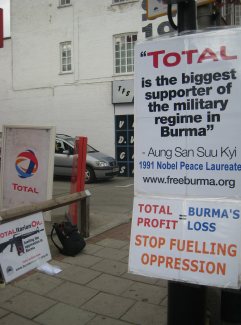 French and Ugandan campaign groups including Friends of the Earth have filed a legal notification with Total, claiming it has failed to address the human and environmental impact of its Ugandan operations as required by French law.

More than 250 Greenpeace activists hijacked Total’s annual shareholders’ meeting in Paris to protest at the oil company’s plans to drill in the mouth of the Amazon and French Guiana.

Protestors dressed in all black staged a dramatic performance at the Louvre last Sunday to pressure the museum to cut its 20-year-long ties with French multinational oil and gas company Total S.A.

Oil giant Total SA is being sued by 14 local governments and a handful of non-governmental organizations in France for not doing enough to reduce its carbon emissions and fight global warming.

The judges ruled in favour of Total, confirming the judgment of the first instance court which considered that this dispute fell within the jurisdiction of the commercial court. Civil society believes that this decision is contrary to the spirit of this law and harmful to its implementation.

Total Petrochemical will pay an $8.8 million fine for violating a 2007 air pollution settlement over emissions at its Port Arthur refinery, the Justice Department said Friday.

The Securities and Exchange Commission today charged France-based oil and gas company Total S.A. with violating the Foreign Corrupt Practices Act (FCPA) by paying $60 million in bribes to intermediaries of an Iranian government official who then exercised his influence to help the company obtain valuable contracts to develop significant oil and gas fields in Iran.

Total to pay $15 mln to settle US false claims case

Units of French energy concern Total have agreed to pay $15 million to settle U.S. allegations that they underpaid royalties on natural gas from federal and Indian leases, the U.S. Justice Department said on Wednesday.

Workers are staging 48-hour strikes at all of Total's French refineries and other downstream facilities, in protest at anticipated job losses.

Several workers who worked in the security department of Total E&P Nigeria Limited on Monday protested the non-payment of their severance packages by the company.

(Total)continues to be linked to killings and forced labor in Burma and continues to mislead policymakers, investors, and the general public about its impacts in the military-ruled country, according to the Washington DC-based nongovernmental organization Earth Rights International (ERI).

Subsidy Tracker is a project of Good Jobs First in Washington DC. It is the most comprehensive source of data on state and federal subsidies in the United States. For more details, click on the links.
Click here for details of subsidies received by Total S.A.
Major Projects