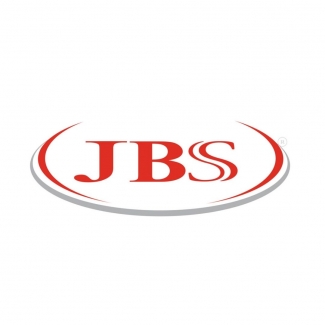 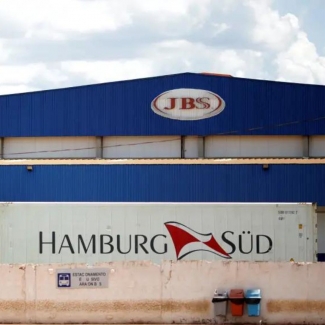 JBS, the largest meat processing company in the world, was founded by José Batista Sobrinho, a rancher in Anápolis, Brazil, in 1953. The Meat Atlas, a non-profit publication that tracks the industry, estimates that JBS slaughters 42 million chickens, 170,000 cattle and 350,000 pigs every single week. JBS has featured at the top of the list of companies linked to environmental destruction in the Amazon rainforest. Multiple reports from NGOs like Amnesty and Greenpeace have repeatedly linked JBS to farmers and ranchers who have been engaged in widespread deforestation. The conglomerate has also been accused of corruption, bribery, and price-fixing in both Brazil in the U.S. In 2017, Joesley and Wesley Batista, two major shareholders of JBS, admitted to spending US$129 million to bribe nearly 1,900 politicians in Brazil in recent years, and agreed to pay a US$3.2 billion fine.

During the COVID-19 pandemic, JBS faced numerous lawsuits, investigations, and protests both in the Brazil and the U.S. regarding the lack of safety measures for its workers. It was forced to pay at least US$4.2 million in November 2021 for breaking COVID-19 prevention rules in São Miguel do Guaporé in the state of Paraná in Brazil. JBS slaughterhouses have also been linked to the spread of COVID-19 in surrounding communities, most notably in the case of the Dourados Indigenous reserve in Mato Grosso do Sul, where 90 percent of those infected were found to be directly or indirectly associated with JBS.

JBS also has a history of poor safety practices in the workplace. Investigative website O Joio e O Trigo calculated that JBS slaughterhouses in Brazil averaged seven work accidents a day between 2018 and 2020 with regular reports of severe injuries and horrific deaths.

Individual Records & Summaries
Click here for violation data on JBS
Information in this section is drawn from the Violation Tracker database produced by the Corporate Research Project of Good Jobs First in Washington DC. It is the most comprehensive source of data on business violations of laws and regulations in the United States. For specific examples of misconduct, please click on the links. 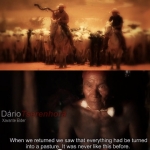 The revolving door that allows the deck to be stacked against family farm agriculture at every step of the game continues. JBS announced they have hired former U.S.

JBS: A Story of Corruption, Deforestation and Exploitation

JBS USA is a leading beef and pork processor in America, and a wholly-owned subsidiary of Brazilian company JBS S.A., the largest beef and pork producer in the world by sales. Its size comes at a cost to the environment, the animals, and human health.

JBS: The Brazilian butchers who took over the world

If you eat meat, you probably buy products made by one Brazilian company. A company with such power it can openly admit to having bribed more than 1,000 politicians and continue to grow despite scandal after scandal. And you’ve probably never heard of it. 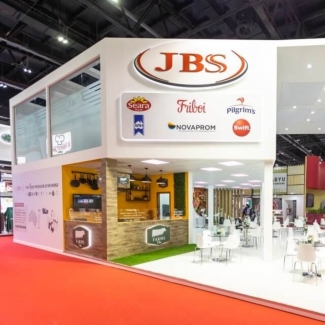 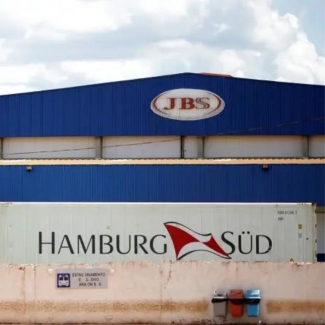 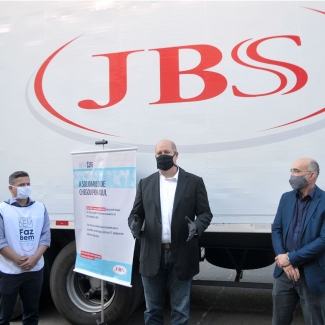 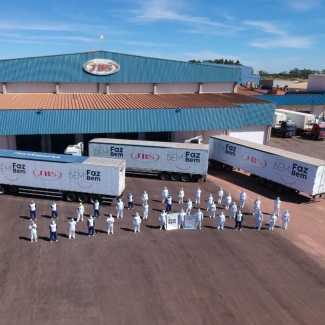 After three days of voting, an overwhelming 81% of JBS union members have voted to accept the Company’s offer of settlement and ratify a new union contract.

JBS’s latest green PR spin can’t change the facts: the company is destroying Brazilian forests, savannahs and wetlands. Supermarkets and banks can stop this. JBS gets away with it because retailers and banks are ignoring the company’s environmental destruction, criminal behaviour and corruption scandals.

A union representing workers at a Colorado meatpacking plant where six workers died of COVID-19 and hundreds more were infected staged a protest Wednesday, claiming that federal officials should have fined the company more for its alleged failure to provide safe working conditions.

Unions demand R$ 200,000 for every JBS employee contaminated with Covid-19

In the wake of the coronavirus outbreak at a meatpacking plant in Hyrum, animal rights activists have used the situation as an opportunity to protest.

The union that represents more than 3,000 meat packing employees at JBS in Greeley has filed formal complaints against the company regarding working conditions and directly lobbying employees during contract negotiations.

US and European politicians call for investigation into JBS

The Securities and Exchange Commission today announced that Brazilian nationals Joesley Batista and Wesley Batista and their companies J&F Investimentos S.A. and JBS S.A., a global meat and protein producer, have agreed to pay nearly $27 million to resolve charges arising out of an extensive bribery scheme that took place over multiple years.

Bolsonaro administration paid BRL 47 million to JBS to buy meat, according to magazine

The pair, who resigned from their board positions at the company last week, say they spent 600m real to bribe nearly 1,900 politicians in recent years.

After new U.S. Department of Agriculture (USDA) documents revealed that six cows had been repeatedly shot in the head—leaving them still conscious and in severe pain, as some of them looked or even jumped around after the first shot—at the JBS slaughterhouse near Plainwell, PETA sent a letter today to Allegan County Prosecuting Attorney Myrene Kay Koch asking her to investigate...

Nearly a third of the cattle bought by JBS SA in the Brazilian Amazon state of Para came from ranches with “irregularities” such as illegal deforestation, prosecutors found in a 2020 audit of the world’s largest meatpacker released on Thursday.

New evidence appears to connect JBS, the world’s biggest meat company, to cattle supplied from a farm in the Brazilian Amazon which is under sanction for illegal deforestation.

Cattle illegally grazed in protected areas of Brazil’s Amazon rainforest have entered the supply chain of the world’s largest meat-packer, JBS, Amnesty International said today in a 69-page report, From forest to farmland.

JBS is destroying the Amazon

Something strange is afoot in the US beef industry. The US is technically the world’s largest beef producer, but meatpacking companies from Brazil, the second largest country-of-origin, are consolidating the industry.

Advocacy groups sued JBS USA’s meat-processing plant for how it’s discharging its water into a Greeley stream, but now are in discussions over a settlement

The U.S. Department of Labor’s Occupational Safety and Health Administration has cited JBS Foods Inc. – one of the nation’s largest meat and pork suppliers – again, for exposing employees to safety hazards at its Greeley facilities, this time following the death of a worker who was installing a paddlewheel.

Neither investigation nor funeral: the contaminated workers that JBS insisted on ignoring

The JBS meat grinder in Brazil: 7 work accidents a day

A federal panel has ruled that the U.S. arm of Brazilian meatpacking giant JBS SA JBSS3.SA violated the civil rights of more than 100 Somali Muslim workers who were fired last year after a walkout over a dispute about prayer breaks, according to newspaper reports.

At least 59,000 workers at Tyson Foods, Smithfield Foods, JBS, Cargill and National Beef — companies that control the lion’s share of the U.S. meat market — were infected with the coronavirus during the pandemic’s first year, according to a report the subcommittee released Wednesday on its findings.

As an industry, meatpackers seem to operate according to their own set of rules, which may lead to reprehensible and sometimes deadly consequences. Among its global peers JBS, the world’s largest meatpacking company, is exceptional.

The contamination of the Indigenous community in Dourados, Brazil, began at a JBS slaughterhouse

Meatpacker JBS SA is being sued for alleged violation of indigenous workers’ rights after firing 40 members of the Kaingang tribe from a plant in southern Brazil, according to a court document.

Netherlands-based BankTrack tracks the involvement of commercial banks in financing business sectors and specific activities with a negative impact on people and planet.

Subsidy Tracker is a project of Good Jobs First in Washington DC. It is the most comprehensive source of data on state and federal subsidies in the United States. For more details, click on the links.
Click here for details of subsidies received by JBS.
Tax Havens

The biggest companies involved in trading commodities driving deforestation in Brazil are channeling money through tax havens, inflating their profits and preventing greater scrutiny of their operations, according to a paper in Nature.

In a brief stock-exchange filing today (4 January), JBS said it had finalised a deal that had been scrutinised by Australia’s competition watchdog. “With this acquisition JBS strengthens its position in Australia, becoming the leader in pork processing in the country..."

Brazilian meat processing giant JBS has been cleared to take over Tasmanian salmon farmer Huon by the Foreign Investment Review Board in a move environmental groups fear will make it harder to regulate the local industry.

JBS, the largest animal protein producer on Earth, made headlines last week with a commitment to achieve zero deforestation across its global supply chain by 2035 and net-zero greenhouse gas emissions by 2040. The Brazilian meatpacking company congratulated itself as “the first major company in its sector to set a net-zero target.”

JBS contracts with the U.S. Federal Government (via USA Spending)