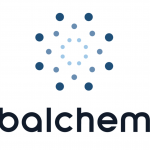 Balchem is a chemical manufacturer that makes health and nutrition products for animal and humans. It was founded in 1967 and is headquartered in New Hampton, New York. One of its biggest subsidiaries is BCP Ingredients, which manufactures ethylene oxide, used in medical equipment sterilization, and choline chloride, which is used in animal feed for chickens and cows.

The U.S. Environmental Protection Agency’s (EPA) estimates  that the excess lifetime cancer risk from ethylene oxide emissions at the BCP Ingredients’ plant in St. Gabriel, Louisiana, located in ‘Cancer Alley,' an 85 mile stretch of the Mississippi river in Louisiana with over 150 toxic petrochemical plants, was 47 times higher than acceptable limits.

“Toxic air emissions from industrial facilities are a problem that must be addressed,” Joe Goffman, acting assistant administrator for EPA’s Office of Air and Radiation, told ProPublica, an investigative news website.

"You know they say they reduce them. We don't know if they reduce them or not because they self-report," Reginald Grace, a retired state worker from St. Gabriel and local activist, told the Advocate newspaper. "But the thing is, if we lose one or two people, three people to cancer and you don't know what the root cause of it is, it's not good, you see?"

The Verona plant (owned at the time by Hoffman-Taff which was bought by Sytex, which has since ceased operations) originally manufactured 2,4,5-trichlorophenoxy-acetic acid, a major component of Agent Orange herbicide used in the U.S. war in Vietnam, which has a by-product called dioxin, which is carcinogenic and deadly. It was designated a Superfund site – those judged to be the most toxic in the country by the EPA – and is currently being remediated.