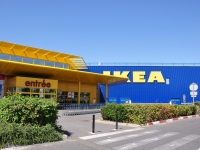 SÃ»retÃ© International - a private detective agency - was allegedly hired by Ikea France to spy on prospective and existing employees, activists from the union Force OuvriÃ¨re and even disgruntled customers.

A dozen Ikea employees have been arrested over the allegations so far including Stefan Vanoverbeke and Jean-Louis Baillo, the last two CEOs of Ikea France together with Dariusz Rychert, the chief financial officer. A number of these individuals have since been fired by Ikea.

Ikea, a Swedish company that is based in Delft, Netherlands, sells â¬23.5 billion ($30 billion) worth of cheap household goods every year from easy to assemble furniture to entire kitchens via its 300 stores around the world.

The news of the spying first broke early last year when Rue89, an investigative website, and Le Canard EnchainÃ©, a French satirical magazine, published emails between Yann Messian, the CEO of SÃ»retÃ© International, and Jean-FranÃ§ois Paris, the director of Ikea France's risk management division which indicated that company was paying â¬80 ($101) and up each for investigations into individuals. Ikea is alleged to have paid at least â¬475,000 ($617,500) for such services.

The company pulled much of its information illegally from the SystÃ¨me de Traitement des Infractions ConstatÃ©es (STIC) - a database that aggregates police information. (Ironically STIC has been heavily criticized for its inaccuracy)

"There is no question it was a widespread practice," says Bataille, the lawyer representing Paris. His client has admitted to many of the allegations but claims that he was working under orders from his superiors.

"It is hard to conceive that this kind of thing happens in a democratic society like France," Sofiane Hakiki, a lawyer representing the unions that have sued the company, told the New York Times. "This is not Soviet Russia."

The U.S. newspaper recently published a detailed description of how Ikea pursued Virginie Paulin, the company's deputy director of communications and merchandising, after she was diagnosed with hepatitis C in early 2008 to check if she was avoiding work before firing her in February 2009.

Private detectives even asked an employee of Royal Air Maroc to make calls to Paulin to get copies of her passport pages to show that she had traveled to Morocco while on sick leave. (Paulin owns property in Morocco)

Collecting and analyzing information on targets without their knowledge for the corporate sector is relatively commonplace, notably to gain competitive advantage. However some companies use such tactics to squash dissent or pursue activists who oppose their policies.

"Corporate espionage against nonprofit organizations is an egregious abuse of corporate power that is subverting democracy," says Ruskin. "Who will rein in the forces of corporate lawlessness as they bear down upon nonprofit defenders of justice?"