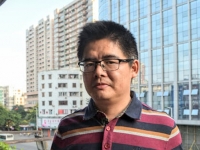 Seven activists in Guangdong province, a key manufacturing hub in China, have been detained in a major crackdown on labor rights organizers. The arrests follow a steep rise in protests and strikes at factories that have long exploited migrant workers from rural areas with low pay and working conditions.

The detainees include Zeng Feiyang and Zhu Xiaomei of the Panyu Migrant Workers Service Centre, together with former staffers Tang Jian and Meng Han; Peng Jiayong of the Laborer Mutual Aid Group; He Xiaobo, director of Foshan Nanfeiyan Social Work Services Organization; and Deng Xiaoming of the Haige Workers Center.

The Panyu Migrant Workers Service Centre has been in the limelight for the last year after the organization helped workers at Taiwanese-owned Lide shoe factory in Panyu to go on strike. After over 9 months of negotiation, the workers were able to convince the owners to pay them social insurance, housing fund contributions, overtime and annual leave payments, some of which had been in arrears for almost 20 years. (Lide makes shoes for Western retailers like Coach)

Authorities refused to allow the seven activists to meet with lawyers or publish detailed charges against them. Instead Xinhua, the official state new agency published a lengthy attack on Zeng Feiyang, the director of Panyu Migrant Workers Service Centre last week.

Activists were outraged. "It simply shows how the government is not genuinely following its own laws and judicial procedures," Patrick Poon, China researcher at Amnesty International, told the South China Morning Post. "Putting these people on a 'public trial' by the national media instead of following formal procedures deprives them of any chance to have a fair trial."

"As a lawyer, I would like the charges made by a country against a citizen to be in the courts, rather than handling them in the manner of 'Cultural Revolution' posters," Cheng Zhunqiang, Zeng's lawyer, told Reuters.

The crackdown comes on the heels of rapidly increasing protests in Guangdong's manufacturing sectorin the last five years. A database maintained by China Labor Bulletin in Hong Kong recorded 32 incidents in 2011, 89 in 2012, 159 in 2013, 204 in 2014 and 262 so far this year.

The protests reflect several trends - stronger labor laws in China which allow workers to demand their rights as well as the reach of social media channels like Weibo - the Chinese equivalent of Twitter - and Weixin, a popular mobile chat service similar to WhatsApp.

So far workers have been able to extract several important concessions. In the spring of 2014, some 40,000 workers in seven Yue Yuen shoe factories in Dongguan city went on strike to successfully demand that their employer make pension payments required under the law. (Yue Yuen, a Taiwanese company headquartered in Hong Kong, is the world largest manufacturer of shoes for big brands like Adidas, Nike and Timberland.)

But the crackdown on workers organizations may change all that. "Clearly the rise in the number of protests and increase in labor activism has got the authorities worried," Geoffrey Crothall, China Labour Bulletin's communications director, told the New York Times. "They don't know how to respond. And the only solution they can come up with is by cracking down on the people who are actually trying to help."

Meanwhile the rising costs of labor in Guangdong (average monthly earnings are now 2,864 yuan or$464) is causing companies to slowly move out of Guangdong province. Indeed managers at Lide were in the process of moving the factory to Nansha, an hour away, when the workers went on strike to make sure they were paid before the company relocated.