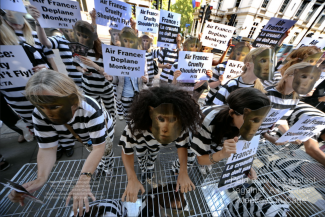 Air France-KLM is a Franco-Dutch airline. Air France was founded in 1933 and KLM in 1919. The two airlines merged in 2004. Both have had major accidents: A KLM crash in Tenerife, Spain, in 1977 recorded the highest number of casualties in history when it crashed into a Pan Am plane on take-off killing 583. An Air France flight from Rio de Janeiro to Paris crashed in the Atlantic Ocean killing 228 people on board in June 2009.

The two airlines were indicted for being part of an airline cartel that operated a years-long price fixing scheme between December 1999 and February 2006. Air France paid a fine of $350 million in 2008 and has also made multi-million euro payments to other carriers in compensation. The company has been criticized for taking a multi-billion euro bailouts from the governments of France and the Netherlands during the 2020 coronavirus epidemic: KLM received €3.4 billion and Air France received €4 billion, despite the fact that it has laid off thousands of workers.

Individual Records & Summaries
Click here for details of Air France - KLM's violations.
Information in this section is drawn from the Violation Tracker database produced by the Corporate Research Project of Good Jobs First in Washington DC. It is the most comprehensive source of data on business violations of laws and regulations in the United States. For specific examples of misconduct, please click on the links. 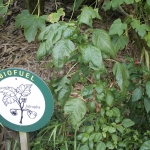 France is often criticised for its heavy-handed approach to cross-border industrial collaboration. Remember the tensions unleashed in the Renault-Nissan alliance when Paris pushed for a merger of the carmakers, knowing that Japan was strongly opposed?

KLM tells breastfeeding women they may be asked to cover up

The Dutch airline KLM is facing a storm of protest after warning that women who breastfeed their babies on its flights may be asked to cover up to avoid offending other passengers. 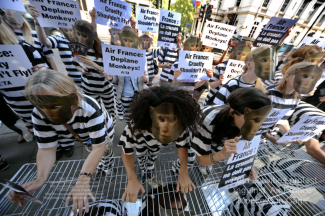 On 27 March 1977, a KLM Boeing 747-200 began its low visibility take-off at Tenerife without requesting or receiving take-off clearance and a collision with a Boeing 747-100 backtracking the same runway subsequently occurred.

Here are some protests that have taken place against deportations by Air France KLM in recent years:

On Monday, October 5, union activists protesting against proposed layoffs at Air France-KLM broke through fences and disrupted a meeting, targeting at least two managers who were forced to flee the angry crowd, their clothes ripped from their backs.

The Dutch government on Saturday put on hold its plan to bail out KLM, the Dutch arm of Air France-KLM, after pilots rejected a wage-freeze until 2025, Finance Minister Wopke Hoekstra said.

Air France and Airbus must stand trial on involuntary manslaughter charges over the 2009 crash of a Rio de Janeiro to Paris flight that killed all 228 people on board, a Paris court ruled on Wednesday.

A British legal firm currently leading a class-action lawsuit against British Airways over its 2018 data breach is now threatening legal action against Air France, KLM and Ryanair over their refusal to refund customers whose flights have been cancelled due to the COVID-19 pandemic.

Deutsche Bahn (DB) and its Schenker freight forwarding subsidiary have reached a financial agreement with Air France-KLM to settle a lawsuit against the airline group for damages for its part in an historical air cargo price-fixing cartel between December 1999 and February 2006.

French-Dutch airline company Air France-KLM was ordered by the US Justice Department to pay $350 million for fixing air cargo prices in the US. Cathay Pacific, Danish carrier SAS and Martinair Holland were also charged.

The search for a new CEO is over at Air France-KLM. Late last week, the Dutch/French conglomerate announced that it would hire Benjamin Smith, the former President and Chief Operating Officer of Air Canada, to lead the embattled carrier. In a public release, the group shared that ...

Subsidy Tracker is a project of Good Jobs First in Washington DC. It is the most comprehensive source of data on state and federal subsidies in the United States. For more details, click on the links.
Subsidy Tracker Home Page
Tax Havens

KLM under fire again, now because of tax avoidance by pilots