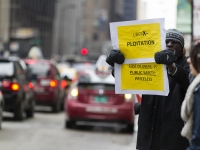 A formal complaint has been filed against Uber, the car ride company, by the Electronic Privacy Information Center (EPIC), a non-profit advocacy group. The NGO says Uber plans to use their smart phone app to access user's locations at all times, and to send advertisements to user's contact lists.

Uber, a San Francisco-based company, has become worth over $40 billion in the five years since it launched its app that allows anyone to pay for rides from nearby drivers in 300 cities in 57 countries. Along the way, it has also gained a bad reputation for exploiting its employees and even some customers.

Last September, users were horrified to discover that Uber was not only tracking them but boasting about this ability at private parties. The tracking system that the company used to follow the physical location of individuals was dubbed the "God View" by executives.

"I've given up on being able to trust the company, and am no longer using the service," wrote Peter Sims, a technology writer whose moment-by-moment location in a New York city car was shown live to a party in Chicago. "(Uber) risks a massive downfall if consumers lose trust due to less than ethical tactics."

Politicians also took a dim view after examining the company's terms of service. "Your privacy policy suggests that customers' personal information and usage information, including geotechnical data is maintained indefinitely - indeed even after an account is terminated" Senator Al Franken, the chairman of the subcommittee on privacy, technology, and the law, wrote in a letter to the company last December. "Why?"

In order to defuse the public relations crisis, Uber decided to update its terms of service to explain what kind of data that the company was using.

"We care deeply about the privacy of our riders and drivers," wrote Katherine Tassi, Uber's managing counsel of data privacy, in a post on the company website last month. "So today we're publishing new privacy statements for both riders and drivers. These are half as long as before, with much less legal jargon."

It was quickly clear that not much had changed. "We receive IP addresses as part of the traffic data that all apps receive," an Uber spokesperson told Fortune magazine. "We have always disclosed our collection of location information - it is core to our product (we are a location-based service)."

When EPIC activists took a closer look at the new terms of service, they were horrified to discover that Uber was considering an even more invasive approach that would allow it to know the location of users at all times even when they are not looking for rides.

"A company that has a bad reputation for misusing personal information should not be allowed to change its policy so it can gather more data," Marc Rotenberg, the executive director of EPIC, told the New York Times."

Uber has not entirely denied EPIC's charges. "We do not currently collect background location data. We may want to start doing that in order to provide new useful features, such as providing faster loading time when the user opens the app," Uber spokeswoman Molly Spaeth told Ars Technica, a technology industry website. "If we move forward with this, users will be in control and can choose whether they want to share the data with Uber."

Rotenberg has a list of suggestions for what Uber should be allowed to do. "First, Uber would be limited in the type of personal information it can collect. Payment information is obvious, as is travel information," he wrote on the Huffington Post. "Second, Uber would be required to delete passenger information after it was no longer needed. Third, users should be able to access at any time a complete record of all of the information Uber has about them."

Meanwhile the company continues to face regular charges of exploitation, both by drivers and of drivers.

In India as well as in the United States, Uber drivers have occasionally been accused of assaulting clients, although several cases have been dismissed.

The company has also been accused of under paying drivers. Last week the California labor commissioner's office ruled that the company should pay a driver for expenses incurred just like it would have to do for employees. 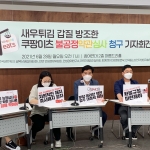 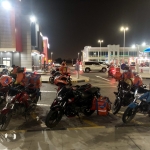