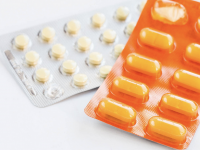 The decision by PH Kurian, the controller general of patents, designs and trademarks in India, to allow a local company to manufacture Sorafenib, a drug used to treat advanced kidney cancer and liver cancer, is a welcome move that supports the access of poor people to cheap life-saving drugs.

Bayer, a German multinational, has been selling Sorafenib, under the brand name of Nexavar, for $5,600  a month. (The average per capita income in India is a little under $100 ie two percent of the price of the drug) Natco Pharma, an Indian company which applied for permission to manufacture and sell the drug, will now be able to sell the drug for $176 a month.

Kurian's decision is based on an Indian law which is aimed at keeping prices from skyrocketing beyond patients' reach and World Trade Organization rules that allow compulsory licenses for drugs for public health reasons. Few countries do this, however, for fear of the legal challenges that the companies can bring against them. To reinforce his decision, Kurian also noted that Nexavar was often hard to buy in major Indian cities even at the inflated price.

"Bayer has made billions from Sorafenib, and made little effort to sell the product in India, where its price is far beyond the means of all but a few persons," says James Love of Knowledge Ecology International, an activist group in Washington DC. "The controller rightly rejected the several Bayer's defenses, and granted the compulsory license."

This is the first time that the Indian law has been used since 2005, when India ended three decades of refusing to recognize international patents on essential drugs in order to keep prices affordable. Another key decision on this matter is expected soon when the Indian Supreme Court hears a case brought by Novartis, a Swiss company, to force Indian companies to stop selling generic versions of Gleevec which is used to treat a deadly form of leukemia. Novartis sells Gleevec for $70,000 a year in the U.S. versus the Indian version which retails for roughly $2,500 a year.

Indian activists have long lobbied the government to take action in support of cheap generic drugs. Amit Sen Gupta from the Indian Peoples Health Movement was one of three groups that put out a press release in 2009 to underscore the importance of the Sorafenib case: "The Bayer case has implications for drug access, not just for patients in India, but for poor people in large parts of the world. It would mean giving sanctity to higher standards of patent protection than what is required even by the TRIPS agreement. Bayer not only seeks to safeguard its own monopoly right, the company also wants to set a precedent that other corporations can benefit from. In essence it would mean that the entry of generic versions of life saving drugs would be delayed."

Philipp Mimkes from the Coalition against Bayer Dangers, an international network based in Germany, added: "The interest of patients is at risk if marketing approvals are linked with patents. Countries like India must have the possibility to issue compulsory licenses to generic companies or to impose price controls in order to make available affordable drugs. We demand that Bayer quits this suit! Safeguarding public health must take precedence over patents and monopoly profits of drug companies!"

Others have noted that such precedents may also help AIDs patients. "As the HIV crisis continues to escalate, patients cannot continue to be denied access to life-saving drugs," wrote Priti Radhakrishnan, the co-director of the Initiative for Medicines, Access & Knowledge (I-MAK). "The burden on people living with HIV and on the Indian government's own health resources will be unbearable if prices escalate."

Ironically many major pharmaceutical companies take advantage of cheap labor in India to help them boost their profits. "India took (China's) place as the world's pharmacy, and in recent decades has been the largest provider of cheap, lifesaving medicines in poor countries across the globe," write Vikas Bajaj and Andrew Pollack in the New York Times. Doctors Without Borders estimates that 80 percent of the generic AIDS drugs that it distributes to 170,000 patients in Africa are made in India.