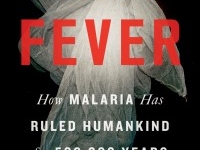 Why don't drug companies invest enough money in treating malaria and tuberculosis? A recent study published in the Lancet magazine estimates that 1,238,000 people died from malaria in 2010. A similar number are believed to die from tuberculosis, together accounting for between one in ten and one in twenty disease related deaths around the world. Surely a wonder drug that stops these diseases would be wildly profitable?

The first problem is that most of the victims are poor people in the Third World but there is another major issue that puts off Big Pharma. "Because (malaria and tuberculosis) drugs are expensive to develop, and yet, the more people buy them, the faster the drug becomes obsolete and un-sellable," writes Sonia Shah, author of "The Fever: How Malaria Has Ruled Humankind for 500,000 Years"  "As a result, very few drug companies spend much time or money developing anti-microbial drugs anymore. It's bad for business."

For decades chloroquine has been the drug of choice to treat malaria, a disease carried by the female anopheles mosquito. When chloroquine-resistant malaria was discovered, artemisinin was chosen to take its place, promoted by international donors and the World Health Organization (WHO). This is a drug that was developed from the sweet wormwood plant by Chinese military scientists in the 1970s after a long and painstaking screening process of thousands of traditional medicines.

Now Novartis, a Swiss company, sells 100 million packets of Coartem, a version of the original Chinese drug, one of the most successful drugs in history. The company does so under a unique partnership with the World Health Organization (WHO) to distribute Coartem for pennies a dose to the poorest people in the world.

Unfortunately, recent reports now suggest that malaria parasites in western Cambodia have also become resistant to artemisinin. "Call it the revenge of the microbes. The more poison we throw at them, the faster they learn to circumvent our chemicals," writes Shah.

So Novartis as well as other companies like GlaxoSmithKline, Pfizer, Ranbaxy, Sanofi and Shin Poong are putting some money into developing new drugs. Last week Ranbaxy, based in Gurgaon, India, announced a new drug: Synriam, on the occasion of the World Malaria Day.

While it is true that Big Pharma has played a role in some of the drug development (Novartis invented a child friendly version of artemisinin, for example, as well as done most of the manufacturing) mere capitalism and profit from the sale of "wonder drugs" would never have advanced the cause of global health.

Most of the progress made in fighting the disease is really as a result of government research and donors that have increased aid efforts from $200 million to $1.6 billion a year, over the course of the last decade, to help pay for access to basic drugs and improve methods of prevention.

"The single biggest challenge is financial rather than biological," Rob Newman, head of the malaria programme at the World Health Organisation (WHO) told Andrew Jack of the Financial Times. "The thing we most need is to make sure the money keeps coming."

There are also many important tasks other than sales of Coartem to continue to fight malaria: tests to track resistance as soon as it appears and more targeted use of drugs to make sure that they are not used too heavily. Another way to prevent malaria is to provide and make sure that families use mosquito nets and environmental management of standing bodies of waters where they breed as well as improving hospital hygiene.

China and Cuba are providing money for such projects but the West is wary of their traditional enemies. Writing in the Financial Times, Jack summarizes the worries and fears of Big Pharma and Western aid donors: "China's malaria health centres in Africa have lacked sufficient technical support and training, while Cuba's promotion of killing off mosquito larvae is viewed as a diversion from more effective measures."

Shah agrees with the WHO. "Slowing the spread of drug-resistant malaria will take time and resources," she writes. "But it's better than the alternative: the loss of yet another wonder drug and a new era of unstoppable infections." And the Financial Times concludes: "In an age of austerity, co-operation and co-ordination will be more important than ever."