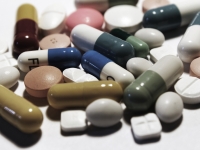 A recent article published in the latest issue of the Lancet Infectious Diseases magazine examines a new study by the U.S. National Institutes of Health noting that a third of malaria drug samples examined from the two regions were found to be fake or substandard.

The magazine says that it is "simplified and neutral" to "use falsified as a synonym for counterfeit, devoid of considerations of intellectual property" and urges the use of tough measures to combat these fake drugs.

Pfizer, a New York company, is particularly active in the campaign against "fake drugs." There is good reason for Pfizer to be concerned: Viagra, Pfizer's brand of sildenafil citrate, is one of the most popularly faked drugs. James Love, the executive director of Knowledge Ecology International, a Washington NGO, notes that "It is quite clear that the overwhelming majority of counterfeit busts involve Viagra and other erectile dysfunction drugs."

The data on drug busts is not that surprising given the fact Viagra is an expensive drug in high demand from people who are willing to buy it under the counter or online.

However, such "lifestyle" drugs - as they are often called - are quite different from cancer drugs which are not faked quite as often. Indeed the problem is far more complex: there is a wide range of so-called "fake" drugs such as spurious drugs, counterfeit drugs, falsely labeled drugs (wrong dates, missing ingredients etc.) and poor quality drugs which the Lancet proposes to lump together.

And by introducing the term "devoid of considerations of intellectual property" the Lancet is also including the trade in generic drugs.

It is these generic drugs that pharmaceutical industry lobbyists like the Pharmaceutical Research and Manufacturers of America (PhRMA) and the U.S. Chamber of Commerce, both major lobbyists in the U.S., want the media to attack, says Love.

Here's where the problem arises: "For political reasons, PhRMA and the Chamber plays up the counterfeit angle quite a bit, to justify a very broad intellectual property right enforcement agenda, by mixing together the counterfeit, falsified, substandard or fake drug categories," he writes.

Love says that the Lancet suggestion to use "simplified and neutral" language could well lead to problems for buyers in poor countries. He notes that "corporate intellectual property right holders ... are lobbying governments for stronger IPR enforcement measures. These lobby groups present dangerous drugs as the core motivating factor for legislation that has little to do with solving the bulk of the substandard and dangerous drug problem, and they also seek to introduce measures the undermine the trade in high quality legitimate generic products.

Let's unpack that a bit. What's the legal parallel trade in branded drugs? Well, drug manufacturers themselves often sell their drugs cheaper in countries with big public health systems or just because the population is too poor to pay for Western prices. These drugs are sometimes sold back legally to buyers in other countries. Technically this trade could be shut down. (See "Murky Medicines" for an interesting article on how the U.K. buys medicines abroad legally at cheaper prices)

What about unpatented and unbranded chemicals? Are they a good idea? Well, it turns out that even the major drug makers use unpatented and unbranded chemicals all the time. Drugs typically contain one or more active pharmaceutical ingredients (APIs). If these APIs are patented, the patent holder can make a lot of money. But a lot of drugs are made from cheap (and perfectly good) unpatented APIs that even the big companies buy to make their branded drugs.

When countries like Thailand or India allow generic manufacturers to make drugs (either because the license has expired or to deal with an urgent healthcare crisis), these manufacturers turn to the very same API producers. Where it gets complicated is that the API producers are in a tough spot because if they supply the generic manufacturers, the big boys have been known to cut them off. (Bristol-Myers Squibb used this strategy in Thailand to cut off production of the AIDS drug ddI)

Basically what Love is saying is that if we use a hammer to address the issue of drugs, all the problems of generic, spurious, counterfeit, falsified and poor quality drugs look like different kinds of nails, when in fact some of them may not even be nails at all. "If authors systematically see the problem in ways consistent with drug company lobbyists, they are not seeing the whole picture," he concludes.