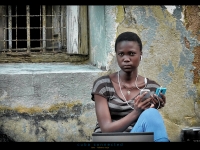 ZunZuneo - a now defunct social media platform similar to Twitter - was designed to undermine the Cuban government by two private contractors: Creative Associates International (CAI) from Washington DC and Mobile Accord, a Denver based company. Funding was provided by the U.S. Agency for International Development (USAID).

Named after a Cuban hummingbird, the text message based system was launched in 2010 and hit a peak of 40,000 users before it shut down in June 2012 when funding ran out. CAI targeted a list of 500,000 Cuban phone numbers provided by an engineer from Cubacel, the government owned cell phone provider. Mobile Accord was tasked with tracking age, gender, "receptiveness" and "political tendencies" of individuals who signed up for the service.

Details of how ZunZuneo was created were brought to light last week by an Associated Press (AP) investigation. The reporters also uncovered a secret trail of funding that was channeled through the Cayman islands to companies in Spain in an apparent effort to hide the source of the money.

"There will be absolutely no mention of United States government involvement," wrote Mobile Accord in a 2010 memo cited by the AP. "This is absolutely crucial for the long-term success of the service and to ensure the success of the Mission."

The contract has been roundly criticized by members of the U.S. Congress. "That is not what USAID should be doing," said Jason Chaffetz, chairman of the U.S. House Oversight and Government Reform National Security Subcommittee. "If they start participating in covert, subversive activities, the credibility of the United States is diminished."

"Why weren't we specifically told about this if you're asking us for money?" asked Senator Patrick Leahy of Vermont. "And secondly, whose bright idea was this anyway?"

USAID has defended the project. "Working on creating platforms to improve communication in Cuba and in many other parts of the world is a core part of what USAID has done for some time and continues to do," Rajiv Shah, the head of USAID, told a Congressional hearing on Tuesday. "To the extent that the AP story or any other comment creates the impression that this effort or any other goes beyond that for other ulterior purposes, that is simply inaccurate."

Yet the AP quotes from USAID documents which state specifically that ZunZuneo was created to "push (Cuba) out of a stalemate through tactical and temporary initiatives, and get the transition process going again."

The project planners also offered the rationale that "text messaging had mobilized smart mobs and political uprisings in Moldova and the Philippines, among others," write the AP. "In Iran, the USAID noted social media's role following the disputed election of then President Mahmoud Ahmadinejad in June 2009 - and saw it as an important foreign policy tool."

Both CAI and Mobile Accord have a prior history of being awarded contracts for U.S. government democracy initiatives in Third World countries.

Mobile Accord was founded by James Eberhard, a technology entrepreneur, to distribute bulk text messages for non-commercial purposes. The technology was used to to raise money for earthquake victims in Haiti and to create a social media platform called Humari Awaaz (which means "Our Voice") in Pakistan on behalf of the U.S. State Department. (Like ZunZuneo the latter project folded when the funding was cut)

CAI, which was founded in 1977 by Charito Kruvant, a Bolivian national, is one of many "Beltway Bandit" contracting firms that make a living from U.S. government and multilateral agency contracts. "We work in areas where conflict is about to end and turmoil is about to begin, and we love it," Kruvant told the Washington Post once.

For example, CAI was awarded $1 million sub-contract in 1989 to train Contra rebels, the anti-communist guerrillas in Nicaragua, in skills such as engine repair, first aid and road maintenance.

CAI's contracts have come in for criticism in the past. For example, CAI won a 2003 contract to print textbooks and train teachers in Afghanistan, despite never having worked in the country before.

Raheem Yaseer, assistant director of the University of Nebraska at Omaha's Center for Afghanistan Studies, which also bid and lost, says he was surprised. "Our university has been involved in Afghanistan from the early 1970s, and had offices and programs during the war years," Yaseer said.

Creative didn't bother with supporting the local economy - instead it subcontracted the printing of the Afghan textbooks to an Indonesian company, and then airlifted them to Afghanistan.

The company has also been investigated by USAID for using insider influence to win contracts in Iraq. A June 2003 USAID memorandum detailing the findings said, "The documentation is clear that only one of the five contractors that were subsequently invited by USAID to bid on the contract participated in an initial roundtable discussion. In addition, we conclude that USAID Bureau officials did not adhere to the guidance on practical steps to avoid organizational conflicts of interest."