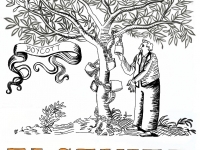 Over 11,000 academics have pledged to boycott Elsevier, the Dutch publishing giant, for profiting off their work and making it unavailable to the general public. Now Jimmy Wales, the founder of Wikipedia, is about to turn the world of corporate academic publishing on its head, in the same way that his website effectively took over from Encyclopedia Britannica as a quick reference guide.*

Elsevier is part of the Anglo-Dutch company Reed Elsevier, which had 2010 revenues of $9.3 billion and annual profits of over $1.67 billion. It publishes over 250,000 articles in some 2,000 journals a year that range from global publications like the Lancet to more specific ones like the Journal of the Egyptian Mathematical Society.

Some of these journals are very expensive. Biochimica et Biophysica Acta, for example, sells for $31,000 to Japanese subscribers and $25,000 a year to European and Iranian subscribers. (The rest of the world can buy it for a mere $20,930 a year!) There is a market: University libraries in the UK alone spend over $320 million to make these publications available to their students.

Publishers like Elsevier knew they were onto a good thing because before the arrival of the Internet, there was no other way for researchers to tell their peers about the important work they were doing, or vice versa. Plus getting published in a respectable journal was also the key to keeping academic jobs and getting promotions, so the researchers and professors  - like rock musicians and best-selling writers - were leery about giving away their work for free.

"(P)ublishing companies became the de facto gatekeepers to scientific knowledge, restricting who could see the latest ideas rather than allowing ideas to spread as far as possible," writes Aloke Jha in the Guardian.

But unlike rock musicians and best-selling authors, the market for these journals often number in the few hundreds or even less, specifically the relatively well endowed world of universities. Both the original research as well as the universities - ironically - are paid for by the general public, since most academic research is heavily subsidized by the government.

Professors have been chafing for a while. "We mathematicians produce the papers, serve as editors, and serve as referees, all for free (except of course for our support by our universities and employers). Then with relatively small improvement to the product, publishers turn around and sell it to our libraries at (in many cases) a very high price," wrote Ron Kirby at the University of California at Berkeley in 1997 in a "Dear Colleague" letter.

"Why do we mathematicians put up with this? (W)e are human and like to see the fruits of our labor printed on high quality paper with elegant typesetting; it validates our hard work."

On January 21, 2012, a Cambridge mathematician Tim Gowers posted a similar message on his blog and posed a question: "Why can't we just tell Elsevier that we no longer wish to publish with them? (W)hy do we allow ourselves to be messed about to this extraordinary extent, when one would have thought that nothing would be easier than to do without them?

Gowers issued a call to action: "(I)f all libraries were prepared to club together and negotiate jointly, doing a kind of reverse bundling - accept this deal or none of us will subscribe to any of your journals - then Elsevier's profits (which are huge, by the way) would be genuinely threatened. However, it seems unlikely that any such massive coordination between libraries will ever take place. What about coordination between academics?"

A few days later Gowers was contacted by Tyler Neylon, a mathematician based in Mountain View, California. The two of them set up a website called "The Cost of Knowledge"

"Numbers could quantify the scope, the revenue, the profit margins, and the number of people who cannot afford publishers' prices. But to me, these all fail to qualify the true consequences of sitting still, of doing nothing. The cost of doing nothing is the cost of knowledge," Neylon wrote in the Guardian.

The response was overwhelming. By May 1, 2012, over 11,000 academics had taken the pledge and Elsevier took notice. (A back-and-forth between Gowers and Elsevier can be read here.)

Elsevier decided to retreat a little. It dropped support for the Research Works Act (RWA) in the U.S. Congress that would prevented taxpayer-funded research to be made freely accessible online. (An alternative bill is now pending: the Federal Research Public Access Act which will expand the NIH system to all government agencies)

On Wednesday, David Willetts, UK universities and science minister announced a plan to make all UK government funded research available to the general public under a collaboration with Jimmy Wales. "Giving people the right to roam freely over publicly funded research will usher in a new era of academic discovery and collaboration, and will put the UK at the very forefront of open research," he said.

* Editor's note. The original sentence was amended from "effectively took down Encyclopedia Britannica" following a complaint from Encyclopedia Britannica. The publishing company noted in an email to CorpWatch: "Sales and print runs for the set plummeted in the 1990s, and it had become a marginal product, long destined for eventual extinction, by the time Wikipedia was born in 2001."