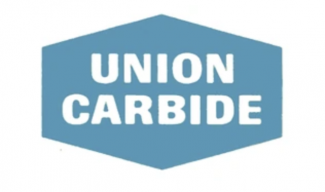 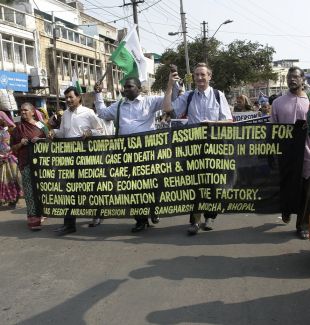 Union Carbide, now a wholly owned subsidiary of Dow Chemical, was founded in 1898 in Niagara Falls, New York, to produce ethylene and other chemicals. In 1930, the company began building the Hawks Nest Tunnel in West Virginia where workers, who were mostly African-American, were exposed to silica. Many of the workers were denied the use of respirators and over 700 were estimated to have died from the breathing in silica dust which is akin to breathing in shards of glass. In 1962, the company began mining asbestos in King City, California, which it shipped to factories in New Jersey and New York for use in industrial manufacturing. Many workers exposed to asbestos became ill with asbestosis, lung cancer and mesothelioma. Union Carbide, however, is most famous for one of the world’s biggest industrial disasters in Bhopal, India, in December 1984, in which an accidental leak of methyl isocyanate resulted in the deaths of at least 16,000 people and for over 40,000 to be permanently maimed or disabled. The company paid out compensation of $470 million in 1989, but the families of victims in India have continued to fight for a better deal>

The company was fined $294 million in 2021 over air pollution caused by industrial flaring at their petrochemical facilities in Louisiana and Texas. Union Carbide’s Taft/Star plant in St. Charles, Louisiana, is currently on the list of the U.S. Environmental Protection Agency’s list of 25 “high priority” facilities in the U.S. that emit ethylene oxide gas at levels that exceeded the agency’s threshold for acceptable lifetime cancer risk. It is also currently fighting some 9,000 claims for asbestos related diseases in the U.S. - juries have awarded the estate of a New Jersey plaintiff $2.38 million in compensation in 2019 and a California plaintiff $37.5 million in 2012.

Individual Records & Summaries
Click here for violation data on Union Carbide
Information in this section is drawn from the Violation Tracker database produced by the Corporate Research Project of Good Jobs First in Washington DC. It is the most comprehensive source of data on business violations of laws and regulations in the United States. For specific examples of misconduct, please click on the links.

Published by
The Atlantic
| By
Alan Taylor
|

Thirty years ago, on the night of December 2, 1984, an accident at the Union Carbide pesticide plant in Bhopal, India, released at least 30 tons of a highly toxic gas called methyl isocyanate, as well as a number of other poisonous gases.

Union Carbide Corporation : A Legacy of Mesothelioma and Asbestos

f Union Carbide were only a miner of the richest asbestos deposit ever exploited[3], and not one of the largest owners and operators of chemical plants on the planet, the following concession about the hazards of asbestos would seem

Published by
ICJB
| By
Adrian
|

On 2 December 1973 three documents were presented to the Management Committe of Union Carbide Eastern Inc, a subsidiary of Union Carbide Corporation: a two-page internal memorandum relating to the company’s plan to begin manufacturing methyl-isocyanate at its Bhopal factory; supported by a four-p 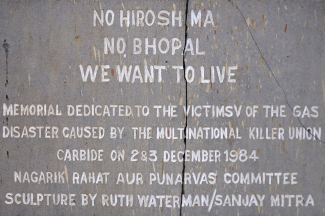 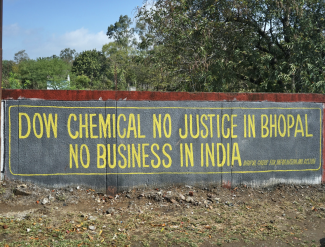 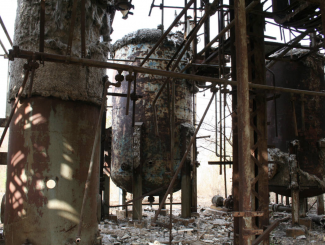 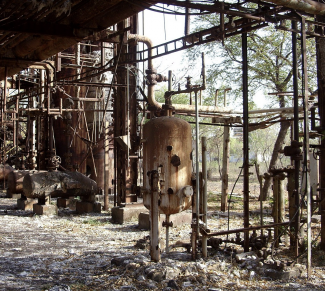 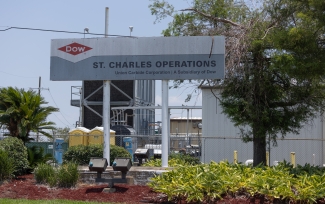 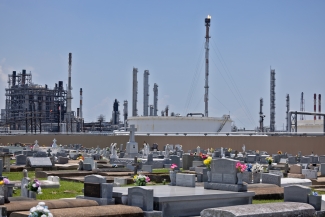 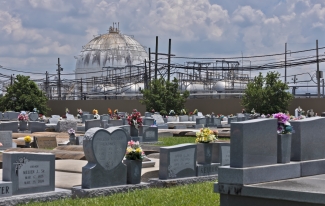 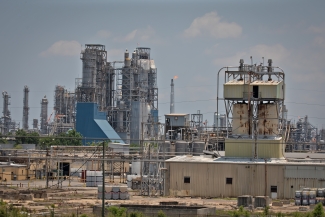 Protesters in the central Indian city of Bhopal formed a human chain on Thursday to demand justice for people suffering cancer, blindness, respiratory, immune and neurological problems from the world’s worst industrial disaster 36 years ago.

On the 35th anniversary of Bhopal Gas Tragedy on Tuesday, organizations working for the cause of the victims and survivors of the 1984 industrial disaster carried out protest marches in the Old Bhopal area here, where the Union Carbide factory now lies defunct.

Survivors of 1984 Bhopal Gas tragedy on Saturday staged a protest in front of the now-defunct Union Carbide factory here on the 32nd anniversary of the world's worst industrial disaster, with activists alleging that toxic waste lying there was still to be cleaned up.

Victims of the Bhopal disaster in central India have demanded harsher punishments for those responsible and more compensation.

An attorney for the Courtland Company has filed a new complaint in U.S. district court in Charleston over water pollution from an industrial landfill that Union Carbide owns.

A jury has recently awarded a widow $2.38 Million in a landmark mesothelioma lawsuit against Union Carbide Corporation. Union Carbide is an asbestos supplier and subsidiary of Dow Chemical Company that shipped its asbestos products to the victim’s employer for more than four decades.

In Bhopal, residents who survived the massive gas leak and those who arrived later continue to deal with the consequences.

Union Carbide Corp (UCC) is responsible for water pollution that continues to foul local wells at the site of the 1984 Bhopal Gas Disaster, the world's worst industrial tragedy, lawyers representing communities living near the plant have argued in a US federal court.

Even 37 years after the Bhopal gas tragedy, hundreds of survivors of the world’s worst industrial disaster continue to the fight to receive adequate medical attention and compensation.

Pam Nixon wanted answers. It was July 2019, two-and-a-half years since federal environmental regulators had classified ethylene oxide as a carcinogen. Union Carbide plants in Institute and South Charleston had emitted more than 865,000 pounds of the chemical since 1987.

Union Carbide is a subsidiary of Dow Inc.

Subsidy Tracker is a project of Good Jobs First in Washington DC. It is the most comprehensive source of data on state and federal subsidies in the United States. For more details, click on the links.
Click here for details on subsidies received by Union Carbide
Tax Havens

This is an appeal from the U.S. Tax Court denying Union Carbide Corporation (UCC) a credit for supplies used in the conduct of qualified research. Judge Pooler agrees with this judgment and files a separate concurrence.