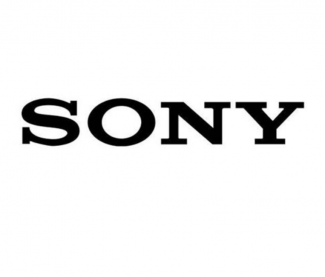 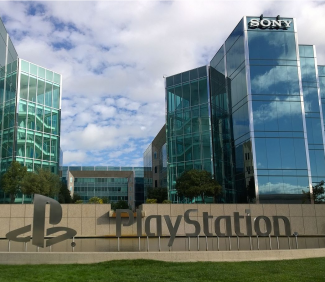 Sony is one of the world's biggest consumer electronics and entertainment companies. Founded in 1946, it parlayed its success with floppy disks, compact discs, the Walkman, and the Playstation into Hollywood with the purchase of Columbia Pictures in 1989. Its music division has come under flak for 'payola' - bribing radio stations to buy airtime for its artists - and its film division for publishing fake reviews by 'critic' David Manning to boost unpopular films in 2001. In 2005, it paid New York state $10 million to close an investigation by Eliot Spitzer, then state attorney general, into lavish gifts, free trips and other giveaways to media executives.

Meanwhile other artists have protested Sony's meager royalty payments as well as that of Spotify in which Sony owns a major stake. MeToo activists have successfully protested Sony’s contracts with rapper R. Kelly after multiple women accused him of sexual misconduct, as well as Sony’s contracts with producer Dr. Luke over his alleged sexual abuse of musical artist Kesha. In 2000, Sony was accused of monitoring environmental activists who were campaigning for the European Commission Directive on Waste from Electrical and Electronic Equipment (WEEE) to make electronics manufacturers responsible for their toxic waste. In 2007, Sony was rated by Greenpeace as 14th out of 14 in toxic-chemical policies and recycling programs.

Individual Records & Summaries
Sony Corp Violation Tracker Profile
Information in this section is drawn from the Violation Tracker database produced by the Corporate Research Project of Good Jobs First in Washington DC. It is the most comprehensive source of data on business violations of laws and regulations in the United States. For specific examples of misconduct, please click on the links.

Given Greenpeace's seeming obsession with Apple, I'm having an even more difficult time taking the environmental group's ongoing eco-policing of electronic companies seriously.

Sony Corp. is conducting a surveillance campaign into the activities of environmental organizations which are pushing for regulations that could be harmful to Sony’s bottom line.

Published by
The New York Times
| By
Jennifer Bayot
|

Sony BMG Music Entertainment, one of the world's largest record companies, agreed today to stop providing lavish gifts, free trips and other giveaways in exchange for airtime for its artists on radio stations, under the terms of a settlement with the New York attorney general's office.

A disgruntled group of Marvel fans is planning a protest at Sony headquarters after Sony Pictures, which owns the rights to Spider-Man, and Disney, which owns Marvel Studios, failed to reach a deal to keep the superhero in the MCU.

Standing in the cold with megaphones outside of Sony Music’s New York headquarters, a group of activists delivered the company, parent of Kelly’s longtime label RCA, a petition signed by over 217,000 people demanding that the singer be dropped from the label.

A small but passionate group of pro-Kesha protesters rallied Friday outside Sony headquarters in Manhattan to voice their support for the chart-topping singer.

“What to Give, What to Get?” asked a sign in the Sony storefront window at the conglomerate’s Madison Avenue headquarters. Some 150 Writers Guild of America picketers who braved the rain with their own signs outside the building Tuesday had a quick answer: a share of Internet revenues for their work.

Sony’s plan to combine Crunchyroll and Funimation into a streaming service to lead its anime empire seemed as simple as tossing AT&T a billion dollars.

The music major responds that the suggestion of antitrust violations are "nothing but speculation and conjecture" and pretext for avoiding $17 million claims plus allegations of fraud.

Sony Ponies Up for Payola

Sony BMG Music Entertainment — an umbrella organization that includes Arista Records, Columbia Records, Sony Music International and So So Def Records — agreed today to pay a $10 million settlement in an industry-wide investigation by New York Attorney General Eliot Spitzer into payola, the practice of paying radio stations for airplay of their artists.

Sony Pictures Entertainment now faces two lawsuits from four former employees who claim the company did not do enough to stop hackers.

The most powerful man in Australian pop music, Denis Handlin, has been removed as head of Sony Music Australia, a week after Guardian Australia approached Sony’s head office with multiple complaints from former employees alleging a toxic work environment at the global company’s Australian operation.

Subsidy Tracker is a project of Good Jobs First in Washington DC. It is the most comprehensive source of data on state and federal subsidies in the United States. For more details, click on the links.
Click here for details of subsidies received by Sony Corp
Tax Havens

A UK tax policy intended to boost the domestic video games industry has been used by some of the world’s largest entertainment companies to avoid paying tens of millions of pounds in corporation tax, a Guardian investigation has found.

Sony contracts with the U.S. Federal Government (via USA Spending).

Sony contracts with the U.S. Federal Government (via SAM).