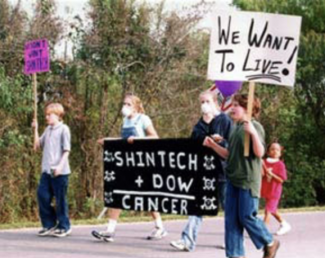 Shin-Etsu is a chemical maker based in Tokyo, Japan, that was founded in 1926 in Nagano prefecture to make nitrogen fertilizer. Later it expanded into other products like polyvinyl chloride (PVC) and semiconductor silicon. Shintech, a wholly owned subsidiary of Shin-Etsu, opened a PVC factory in Freeport, Texas, in 1974 and proposed a new plant in Convent, Louisiana, but was defeated in 1998 by environmental justice activists after a massive fight over projected dioxin, ethylene dichloride and vinyl chloride pollution – all of which are known carcinogens. However, Shintech ultimately won approval of two other plants nearby – in Addis and Plaquemine that were constructed in 2000 and 2008 respectively and then expanded several times.

In 2008, Shintech was ordered to pay total penalties of over $12 million for air pollution in Freeport, and in December 2020, the company was ordered to pay $356,000 for incidents involving thousands of pounds of chemical releases and worker injuries over a dozen years at the Louisiana plants. Eight weeks after the Louisiana settlement, the state approved a $1.3 billion expansion of the company’s facilities in Plaquemine, but environmental justice activists have started to organize to try to stop it. Unfortunately local politicians in Iberville parish have not merely agreed to the Plaquemine expansion but approved a $110 million tax break for the company.

Individual Records & Summaries
Click here for violation data on Shin-Etsu Chemical
Information in this section is drawn from the Violation Tracker database produced by the Corporate Research Project of Good Jobs First in Washington DC. It is the most comprehensive source of data on business violations of laws and regulations in the United States. For specific examples of misconduct, please click on the links.

Published by
ProPublica
| By
Sara Sneath
|

As the Bayou Bridge Pipeline was under construction in 2018, Anne White Hat ventured deep into the Atchafalaya Swamp in St. Martin Parish to protest it. 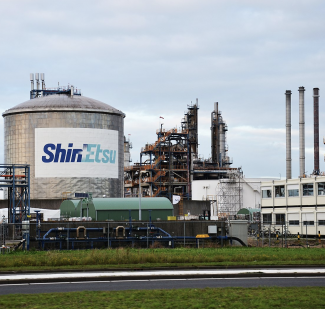 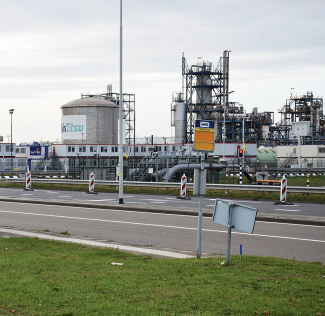 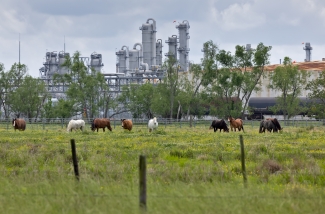 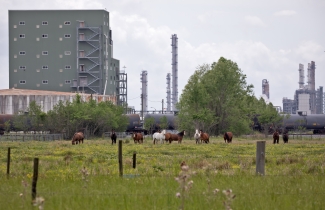 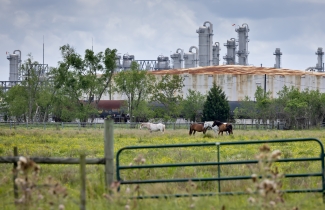 In 1996, Shintech, a subsidiary of the Japanese firm, Shin-Etsu Chemical, announced plans to spend $700 million building 3 chemical factories and an incinerator next to homes and schools in Convent, Louisiana, a small community (population 2052) in southern Louisiana, USA.

On Tuesday, January 26th, Governor John Bel Edwards announced that Shintech is planning a $1.3 billion expansion in Iberville and West Baton Rouge parishes. Governor Edwards’ ongoing support of the construction and expansion of foreign petrochemical companies that use Louisiana as a dumping ground furthers ....

Shintech and Opponents Brace for Another Round

The Jan. 26 announcement by state and company officials of a $1.3 billion Shintech plastics expansion in Plaquemine came just eight weeks after the chemical giant agreed to pay $356,500 in state and federal fines for violations dating back a dozen years, incidents that included the release of thousands of pounds of toxic chemicals and the injury of several workers.

The feds yesterday ordered a major U.S. producer of polyvinyl chloride (PVC) resin, a known cancer-causing agent, to pay $12 million in fines and to clean up its facilities after determining that it violated antipollution laws.

On August 29, Hurricane Ida pummeled Louisiana’s coastline with winds as high as 150 miles per hour and a storm surge of up to nine feet, flooding communities and destroying homes.

Shintech Louisiana LLC issued a news release naming Tommy Rivet and Tory Sanchez as the two people who died in an accident at the plant Sunday.

Subsidy Tracker is a project of Good Jobs First in Washington DC. It is the most comprehensive source of data on state and federal subsidies in the United States. For more details, click on the links.
Click here for details on subsidies received by Shin-Etsu
Tax Havens

The Jan. 26 announcement by state and company officials of a $1.3 billion Shintech plastics expansion in Plaquemine came just eight weeks after the chemical giant agreed to pay $356,500 in state and federal fines for violations dating back a dozen years ...

Shin-Etsu contracts with the U.S. Federal government (via USA Spending)