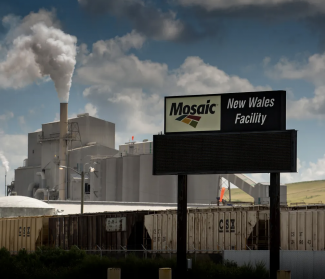 Mosaic, a mining and fertilizer company headquartered in Tampa, Florida, was created by a 2004 merger between IMC Global, and Cargill’s crop nutrition division. Historically IMC Global was the largest producer of phosphate in the U.S. that it mines in the Peace river basin of southwestern Florida leaving behind a highly acidic wastewater and phosphogypsum, a low level radioactive solid waste that it dumps in mountainous piles called ‘gypstacks' that can reach 500 feet tall (152 meters) or more. The phosphate rock is shipped to Louisiana where it is turned into fertilizer at the Faustina and Uncle Sam fertilizer plants in St. James Parish, which lies in an industrial zone that activists have named Cancer Alley. The fertilizer plants yield yet more phosphogypsum waste that is also piled into gypstacks. In 2004, Mosaic’s Riverview gypstack discharged 65 million gallons of radioactive wastewater into Hillsborough Bay, Florida; and in 2016 Mosaic’s New Wales gypstack released 215 million gallons of radioactive wastewater into the Floridian aquifer, a drinking water source for 10 million people. In 2018, the 200 foot (60 meter) high gypstack at the Uncle Sam plant was found to be gradually collapsing, threatening the Blind River watershed and the Maurepas Swamp.

A similar collapse was averted in Tampa Bay, Florida, in April 2021 after the company pre-emptively pumped waste water into the bay causing a massive die-off for fish and marine life. Mosaic also paid $2 billion to the U.S. Environmental Protection Agency in 2015 to settle charges of mixing 60 billion pounds (27.2 million tonnes) of phosphate waste with other toxic products. Local community members have been campaigning for years to shut down Mosaic’s strip mining and fertilizer plants in Florida and Louisiana.

Individual Records & Summaries
Click here for violation data on Mosaic Corporation
Information in this section is drawn from the Violation Tracker database produced by the Corporate Research Project of Good Jobs First in Washington DC. It is the most comprehensive source of data on business violations of laws and regulations in the United States. For specific examples of misconduct, please click on the links.

Three months ago, a rupture at the former Piney Point phosphate plant sent hundreds of millions of gallons of toxic water into Tampa Bay.

WINNIPEG, Manitoba (Reuters) -Fertilizer producer Mosaic Co said on Friday it would immediately cut production at its biggest potash mine due to flood risks, and restart an idled mine to offset some of the reduction.

Farmers have been watching the rise in fertilizer prices since the beginning of this year and to no end in sight. Fertilizer prices continue to skyrocket, as much as 300 percent in some areas, as farmers grapple with increased costs as they prepare for the 2022 growing season.

Plymouth, MI - The Mosaic Company announced that it has closed several transactions comprising the previously announced global resolution with U.S. 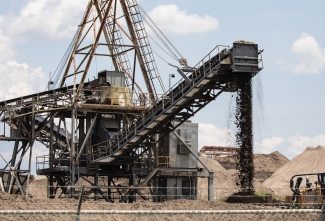 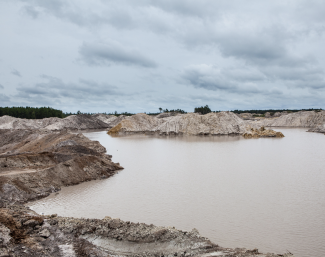 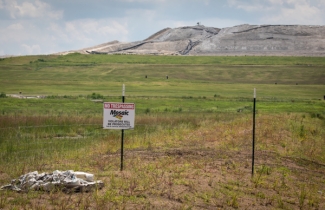 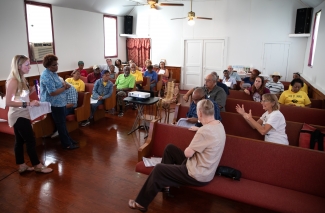 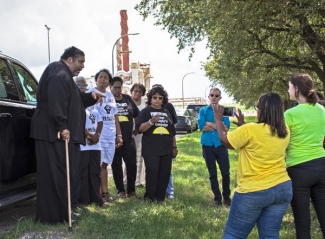 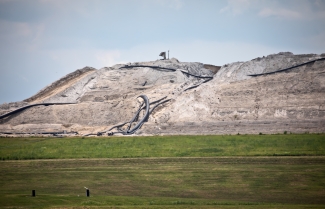 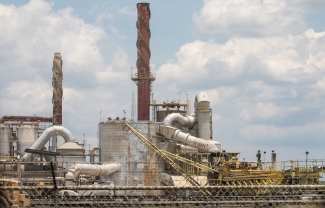 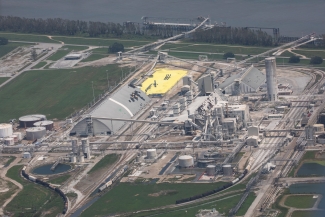 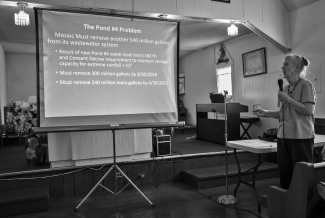 Communities Push Back Against Mosaic’s ‘Stranglehold’ on US Farmers

US phosphate and fertilizer giant Mosaic is facing strong pushback from farmers and local communities as rising US fertilizer prices impact both food producers and consumers. After a difficult 2021 where the company faced several scandals, the new year holds new challenges as the corporate giant faces intense scrutiny.

A group of Florida citizens appealed to Polk County officials to reconsider granting a two-year permit for phosphate mine operations in South Fort Meade on Tuesday as the environmental crisis at Piney Point continues to unfold less than 60 miles away.

‘March Against Mosaic’ held against company strip-mining in Florida

After red tide plagued Southwest Florida for much of last summer, conditions have improved, but the protests for clean water continue.

Dozens of residents showed up in Bradenton Saturday to protest Mosaic’s proposal to the county to expand phosphate mining operations at its Wingate East property on Saturday.

Concerns over contaminated wells prompted a handful of protesters to gather in front of Mulberry City Hall. They held signs, hoping to hold the Mosaic Corporation accountable.

Homeowners in two central Florida neighborhoods built atop abandoned phosphate mines have filed a federal lawsuit against The Mosaic Company, charging that the Minnesota-based company, as well as two real estate developers who are also defendants, failed to warn residents about widespread contamination in ....

Mosaic Co. believes that the 45-feet sinkhole, which opened at its New Wales phosphate fertilizer facility in Florida in late August, has reached the Floridian aquifer, a source of drinking water for the locals, Bloomberg News reported.

Mosaic Fertilizer, LLC, a subsidiary of The Mosaic Company (NYSE: MOS), today announced that it has reached settlements with federal and state environmental agencies to resolve claims about how the company has managed certain onsite waste materials at its fertilizer manufacturing facilities in Florida and Louisiana.

Fertilizer maker Mosaic Co has reached a settlement worth more than $800 million with U.S. regulators over its waste management practices at plants in Florida and Louisiana.

Mosaic Company announced today a settlement agreement with the Sierra Club, Manasota-88, and People for Protecting the Peace River in litigation challenging the company's federal wetlands permit at the South Fort Meade mine. This permit allows mining of the Hardee County Extension near Bowling Green, Florida.

It could take until the end of 2024 or longer to shut down Piney Point, the troubled old fertilizer plant property that set off an environmental crisis last spring in Tampa Bay.

Tampa Bay saw its worst red tide in 50 years. How much blame does the Piney Point spill get?

Crews are doing whatever it takes to avoid a complete collapse of the gypsum stack at Piney Point. A big part of those around-the-clock efforts involve emptying out the leaking reservoir.

Eaters of the earth: How the fertilizer industry leaves a trail of destruction across the American South

Phosphate rock allowed farmers to stop using manure fertilizer, kicking us into the modern era of agriculture. But those who live near the mining industry’s epicenter fear its huge towers of radioactive sludge will pour into their backyards.

'If there's a spill, it's a disaster': living next to a giant lake of radioactive waste

Louisiana activists are fighting to stop industrial development in a polluted, economically struggling area, and a major concern is a fertilizer plant

Federal and state environmental officials met in St. James Parish with representatives of Mosaic Fertilizer, LLC Wednesday to discuss efforts to prevent a potential environmental catastrophe in the heart of Cancer Alley: a collapse of a nearly 200-foot-tall wall of mineral waste and the subsequent release of acidic wastewater ....

Mosaic Fertilizer, the world's largest phosphate mining company, has agreed to pay nearly $2 billion to settle a federal lawsuit over hazardous waste and to clean up operations at six Florida sites and two in Louisiana, the Environmental Protection Agency announced Thursday.

Around 80 salaried employees at Mosaic Co.’s Colonsay mine east of Saskatoon are out of a job after the potash mining company signalled its intention to keep the facility off-line “for the foreseeable future.”

Mosaic laid off about 330 workers at Colonsay, Sask., mine on Wednesday

Mosaic laying off 51 workers across Saskatchewan

Subsidy Tracker is a project of Good Jobs First in Washington DC. It is the most comprehensive source of data on state and federal subsidies in the United States. For more details, click on the links.
Click here for details on subsidies received by Mosaic Company
Tax Havens

Protectionism rising, as US company accuses OCP of unfair competition

The Biden administration has confirmed that it wants to tax Moroccan fertiliser imports, but the pan-African giant OCP is still hoping to avoid the worst

The Mosaic Company today announced a $7 billion greenfield project, to be known as Wa'ad Al Shammal Phosphate Project as part of a Heads of Agreement with Ma'aden and the Saudi Basic Industries Corporation.

Mosaic on Thursday awarded Technip with the front-end engineering and design (FEED) contract, as well as preparation of the corresponding engineering, procurement and construction (EPC) proposal, for a new ammonia plant under consideration in Louisiana.