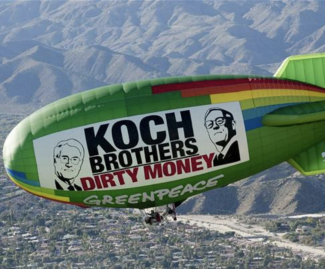 Koch Industries is a family-owned chemical and manufacturing company based in Wichita, Kansas. It is named after the founder who invented an efficient way to turn crude oil into gasoline and other products in the 1920s. Today it is one of the largest producers of nylon and polyester fabrics, a business that it acquired from Dupont and ICI. It also owns Georgia-Pacific, one of the world's largest producer of pulp and paper products. Koch Industries is projected to make a major profit off the Keystone XL pipeline between Canada and the U.S. from land leases for fracking as well as other petrochemical interests.

The Koch family is one of the most significant funders of right-wing causes in the U.S. via groups like the American Legislative Exchange Council (ALEC), Americans for Prosperity, the Freedom Fund and the John Birch Society, notably climate change denial and killing public transit systems.

The U.S. Environmental Protection Agency fined Koch $30 million in 2000, the largest civil penalty on a company at the time, for over 300 oil spills from company pipelines in Alabama, Kansas, Louisiana, Missouri, Oklahoma and Texas including a 12­ mile-long oil slick off the coast of Texas. The same year, a U.S. jury charged Koch Industries with 97 environmental crimes over benzene emissions from the West Plant in Corpus Christi, Texas.

An explosion at a Koch fertilizer facility in Missouri killed one worker in 1994 and an explosion at a Koch pipeline in Texas in 1996 killed two teenagers. Seven employees have been killed by or died from injuries at Georgia-Pacific since Koch Industries bought the company in 2005.

Individual Records & Summaries
Click here for violation data on Koch Industries
Information in this section is drawn from the Violation Tracker database produced by the Corporate Research Project of Good Jobs First in Washington DC. It is the most comprehensive source of data on business violations of laws and regulations in the United States. For specific examples of misconduct, please click on the links.

Published by
Desmog
| By
Sharon Kelly
|

There are over 2,600 people living within three miles of Oxbow Corporation’s industrial plant in Port Arthur, Texas, a community that’s almost entirely people of color.

NASHVILLE, Tenn. — A team of political activists huddled at a Hardee’s one rainy Saturday, wolfing down a breakfast of biscuits and gravy. Then they descended on Antioch, a quiet Nashville suburb, armed with iPads full of voter data and a fiery script.

Published by
Desmog
| By
Dana Drugmand
|

Koch Industries, the second largest privately held company in the United States, has significantly increased its lobbying spending this year, including efforts to influence policy on key climate and transportation issues and legislation.

With great power comes a lot of publicity — not all of it wanted, as a new book about the secretive Koch Industries makes clear. 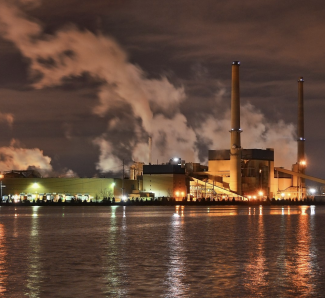 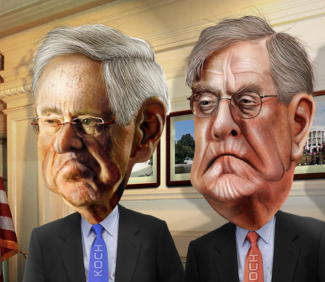 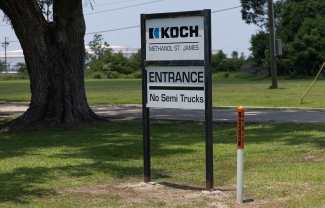 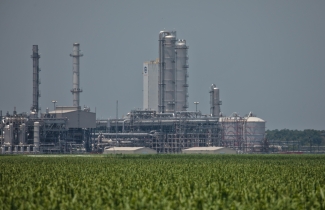 The city of Phoenix dealt a decisive blow to a Koch Brothers-backed measure on Tuesday when voters rejected a proposition that would have banned any expansion of the city's light rail system.

Unions fight back against Kochs and allies since supreme court 'disaster'

After decades of trying, the Koch brothers and their allies won a major battle last year when the US supreme court stripped public sector unions of their ability to collect “fair-share fees” from non-union members.

Heckler & Koch must pay for illegal arms sales to Mexico

Minnesota Attorney General Keith Ellison filed a lawsuit Wednesday against ExxonMobil, Koch Industries, and the American Petroleum Institute for mounting a 30-year "campaign of deception" related to the climate crisis.

In this press release, the Environmental Protection Agency (EPA) announced that it was imposing the “largest civil fine ever imposed on an oil company under any federal law,” on Koch Industries in 2000. The fine was $30 million.

A subsidiary of Koch Industries recently leaked about 15 pounds of toxic chlorine dioxide gas from a Florida mill following a 3AM power outage.

A chemical spill in West Virginia last week cut off access to safe tap water across nine counties, and although it involved a chemical used by the coal industry, state officials have been pushing back strongly against suggestions by reporters that the disaster had anything to do with the state's dominant industry -- coal.

Amazon is Bringing on a set of well-trained union suppression consultants in its high-profile fight to keep its massive warehouse workforce free of organized labor.

Billionaire industrialist Charles Koch is known for extolling the virtues of his own management system, “Market-Based Management.” He credits this system, which he has trademarked and promoted in a series of books, as the key contributor to the success of Koch Industries, one of the largest privately held companies in America.

Profiles on Koch Industries from other sources

Subsidy Tracker is a project of Good Jobs First in Washington DC. It is the most comprehensive source of data on state and federal subsidies in the United States. For more details, click on the links.
Click here for details on subsidies received by Koch Industries
Tax Havens

“This is Extortion”: Koch Industries Gets Another Tax Break

The Toledo, Oregon City Council voted 4-2 on November 6 to give Koch Industries' subsidiary, Georgia-Pacific, a 15-year property tax exemption in return for investment in an existing plant there.

Koch Brothers Could Get Up To $1.4 Billion Tax Cut From Law They Helped Pass

A new analysis by Americans for Tax Fairness estimates that Charles Koch and David Koch and/or Koch Industries could save between $1 billion and $1.4 billion combined in income taxes each year from the Trump tax law―and that doesn’t even count how much the brothers might save in taxes ....

The Koch Brothers want to pull back on national politics, according to the National Review, because their business and public relations wings have grown weary of the spotlight. “Concerned about the damage being done to their corporate brand [and] increasingly bothered by their public vilification,”....

A company owned by Koch Industries is now the majority owner and managing member of a $1.85 billion methanol production complex under construction in St. James Parish.