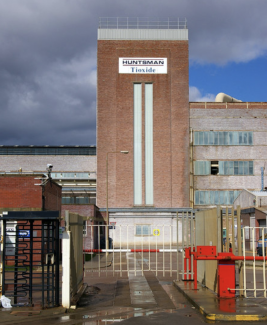 Huntsman Corporation is a chemical manufacturer. Founded in 1970 and headquartered in The Woodlands, Texas, it expanded by buying up Texaco’s chemicals business in 1994 and Imperial Chemical Industries’ (ICI) chemical business in 1999. (The rest of Texaco merged with Chevron and ICI merged into AkzoNobel). Huntsman became infamous in 1997 after it attempted to clean up an old polymer plant in Odessa, Texas, by setting fire to thousands of pounds of waste chemicals like benzene, butadiene, ethylene and propylene. Community members filed over 3,500 complaints of health problems such as bloody noses, trouble breathing, nausea and sued the company. Huntsman eventually agreed to pay $3 million in compensation to 4,000 individuals.

In 2002,  two Huntsman managers at the company's petrochemical plant in Port Arthur, Texas, were sentenced to prison for illegally allowing the release of pollutants in the 1990s and the company was ordered to pay a $9.45 million fine. Huntsman was also fined for similar problems at the nearby plant in Port Neches, Texas. This plant was ranked the worst polluter in the U.S. in a recent report for the United Church of Christ by the watchdog group Environmental Integrity Project, and is on the list of the U.S. Environmental Protection Agency’s list of 25 “high priority” facilities in the U.S. that emit ethylene oxide gas at levels that exceeded the agency’s threshold for acceptable lifetime cancer risk. (In 2007, Huntsman sold off the Port Arthur plant to Koch Industries, which and in 2019, Huntsman sold off the Port Neches plant to Indorama Ventures in Thailand.)

Some 130 workers reported sick from 25 releases of toxic chemicals that affected workers inside the Huntsman-operated Rubicon plastics plant in Geismar, Louisiana, over a ten year period – as a result of 56 equipment failures. Government records show the company has never completed inspections of all its facilities in that same 10-year period. A 2019 report showed that Huntsman has 158 overdue inspections on piping circuits and vessels at Rubicon.

Individual Records & Summaries
Click here for violation data on Huntsman Corporation
Information in this section is drawn from the Violation Tracker database produced by the Corporate Research Project of Good Jobs First in Washington DC. It is the most comprehensive source of data on business violations of laws and regulations in the United States. For specific examples of misconduct, please click on the links.

Published by
The Independent
| By
Jerry D. Spangler and Bob Bernick Jr.
|

PORT NECHES, Texas — Jefferson County is the heart and soul of Texas oil — a land of alligators, Cajun cooking and union loyalists who wear the monicker "redneck" with pride.

Odessa, Texas: is it the most polluted city in America?

Published by
The Independent
| By
Andrew Buncombe
|

When David Moton coughs ­ which he does often ­ it feels as though his chest is erupting. There are terrible pains, then a tightness, and shortness of breath. Some nights he cannot sleep and sits up, fighting for breath, longing for the pain to ease.

Over 1,000 Companies Have Curtailed Operations in Russia—But Some Remain

Since the invasion of Ukraine began, we have been tracking the responses of well over 1,200 companies, and counting.

Chemical plants in Louisiana and Texas release far more of the cancer-causing ethylene oxide gas than the Sterigenics medical sterilizer plant in Illinois, which snagged national headlines this year and was shut down by state regulators. 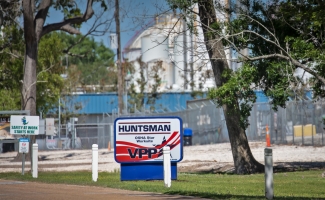 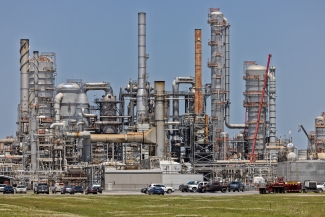 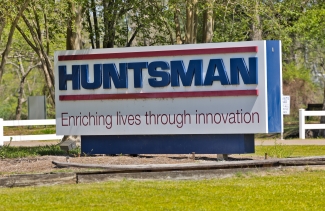 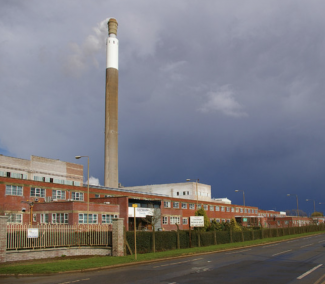 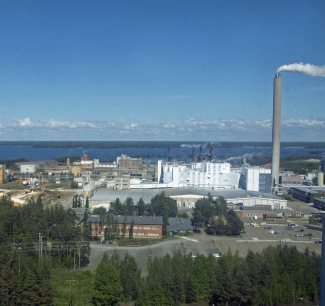 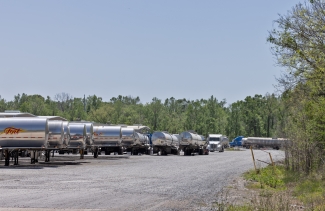 Workers of a Swiss plant of U.S. chemical company Huntsman carry a banner during a demonstration in Basel

Some thousand participants protested against planned job cuts at Huntsman, Swiss drugmaker Novartis AG and other companies. The banner is showing Walt Disney's comic character Scrooge McDuck and reading: 'You're gambling away our future !'.

Four of the country's largest chemical companies have been accused of selling billions of dollars worth of harmful isocyanate chemicals but intentionally concealing their dangers to consumers and the U.S. Environmental Protection Agency (EPA) over the past several decades.

Republican presidential hopeful Jon Huntsman was a top executive of a large chemical conglomerate that is paying $33 million to settle a lawsuit alleging price-fixing.

The EPA needs to inform residents who live near facilities with significant ethylene oxide emissions about their elevated estimated cancer risks so they can manage their health risks.

Plastic pollution is a global environmental crisis. Huntsman Corporation is one of the top 40 U.S. chemical producers, manufacturing plastics like polyurethanes.

Jon Huntsman has run as the most environmentally friendly of all Republican candidates. But his family's business -- The Huntsman Corporation -- has run into trouble with environmental regulators.

While Republican Presidential Candidate Jon Huntsman, Jr. promised to “dramatically rein in the EPA” in a September 1 speech, recent data shows that toxic emissions from a Huntsman Chemical plant jumped more than 50% between 2009 and 2010.

Odessa, Texas: is it the most polluted city in America?

When David Moton coughs - which he does often - it feels as though his chest is erupting. There are terrible pains, then a tightness, and shortness of breath.

Ryan Housley had just finished repairing a pipeline inside one of the manufacturing units on Rubicon LLC’s 81-acre campus in Geismar when his shift ended on a stifling hot afternoon in May 2012.

Between January 2010 and December 2019, Rubicon LLC notified state and local officials about 25 accidental releases of potentially harmful chemicals that resulted in the exposure or potential exposure of company employees or contractors on its 81-acre campus in Ascension Parish.

Subsidy Tracker is a project of Good Jobs First in Washington DC. It is the most comprehensive source of data on state and federal subsidies in the United States. For more details, click on the links.
Click here for details on subsidies received by Huntsman
Tax Havens

On the election trail in 2016, Donald Trump promised tax reforms to tempt major US companies back onshore and “bring back trillions of dollars from American businesses that is now parked overseas”.

The Woodlands-based Huntsman and its affiliated joint venture Rubicon LLC are mulling a potential multiphase polyurethane plant expansion in Ascension Parish worth at least $270 million.

Huntsman announces sale of Port Neches, Dayton plants to Thai company as part of $2B deal

Huntsman will be selling the two Southeast Texas facilities along with its Chocolate Bayou facility in Alvin and facilities in India and Australia.

The Shaw Group said Friday it has been awarded a construction management and services contract by Huntsman to build a new 100-million-pound/year maleic anhydride plant at Geismar, Louisiana.