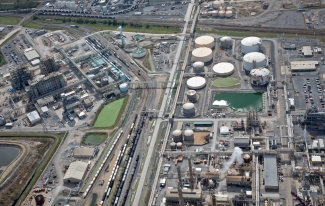 Honeywell International is a technology and manufacturing company based in Charlotte, North Carolina. Founded in 1906, and long associated with thermostats, it also designed and manufactured cluster bombs; the electronic systems used to drop the atomic bombs on Japan in 1945; as well as the controls for B-52 bombers, nuclear submarines, the MX intercontinental ballistic missiles, Pershing II and Trident nuclear missile systems. After the company became a primary target of the anti-war movement in the 1960s, Honeywell helped the Federal Bureau of Investigation to spy on the activists. After the activists sued the company for interfering with their right to protest, Honeywell agreed to pay for cluster bomb removal in Laos.

Honeywell is listed as responsible or partially responsible for greatest number (128) of Superfund sites in the U.S. - sites judged to be the most toxic in the country by the U.S. Environmental Protection Agency. In October 2021, a worker was killed from exposure to a toxic chemical at the Honeywell plant in Geismar, Louisiana, where 11 chemical leaks had been reported in three previous years due to equipment failures or improper setup.

In 2006, Honeywell was fined $450 million after a century of industrial dumping from the Allied-Signal site on Lake Onondaga in New York state. In 2013, Honeywell paid $3 million for air pollution at a nylon manufacturing plant in Hopewell, Virginia. In 2019, Honeywell paid the state of Georgia $4 million for the pollution of coastal marsh land by the LCP Chemicals plant. Most recently, New Jersey state sued Honeywell in 2020 for its role in the contamination from coal tar, paving, and roofing material manufacturing at the Quanta Resources site on the Hudson River in Edgewater, New Jersey.

Individual Records & Summaries
Click here for violation data on Honeywell International
Information in this section is drawn from the Violation Tracker database produced by the Corporate Research Project of Good Jobs First in Washington DC. It is the most comprehensive source of data on business violations of laws and regulations in the United States. For specific examples of misconduct, please click on the links.

The FBI as Co-Conspirator

Among the defendants were Honeywell, Inc., a principal supplier of anti-personnel weapons to the Defense Department as well as to foreign governments and the FBI.

At a Honeywell plant in Hopkins MN where fragmentation bombs were made.

I joined Honeywell in 1965. At that time the company was best known for making thermostats that provided temperature controls. They were considered the leader in the field.

Published by
The Advocate
| By
David Mitchell
|

The Honeywell Geismar plant in Carville where a worker was killed earlier this month has had 11 accidental releases of toxic or flammable chemicals in the past three years, state regulatory records say.

Published by
Desmog
| By
Julie Dermansky
|

In the aftermath of the 1000-year flood that hit southern Louisiana in August, environmental and public health concerns are mounting as the waters recede.

Published by
Desmog
| By
Ross Gelbspan
|

AP reports today: “Some of the country’s largest emitters of heat-trapping gases, including businesses that publicly support efforts to curb global warming, don’t want the public knowing exactly how much they pollute. 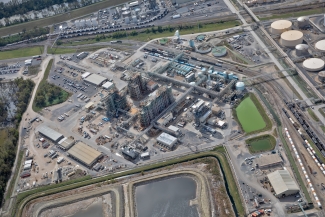 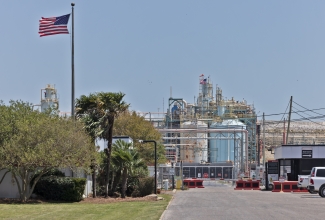 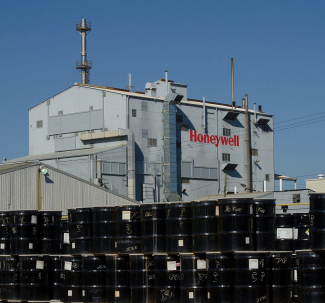 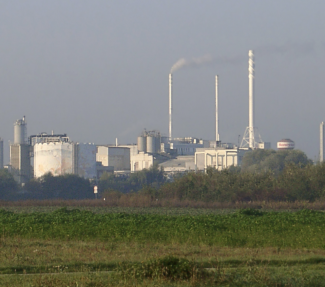 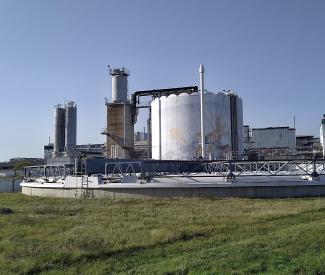 Why did high-tech giant Honeywell trigger a decades-long public protest?

The United States' involvement in World War II had broad support from the American people. In the minds of nearly any American, it remains one of the most clearly justifiable wars in our history.

Protests erupt along Mexican border after deaths at Honeywell, Lear

A spate of suspected coronavirus deaths among workers for U.S. companies operating along the border in Mexico has triggered multiple protests in recent days, highlighting friction over which factories should remain open in the pandemic.

Gov. Phil Murphy’s administration sued one of the nation's largest companies on Tuesday, seeking financial damages for a cornucopia of pollution that has seeped from an Edgewater Superfund site into the Hudson River and the surrounding area for decades.

Honeywell to Pay Georgia $4M for Pollution in Coastal Marsh

A company has agreed to pay the state of Georgia $4 million for environmental cleanup of a former chemical plant.

U.S. and Brazilian authorities are investigating whether Honeywell International Inc's HON.N use of third parties in Brazil violated the U.S. Foreign Corrupt Practices Act, Honeywell said in a regulatory filing on Thursday.

The agreement between federal authorities and Honeywell Resins and Chemicals LLC was filed in U.S. District Court in Richmond. The consent decree is subject to court approval. Along with paying the fine, the company agreed to improve the plant's air pollution control equipment and processes.

The Honeywell Geismar plant in Carville where a worker was killed earlier this month has had 11 accidental releases of toxic or flammable chemicals in the past three years, state regulatory records say.

About 100 companies and the federal government are connected to more than 40 percent of America's most dangerously contaminated toxic waste sites, according to an analysis of a controversial and confidential government document obtained by the Center for Public Integrity.

Superfund lake to be cleaned up

Honeywell Inc. will spend $451 million to help clean up Onondaga Lake, once a sacred American Indian waterway turned into a toxic stew by a century of municipal and industrial pollution.

A worker at the Honeywell Plant in Geismar, La. has died after reportedly being severely burned by chemicals in an accident at the plant earlier today

Local employees of a manufacturing company protested Wednesday in demand of a fair contract.

Subsidy Tracker is a project of Good Jobs First in Washington DC. It is the most comprehensive source of data on state and federal subsidies in the United States. For more details, click on the links.
Click here for details on subsidies received by Honeywell International
Tax Havens

These 91 companies paid no federal taxes in 2018

Nearly 100 Fortune 500 companies effectively paid no federal taxes in 2018, according to a new report.

Thirty companies, including Morris Township-based Honeywell International, made a tax advocacy group’s list of corporations it says that spend big bucks on lobbying and save millions in federal tax subsidies annually, according to a report released yesterday.

Honeywell is considering investing nearly $100 million across two sites in Louisiana — one in Baton Rouge and the other in Shreveport.

Gov. Bobby Jindal and Honeywell Performance Materials and Technologies President and CEO Andreas Kramvis have announced that Honeywell will invest $208 million in new manufacturing projects at its four production sites in Louisiana.