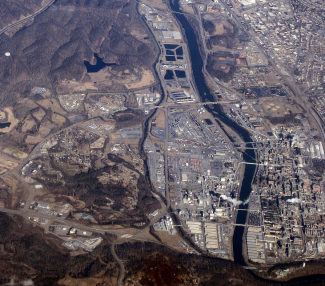 Eastman plants have spilled toxic chemicals into local water supplies such as Crude MCHM (a chemical foam used to clean coal) into the Elk River in Charleston, West Virginia in 2014 and ethylene glycol into the Holston River in Tennessee in 2021. The 2014 West Virginia spill left 300,000 people without access to cooking or cleaning water for several days and led to a settlement payout of $150 million.

Eastman’s Taminco plant in St. Gabriel, Louisiana, is located in ‘Cancer Alley,' an 85 mile stretch of the Mississippi river in Louisiana with over 150 toxic petrochemical plants. It is on the list of the U.S. Environmental Protection Agency’s list of 25 “high priority” facilities in the U.S. that emit ethylene oxide gas at levels that exceeded the agency’s threshold for acceptable lifetime cancer risk.

In 2021, Mexican authorities charged managers at Eastman’s Uruapan plant with ties to criminal gangs in the state of Michoacán that were exploiting the local Indigenous peoples who harvest sap from old growth pine trees. The sap is used by Eastman in the manufacture of adhesives, chewing gum, cosmetics, inks and other products.

Individual Records & Summaries
Click here for violation data on Eastman Chemical
Information in this section is drawn from the Violation Tracker database produced by the Corporate Research Project of Good Jobs First in Washington DC. It is the most comprehensive source of data on business violations of laws and regulations in the United States. For specific examples of misconduct, please click on the links.

The Forest Guardians Who Beat Back Mexico's Cartels

MORELIA, Mexico — One day in the late spring of 2012, Mexican police pulled over Efrén Olivares Valdez and told him he was delivering his truckload of raw pine resin to the wrong refinery.

KINGSPORT — Eastman and a union organizer are having a dispute over who’s spreading “misinformation” to Eastman employees. 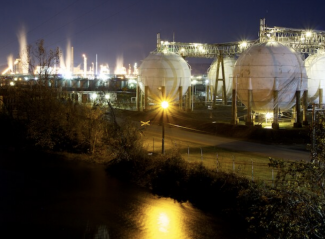 Environmental Justice and Health Alliance for Chemical Policy Reform | May, 2014

More than 134 million Americans live in the danger zones around 3,433 facilities in several common industries that store or use highly hazardous chemicals. Millions more people work, play, shop, and worship in these areas.
But who are the people that live daily with the ever- present danger of a chemical disaster?

Eastman Chemical Company, a global corporation headquartered in northeast Tennessee that is among the state’s largest employers, is under investigation by Mexican authorities over alleged ties to cartel-controlled suppliers of raw materials processed at its plant in the state of Michoacán.

Legal fallout from the accidental chemical spill that affected the water supply for 300,000 West Virginians has landed at the doorstep of Kingsport-based Eastman Chemical Co.

An “unpermitted emission point” that released up to 1,800 pounds of volatile organic compounds (VOCs) — primarily methanol — was among spots at Eastman Chemical Company that released above permitted amounts of pollutants starting early Jan. 31 after a steam line failure caused a power outage.

Eastman Chemical Company released more than 5,000 pounds of ethylene glycol into the Holston River in early January, the company said in a statement to News Channel 11.

It's been almost a year since the inspector general for the U.S. Environmental Protection Agency urged agency officials to take "prompt action" to warn people living near 25 "high-priority" industrial facilities across the nation. Residents around five plants in Louisiana are still waiting.

A chemical spill in Charleston, W.Va., has compromised water supplies and prompted the governor to declare a state of emergency in nine counties.

Little information is known about Crude MCHM, the chemical that leaked into West Virginia's Elk River and potentially contaminated the tap water of 300,000 residents.

KINGSPORT — Eastman announced today it will be laying off an undisclosed number of workers and cited the U.S.-China trade dispute as one of the contributing factors for the move.

The widow of a South Carolina plastics plant worker who was killed when a pipe exploded and hot chemicals were sprayed on him has sued his employer, saying the company was negligent.

Subsidy Tracker is a project of Good Jobs First in Washington DC. It is the most comprehensive source of data on state and federal subsidies in the United States. For more details, click on the links.
Click here for details on subsidies received by Eastman Chemical
Tax Havens

The Business Roundtable (BRT), a coalition of CEOs from 201 of America’s biggest companies, are supportive of raising the retirement age for Social Security and Medicare to 70, cutting Social Security benefits, lowering the corporate tax rate, and adopting a “territorial” tax system that exempts the offshore profits of American corporations from U.S. taxes.

Eastman Chemical Company is investing $70 million over the next three years to expand its manufacturing operations in St. Gabriel. This include a new chemical intermediates production facility.

Eastman Chemical Co. has signed a letter of intent with Air Products & Chemicals Inc. on a $1.6 billion petroleum-coke fed gasification projects at Beaumont, Texas and Louisiana.