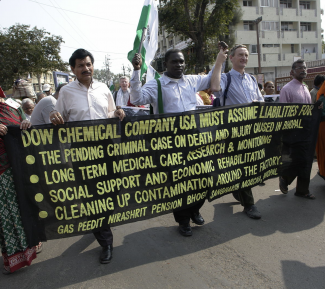 Three organophosphates produced by Dow – chlorpyrifos, diazinon and malathion – which are widely used as pesticides, have been linked to brain damage in children as well as poisonings among farmworkers, for which it has been sued by the state of California.

Over the years, Dow has been subject to thousands of lawsuits for its sale of silicone breast implants that have been associated with illnesses like lupus. In 1998, the Dow Corning division agreed to pay out $3.2 billion to some 170,000 women and declared bankruptcy. Dow also now owns Union Carbide corporation which was responsible for one of the world’s biggest industrial disasters in Bhopal, India, in 1984, for which it agreed to pay out compensation of $470 million in 1989, but the families of victims in India have continued to fight for a better deal.

Individual Records & Summaries
Click here for violation data on Dow Inc.
Information in this section is drawn from the Violation Tracker database produced by the Corporate Research Project of Good Jobs First in Washington DC. It is the most comprehensive source of data on business violations of laws and regulations in the United States. For specific examples of misconduct, please click on the links.

Chemical plants in Louisiana and Texas release far more of the cancer-causing ethylene oxide gas than the Sterigenics medical sterilizer plant in Illinois, which snagged national headlines this year and was shut down by state regulators.

Published by
Union of Concerned Scientists
|

After meeting with and listening to talking points from Dow Chemical Company, the maker of the pesticide chlorpyrifos, the EPA announced it would reverse its decision to ban the chemical, which is linked to neurological developmental issues in children.

Dow Chemical is pushing the Trump administration to scrap the findings of federal scientists who point to a family of widely used pesticides as harmful to about 1,800 critically threatened or endangered species.

The investigation into the firing of Environmental Protection Agency regional administrator Mary Gade has just begun. 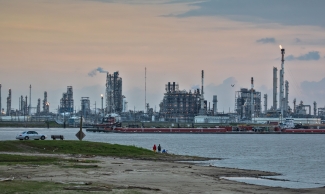 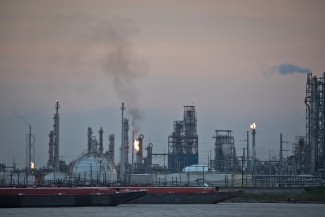 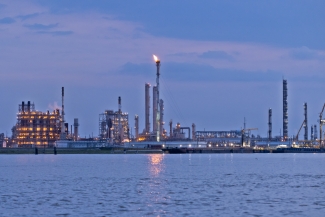 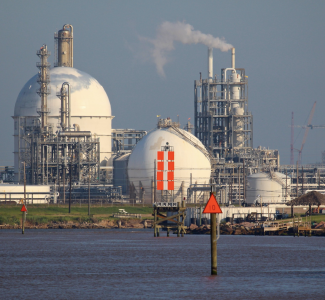 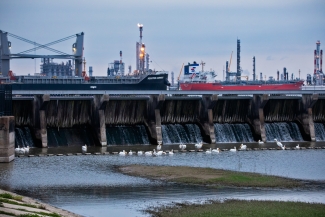 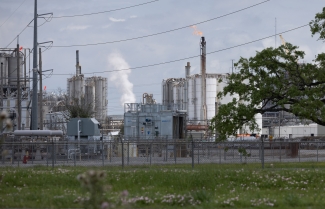 *Action is taking place on January 23rd at 1 pm, in front of the Davos Library*. Campaigners dressed as corporate wolves will invade the streets of Davos, on the sidelines of the World Economic Forum (WEF), to protest the rights of corporations to sue governments under controversial “Investor State Dispute Settlement” (ISDS) provisions.

Holding signs that said “DuPont clean up your mess” and “Don’t pinch pennies on our health,” a group of Pompton Lakes residents held a small rally Thursday, exhorting neighbors to voice their displeasure with a proposal to dilute contaminated groundwater beneath their homes by pumping clean water into the ground.

The drama over DuPont's board of directors easily overshadowed a protest Wednesday outside the DuPont Co.'s shareholder meeting – an annual event that in the past has seen angry activists occupy a factory water tower and rappel down the Hotel du Pont.

On college campuses across the country, anti-war activists protested corporations, who were contracted by the government to make products for the military.

It’s approved for use on more than 80 food crops, including oranges, berries, grapes, soybeans almonds and walnuts, but California banned the sale of the pesticide last year and ended spraying this year.

The farmworker parents of a girl with autism, obesity, and vision problems are suing Dow Chemical Co., Corteva, a California town, and two pesticide application companies, claiming that exposure to the powerful insecticide chlorpyrifos led to her significant health problems.

Dow Chemical Co has reached a $77 million deal with the federal government, the state of Michigan and a Native American tribe to fund environmental restoration projects to resolve a lawsuit accusing it of releasing hazardous substances for decades from a Michigan facility.

A three-year U.S. Securities and Exchange Commission investigation found that Dow Chemical failed to properly disclose around $3 million in perks for former Chief Executive Andrew Liveris, ranging from personal use of company aircraft to sporting events and dues Dow paid to a charity Liveris chaired

Dow Chemical Co DOW.N agreed to pay $835 million to settle a decade-long lawsuit on price fixing, saying it had less chance of winning its petition at the Supreme Court after the death of Justice Antonin Scalia.

What caused 45 tonnes of a mixture including acetic acid to be released at La Porte, US, killing 2 and hospitalising 30, remains unclear

Emergency officials in La Porte have issued a shelter in place order after a chemical leak in the city.

Dow Chemical is pushing the Trump administration to scrap the findings of federal scientists who point to a family of widely used pesticides as harmful to about 1,800 critically threatened or endangered species.

DuPont was ordered on Wednesday to pay $2 million after a jury found the company liable for diseases linked to a Teflon-making chemical, Reuters reported.

Workers have been silently picketing outside the Dow chemical facility on Tidal Road in Deer Park since Monday, when the company locked out about 240 workers without pay or benefits.

Subsidy Tracker is a project of Good Jobs First in Washington DC. It is the most comprehensive source of data on state and federal subsidies in the United States. For more details, click on the links.
Click here for details on subsidies received by Dow Inc.
Tax Havens

The U.S. Supreme Court on Monday declined to hear Dow Chemical Co's DOW.N bid to revive its claim to more than $1 billion in tax deductions based on partnerships the company entered into that lower courts said were created primarily to avoid tax liability and had no legitimate business purpose.

The Business Roundtable (BRT), a coalition of CEOs from 201 of America’s biggest companies, are supportive of raising the retirement age for Social Security and Medicare to 70, cutting Social Security benefits, lowering the corporate tax rate, and adopting a “territorial” tax system that exempts the offshore profits of American corporations from U.S. taxes.

The Justice Department has won a tax shelter case involving Dow Chemical, in which the company was accused of creating approximately $1 billion in phony tax deductions in a scheme designed by Goldman Sachs and lawyers at King & Spalding.