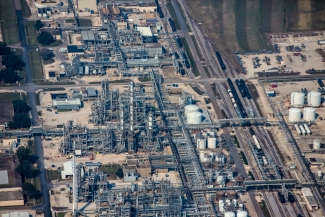 Denka is a chemical company headquartered in Tokyo, Japan. Founded in 1912 in Hokkaido, it is the world’s largest manufacturer of neoprene, which is used to make a variety of products such as adhesives, beer cozys, gaskets hoses and wetsuits. It also makes cement and plastics like styrene. The company’s most controversial asset is a neoprene factory named the Pontchartrain Works facility, built by Dupont in 1968 in the town of Reserve, Louisiana. The 2018 U.S. National Air Toxics Assessment found that cancer risks in St. John the Baptist parish were as high as 1,505-in-1 million, 50 times higher than the U.S. national average. In a one mile radius around the plant, the population is 94 percent Black. The company was forced to withdraw claims that U.S. government risk levels for chloroprene were 156 times too high after a peer-review of company research showed major flaws. Later it emerged that Dupont sold the plant in order after learning that the government was likely to impose strict controls on the plant.

In Japan, the company has a major presence in the town of Omi in Niigata prefecture where it has a neoprene factory, cement plant and a hydroelectric plant. A worker was killed in a heat blast from an electric furnace at the Omi plant in Niigata in 2013, and another worker died at the Ōmuta plant in Fukuoka prefecture in 2018 after the collapse of raw material bulk bags. A distillation tower at the Denka styrene factory in Chiba prefecture also caught fire in 2018 as it was being demolished.

Individual Records & Summaries
Click here for violation data on Denka Company
Information in this section is drawn from the Violation Tracker database produced by the Corporate Research Project of Good Jobs First in Washington DC. It is the most comprehensive source of data on business violations of laws and regulations in the United States. For specific examples of misconduct, please click on the links.

Published by
The Guardian / Mother Jones
| By
Oliver Laughland
|

The Environmental Protection Agency (EPA) has opened a series of civil rights investigations into state agencies in Louisiana to examine whether permits granted in the highly polluted industrial corridor, known locally as Cancer Alley, h

Published by
Nola
| By
Sara Sneath
|

The U.S. Environmental Protection Agency plans to stop monitoring the levels of a chemical that is believed to cause cancer around a controversial St. John the Baptist Parish plant in December, according to the agency.

Published by
Desmog
| By
Julie Dermansky
|

Cancer and chemicals in Reserve, Louisiana: the science explained

Published by
The Guardian
| By
James Lartey & Oliver Laughland
|

Cancer and chemicals in Reserve, Louisiana: the science explained

Why is this top Democrat absent from the fight against toxic pollution in Cancer Alley?

Published by
The Guardian
| By
Emily Holden & Oliver Laughland
|

Published by
The Guardian
| By
Emily Holden & Oliver Laughland
|

Facing public pressure to rein in its pollution, a Japanese chemical manufacturer has instead launched an aggressive, years-long campaign to undermine the science showing that its compounds could cause cancer, according to newly released documents reviewed by the Guardian. 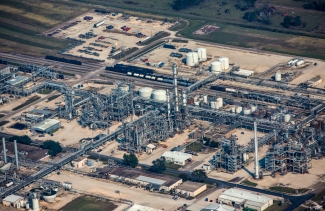 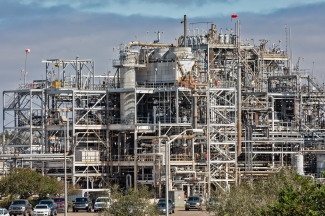 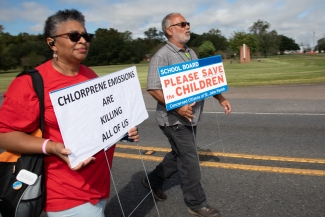 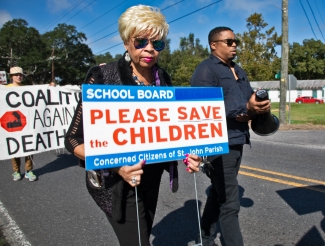 Group calls for shut down of Denka plant in Reserve

Denka’s neoprene facility in St. John Parish, Louisiana continues to emit dangerous levels of the carcinogen chloroprene, nearly five years after the U.S. Environmental Protection Agency (EPA) found that residents living near the Denka facility face the highest risk in the country of developing cancer from air pollution due to chloroprene emissions.

David v. Goliath: The October March to save lives in Louisiana’s ‘Death Alley’

Rise St. James and the Concerned Citizens of St. John Parish can—along with many supporters—claim significant successes since our “Big March,” May 30th to June 3rd, 2019, in opposition of the petrochemical plants along the Mississippi from New Orleans to Baton Rouge.

The Big March to Save Lives in Death Alley

In spite of the important coverage the Lens has given to the cancer-causing emissions of petrochemical plants in St. James and St. John Parishes, most Louisiana readers must learn what’s going on from the national press.

Residents of Reserve, Louisiana, have traveled to Tokyo to confront the executives and shareholders of a Japanese company which runs a chemical plant they say is responsible for a spike in cancers and a litany of other diseases in their home town – the town at the highest risk of cancer due to airborne toxicity ....

'They've been killing us for too long': Louisiana residents march in coalition against 'death alley'

Demonstrators in Louisiana stepped off on a five-day march on Thursday, demanding environmental justice for a region besieged by toxic pollution from chemical plants.

If you drive along one of the main streets in Louisiana’s St. John the Baptist Parish, you may encounter a large sign warning about chloroprene in the air. These signs let people know that chemical emissions from the nearby DuPont facility, now owned by Denka, can greatly increase the risk of cancer for those who live around it.

Over the last few years, Denka Performance Elastomer, a chemical plant in St. John the Baptist Parish, has been in trouble with the EPA for potential emissions violations. Now, Louisiana’s Department of Environmental Quality is planning to file a lawsuit against the company.

Louisiana’s environment agency is poised to sue the two chemical companies associated with America’s only neoprene plant in the town of Reserve, the Guardian has learned. The legal action relates to alleged violations of the Clean Air Act and Louisiana state environmental laws.

A lawsuit to reduce or stop production at a LaPlace chemical plant will have another chance in front of a federal judge after being dismissed several weeks ago.

After sending investigators into the Denka Performance Elastomer plant for five days last year to find out why it was discharging troubling amounts of chloroprene into the air, the Environmental Protection Agency has found that the LaPlace chemical manufacturer potentially violated the Clean Air Act about 50 times, according to a report.

Subsidy Tracker is a project of Good Jobs First in Washington DC. It is the most comprehensive source of data on state and federal subsidies in the United States. For more details, click on the links.
Click here for details on subsidies received by Denka
Major Projects

Denka Performance Elastomer, the owner of a LaPlace plant that is the only one in America to produce the presumed carcinogen chloroprene, is asking the U.S. Environmental Protection Agency to increase the level of that compound deemed safe for public health.