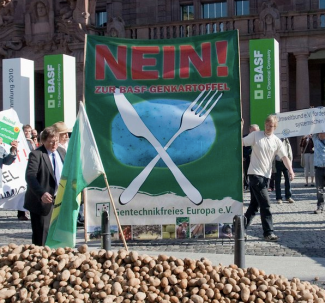 Two of Germany’s deadliest explosions occurred at BASF plants – at Oppau in 1921 and Ludwigshafen in 1948 that killed 565 and 207 people respectively. BASF was also responsible for a spill of two tons of antifreeze into the river Rhine in 1986. The company has also been accused of dumping PFAS chemicals (often called ‘forever’ chemicals) into the river Shelde in Belgium.

BASF's chemicals complex in Geismar, Louisiana, in ‘Cancer Alley,' an 85 mile stretch of the Mississippi river with over 150 toxic petrochemical plants, was ranked the 3rd worst polluter in the U.S. in a recent report for the United Church of Christ by the watchdog group Environmental Integrity Project. The United States Environmental Protection Agency estimates that the Geismar plant’s emissions are 26 times the agency’s acceptable limits. Notably BASF’s Geismar plant produce over 9 times as much toxic ethylene oxide as its sister plant in Ludwigshafen, which is larger in size. All told, Pro-Publica estimates that BASF’s two dozen plants in the U.S. elevate cancer risks for an estimated 1.5 million people.

Individual Records & Summaries
Click here for violation data on BASF
Information in this section is drawn from the Violation Tracker database produced by the Corporate Research Project of Good Jobs First in Washington DC. It is the most comprehensive source of data on business violations of laws and regulations in the United States. For specific examples of misconduct, please click on the links.

Hollie Walker cherished the simplicity of her life in White Stone, South Carolina, a tiny community on the outskirts of Spartanburg.

Published by
The Advocate
| By
STEVE HARDY, DELLA HASSELLE and NICK REIMANN
|

Yet again, researchers are finding that communities along the Mississippi River between Baton Rouge and New Orleans are at a greater risk for exposure to cancer-causing chemicals.

"Breath to the People" Sacred Air and Toxic Pollution

Published by
United Church of Christ
|

The pesticide giants making billions on toxic and bee-harming chemicals

Published by
Unearthed
| By
Crispin Dowler
|

he world’s five biggest pesticide manufacturers are making more than a third of their income from leading products selling chemicals that pose serious hazards to human health and the environment, a joint investigation by Unearthed and Public Eye has found.

FRANKFURT (Reuters) - At least two people died and six were severely injured on Monday in an explosion and fire at chemicals maker BASF’s biggest production site in Germany, the company said.

Published by
ProPublica
| By
Mark Schleifstein
|

The proposed rules reducing emissions across the country would not apply to many of Louisiana’s chemical plants. These facilities release tons of dangerous, cancer-causing chemicals like ethylene oxide, and more plants are on the way. 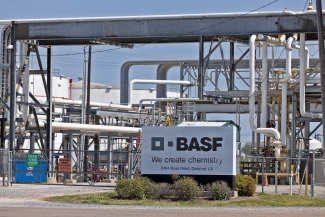 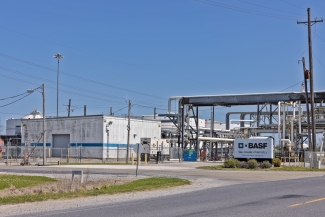 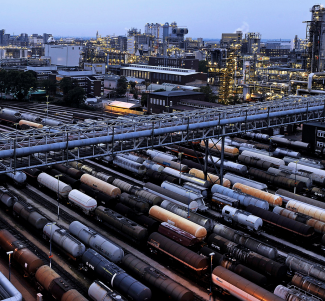 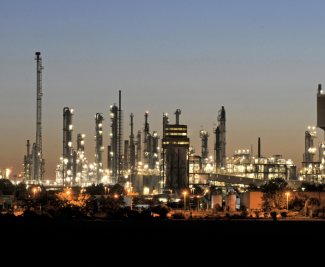 BASF, one of the world’s biggest chemical companies, has adopted a code of conduct binding all employees of the BASF group worldwide. It incorporates globally applicable standards of conduct including human rights, and labour and social standards, which govern BASF’s dealings with employees and other stakeholders.

Fierce union protests over German companies' plans to cut sick pay spread to the chemical sector on Wednesday as 10,000 workers walked off the job at chemical giant BASF AG.

Fierce union protests over German companies' plans to cut sick pay spread to the chemical sector on Wednesday as 10,000 workers walked off the job at chemical giant BASF AG.

BASF and Cahill settle talc scandal for US$72.5 million

BASF and law firm Cahill, Gordon & Reindel have agreed to a joint settlement of US$72.5 million to end claims that they concealed evidence of talc products containing asbestos, according to a report published by Bloomberg.

A jury over the weekend awarded $265 million in punitive damages to a southeastern Missouri peach farmer who argued that weedkiller dicamba that had drifted onto his orchards from other farms had severely damaged his trees — an award that could bode well for other farmers suing the chemical’s makers.

There was a discussion between Green MP Mieke Schauvliege and Flemish Environment Minister Zuhal Demir (N-VA) regarding the recent PFAS scandal in Belgium.

German chemicals company BASF is set to close its Ludwigshafen-based imidazole plant after it discovered that a small amount of the material had leaked into nearby River Rhine, according to a report by Reuters.

The BASF chemical factory accidentally leaked two tons of a toxic antifreeze component into the Rhine River Friday, officials said. It was the seventh major chemical spill into the Rhine in a month.

After a deadly leak at BASF, the workers were blamed despite disputes over safety warnings

Something told Elvin Porter to turn back and take a quick look at his coworker, Dexter Armstead, on a catwalk inside the huge BASF complex in Geismar before Porter headed down the stairs for the breathing equipment.

2 contractors possibly exposed to substance at BASF in Geismar, treated at plant, taken to hospital

Two contractors were "potentially exposed" to a substance at the BASF plant in Geismar Friday while working outdoors and were treated at the chemical plant by first responders, then transported to the hospital for further treatment, a plant spokesman said.

BASF workers on strike because of dispute over back pay

Workers at BASF’s chemical manufacturing company in Port Elizabeth are striking over non-payment of an annual salary increase. Workers are demanding back pay as per what they claim is an earlier agreement with the company.

Subsidy Tracker is a project of Good Jobs First in Washington DC. It is the most comprehensive source of data on state and federal subsidies in the United States. For more details, click on the links.
Click here for details on subsidies received by BASF
Tax Havens

BASF and corporate tax avoidance: Can we fix it? Yes, we can!

As a report published yesterday by the Greens/EFA group in the European Parliament discloses, the German chemicals company BASF has used aggressive tax planning strategies to avoid paying 923m Euro between 2010 and 2014.

BASF in firing line for legal, but immoral tax deals

German chemicals giant BASF has applied aggressive tax strategies to avoid paying hundreds of millions of euros in taxes, a fresh report has said. The company resorted to a variety of instruments to get its way.

Toxic Tax Deals a chemical giant abusing their powers... It might sound like the plot to a trashy old movie, found in the bargain bin on an old VHS.

BASF SE will proceed with the second phase of its production expansion for methylene diphenyl diisocyanate (MDI) at its Geismar chemical complex.

BASF will invest in the development of its methylene diphenyl diisocyanate, or MDI, capacity at its Louisiana chemical complex in Geismar, Louisiana.

BASF contracts with the U.S. Federal Government (via USA Spending)