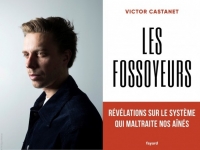 French investigators raided the headquarters of the Orpea Group in Puteux, just outside Paris, as well as multiple eldercare homes operated by the company, in response to a new book titled "Les Fossoyeurs" (“The Gravediggers”) that alleged that residents were being mistreated.

The revelations have become a national scandal for the Orpea Group, the second largest operator of eldercare homes in Europe. Founded in France by Dr. Jean-Claude Marian in 1989 it has operations in 22 countries including 15 in Europe as well as countries as far flung as China and Uruguay. Across the world, it owns 1,114 facilities and more than 111,801 beds. In 2020, the company’s revenue was €3.9 billion and it declared a profit of €467 million, despite the pandemic.

While Castanet’s book has struck a chord, the problems at Orpea’s eldercare homes have been widely known for some time. Family members of residents of Orpea homes in Neuilly-sur-Seine as well as in Boissise-le-Roi, Le Mans, Niort, Schiltigheim have been publicizing similar concerns since 2015 while union activists at the General Confederation of Labor (CGT) and UNI Global Union have also been highlighting the problems at the Orpea Groupe in Belgium, France, Germany and Poland.