Lobbyists for Canadian Pipeline Have Deep Ties to White House 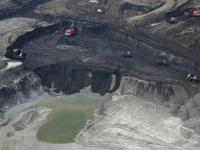 TransCanada and the provincial government of Alberta are paying former advisors to the Obama administration - as well as former staff of the Hillary Clinton and John Kerry presidential campaigns - to help them lobby for the proposed Keystone XL pipeline to transport tar sands fuel to the U.S.

The pipeline from Alberta - which is to be built by TransCanada - has been delayed for over four years pending approval from the U.S. State Department which has final say because it crosses the international border. President Barack Obama is expected to announce a decision this fall in consultation with John Kerry, who took over the State Department earlier this year from Hilary Clinton.

Potential conflicts of interest for these three top Democratic party officials have been uncovered by Friends of the Earth U.S. This came soon after Mother Jones magazine uncovered evidence that TransCanada has had strong contractual relationships with the firm that provided a positive environmental review of the pipeline for the State department.

"No one can deny that this kind of influence trading is not in the national interest when it could sway a decision that is bad for the planet and bad for the country," Ross Hammond, a senior campaigner for Friends of the Earth told the Financial Times.

Tar sands are thick, sticky, oil-bearing clay-like deposits (the industry term is oil sands) that are laboriously extracted from locations like Alberta's pristine boreal forests and then processed into crude oil for gasoline. Canada is already the U.S.'s largest petroleum importer, shipping roughly 2.2 million barrels a day - much of which is from tar sands. The Keystone XL pipeline will carry an additional 1.1 million barrels of crude oil 1,700 miles south to refineries in the U.S. Gulf Coast, where it can be processed for export overseas.

Between two and four tons of tar sand and two to four barrels of water are needed to produce a single barrel of oil, which ultimately releases three times more carbon dioxide than typical oil production.

Activists like 350.org and the Sierra Club have campaigned heavily against the pipeline because of the global warming consequences as well as the potential pollution impact. "Tar sands is not traditional oil," writes Van Jones, founder of Rebuild the Dream. "It is a pipe-eating, planet-cooking, water-fouling goo that nobody knows how to get out of our water."

In order the resolve the matter, the State Department commissioned an environmental impact assessment. In March 2013, a 2,000 page draft was published that suggested that the impact of the pipeline was not as bad as environmental activists claimed. Environmental groups, as well as the administration's own Environmental Protection Agency, strongly disagree.

Recently is has come to light that for the last two years the State Department has been lobbied by the individuals who had previously worked for Clinton, Kerry and Obama.

* TransCanada has paid at least $1.1 million to Paul Elliott, a former member of Hillary Clinton's presidential campaign team in 2008. Eliott worked on setting up meetings between State department officials and TransCanada executives in 2011.

* A public relations agency run by Anita Dunn, Barack Obama's former communications director at the White House, was hired by TransCanada to direct advertisements to support Keystone in 2011.

* Bryan Cave, another Washington lobbying firm, was paid just over a third of a million dollars by TransCanada. The firm's team included Brandon Pollak, a former member of John Kerry's presidential campaign team. Major lobbyists like McKenna, Long and Aldridge, who have deep connections to the Clintons were also paid almost $100,000

* Graham Shalgian of Rasky Baerlein and David Castagnetti of Mehlman Vogel Castagnetti - both of whom worked on John Kerry's presidential campaign team -were paid by the government of Alberta to  "educate" US government officials about the province and Keystone XL.

"We look for good, strong, experienced, capable and ethical people who can give us the advice we need so we have a chance to present the truth about our company, our operations or a new project," Shawn Howard, a TransCanada spokesman, told the Financial Times. "Some of the principals might know John Kerry, but there's no end of people who know him," Cal Dallas, Alberta's minister of international and intergovernmental relations, added.

But TransCanada has other conflicts of interest also - it has also employed staff at Environmental Resources Management (ERM), the international consulting firm that conducted the impact assessment for the State department that came out in March.

Activists were very critical of the draft. "The number of problems identified was so numerous that you'd think the oil industry itself had written State's report for them," wrote Steve Kretzmann of Oil Change International. "Well, unfortunately it appears that may not be all that far from the truth."

Days later Mother Jones magazine obtained a copy of the original documentation for the assessment that showed some significant conflicts of interest. "ERM's second-in-command on the Keystone report, Andrew Bielakowski, had worked on three previous pipeline projects for TransCanada over seven years as an outside consultant. He also consulted on projects for ExxonMobil, BP, and ConocoPhillips, three of the Big Five oil companies that could benefit from the Keystone XL project," wrote Andy Kroll.

"Another ERM employee who contributed to State's Keystone report-and whose prior work history was also redacted-previously worked for Shell Oil; a third worked as a consultant for Koch Gateway Pipeline Company, a subsidiary of Koch Industries. Shell and Koch have a significant financial interest in the construction of the Keystone XL pipeline." ERM is also a paid member of the American Petroleum Institute which has been vociferous in its support for the pipeline.

Activists have also noted that in the documentation shows that ERM replied in the negative to a question over whether it had any relationship with TransCanada when applying for the contract.

"Hiring an oil company contractor to review an oil pipeline that its clients have a financial interest in should be illegal - and it is," wrote Gabe Elsner on a website called Checks and Balances. "Instead...a fossil fuel contractor, hid its ties from the State Department so they could green light the project on behalf of its oil company clients.

Elsner submitted a complaint to the State Department inspector general which may be looking into the matter now although they have refused to confirm or deny that an investigation is taking place. 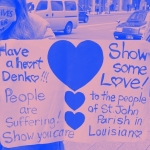