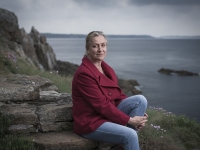 The Paris Criminal Court has found pharmaceutical giant Laboratoires Servier guilty of manslaughter for marketing benfluorex, an appetite suppressant, for years after the company discovered that the drug could cause major damage to the heart and lungs, and even kill users.

“Despite knowing of the risks incurred for many years … they never took the necessary measures and thus were guilty of deceit,” said Sylvie Daunis, the judge who presided over the case.

Mediator was first sold in Europe in 1976 ostensibly to treat diabetes but was widely prescribed for weight loss by doctors. Over the next 33 years, some five million patients - mostly in France - obtained prescriptions for the pill. The drug was withdrawn from sale in a number of other countries such as Belgium in 1978, Switzerland in 1997, in Spain in 2003 and in Italy in 2004. It was finally taken off the remaining markets France, Luxembourg and Portugal in 2009.

For a few years Fen-phen was wildly popular in the U.S. but benfluorex was never approved for sale in the United Kingdom or the United States. When studies by the Mayo Clinic in the U.S. in 1997 showed pulmonary hypertension and heart-valve abnormalities resulting from the use of the drug cocktail, the government withdrew approval.

In 2001, journalist Alice Mundy published an expose titled "Dispensing with the Truth." The book was marketed with a dramatic blurb: "In 1996, a terrible epidemic began killing young American women. Some died quickly, literally dropping in their steps. Others took more time, from a few months to a few years. Those who weren't killed suffered damage to their lungs and hearts, much of it permanent and reparable only with major surgery."

Despite the research and the exposes into the health problems associated with dexfenfluramine and fenfluramine in the U.S., Servier did not stop selling Mediator in France.

Then Dr Irène Frachon, a respiratory specialist at the university hospital in Brest, Brittany, noticed similar problems with her patients. In 2007, she raised the alarm. “I hadn't realized that there were so many alarm bells and warnings during all those years,” she told the Lancet magazine.

Frachon turned her research into a book titled "Mediator 150 mg. Combien de morts?" (Mediator 150 mg. How many deaths?) that was published in 2010. “I realized they were withdrawing the drug on the sly,” she would later tell New York Times newspaper. (A film titled "La fille de Brest” (The Girl from Brest) - based on her book - was released in 2016.)

The French government estimates that at least 500 people died from using Mediator but other estimates suggest that as many as 2,000 may have died. Some 5,000 victims have been identified to date and around 2,600 helped bring a lawsuit against the company with the assistance of hundreds of lawyers.

A criminal trial began in September 2019 that lasted until July 2020. In late March 2021, the French court announced its guilty verdict and imposed a €2.7 million fine on Servier for aggravated deceit, manslaughter and causing unintentional injury. Jean-Philippe Seta, the number two at the company, was fined €90,600 and given a suspended sentence of four years. (Jacques Servier, the founder of the company, died in 2014. He was worth some $7.6 billion at the time.)

Not everybody is happy about the verdict especially since Seta will not serve any time in jail. "This guy deliberately fooled ill people, 2,000 of whom died because of his drug, and he gets a suspended sentence? This needs an explanation," wrote Dr. Dominique Dupagne on Twitter.

“It is undeniable that patients suffered undesirable effects linked to taking Mediator,” Servier announced in a press statement last year. “The Servier laboratories repeat their sincere regrets to patients touched by this tragedy and their families. They are the first concern of Servier laboratories which, from 2011, made a commitment to indemnify the victims, a process that has almost been completed today.”

So far the company has paid out some €200 million to victims but some 6,500 victims continue to seek €1 billion in compensation. “Servier knew that it was selling poison,” Joy Ercole, one of the victims, told Agence-France Presse news agency. “The unlucky ones, like me, are condemned to a slow death. My life is ruined.”

"The most important thing is that their financial penalty in terms of compensation to be paid to the victims is sufficiently heavy,"  Jean-Christophe Coubris, a lawyer for the victims, and the author of the book "In the name of all victims," published by Flammarion, told Le Parisen.