FRANKFURT - A former manager of Siemens,
the European engineering company, testified Monday about an intricate
system of slush funds and bribery at the company as the first trial on
allegations of corporate corruption in Germany began.

Reinhard Siekaczek, a former manager at Siemens, testified about his role in a system of bribery.

Since the wide-ranging
investigation came to light in 2006, the Siemens name has been badly
tarnished, two top executives lost their jobs, and the company might
still face billions of euros in fines and indictments of still-serving
executives

Reinhard Siekaczek, who is facing charges of breach
of trust, told the court that his role as a steward of off-the-books
accounts, which were used to pay bribes, was an open secret within the
mobile telephony division where he once worked.

Mr. Siekaczek
described how managers carefully signed Post-it notes that had been
affixed to potentially incriminating documents so that they might later
peel away evidence of their imprimatur if necessary.

"In this
way, the signatories could elegantly remove signs of their involvement
if it came to an investigation," Mr. Siekaczek said.

He
directly implicated a series of supervisors in the division where he
worked through 2004 and which has since been folded into a joint
venture that Siemens created with Nokia, the Finnish mobile phone company.

But blockbuster revelations at the trial will probably center on what more senior Siemens officials knew.

German prosecutors are also hoping that the trial will catalyze a
long-delayed process of convincing corporate Germany of the need to
root out practices once considered acceptable, especially in big
infrastructure projects, a Siemens specialty.

"This trial is
going to create a new sensibility in Germany," said Anton Winkler, a
senior prosecutor in Munich. "Not only this trial but the entire
Siemens investigation. The message has arrived in all German
companies."

To underscore their seriousness, Mr. Winkler said
further indictments among the 300 people linked to the Siemens
investigation would come soon.

Prosecutors are still combing
through the 5 terabytes of electronic data, or roughly five million
pages, that they have confiscated, in addition to enormous amounts of
printed material, he said.

Mr. Siekaczek, 57, has told
prosecutors that Joe Kaeser, now Siemens's chief financial officer and
then finance chief for the mobile business, knew about the bribery.
Siemens has steadfastly defended Mr. Kaeser against any implication of
wrongdoing. Prosecutors say he will probably appear as a witness at the
current trial.

The trial will probably also bring Heinrich von
Pierer, a former chief executive and chairman of Siemens, to the
witness stand, as well as other former Siemens officials.

Prosecutors recently said they would charge Mr. von Pierer, who
resigned as chairman last year over the scandal, with failing to
effectively supervise, a noncriminal charge that carries only a fine.
But they also are not ruling out the possibility of a more serious
indictment if evidence points to him.

Mr. Siekaczek was charged
with 58 counts of breach of trust, and he could face a prison sentence
if found guilty. But his extensive cooperation with prosecutors is
expected to lighten his sentence.

A verdict is expected by August.

German prosecutors revealed their investigation in late 2006 with a
series of raids on company offices. That investigation helped to kick
off or accelerate similar inquiries in a dozen different countries,
including the United States, Greece, Liechtenstein, Italy and Austria.

Siemens, which makes products ranging from power generators to medical
devices to light bulbs, has since embarked on a housecleaning that has
drawn widespread praise from independent experts. Along with Mr. von
Pierer, the scandal prompted the then-chief executive, Klaus Kleinfeld,
to leave.

Siemens has hired its own legal and financial
investigators, who have identified 1.3 billion euros ($2.1 billion) in
suspicious payments that may have been used to win contracts around the
world.

Siemens also hired Michael Hershman, a co-founder of
the prominent watchdog group Transparency International, to fashion a
system for training employees in compliance with anticorruption laws.

"To be fair, Siemens is setting a pretty good example that other
companies could learn from," said Mark Pieth, a professor of
criminology at the University of Basel and the head of antibribery
efforts at the Organization for Economic Cooperation and Development, based in Paris.

In his testimony, Mr. Siekaczek painted a picture of a system in which
Siemens employees, himself foremost among them, paid for nonexistent
consultant services and then channeled the money into off-the-books
slush funds. The money was then used to pay bribes to secure orders for
major Siemens projects.

The system was difficult to shut down
quickly after Germany criminalized bribery of foreign officials in
1998, since payments had been promised over longer periods, Mr.
Siekaczek said. 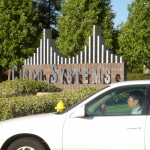