Entergy is an electrical utility company that serves Arkansas, Louisiana, Mississippi, and Texas. Founded in 1913, it currently operates six nuclear power plants and several other energy plants in ‘Cancer Alley,' an 85 mile stretch of the Mississippi river in Louisiana with over 150 toxic petrochemical plants. Entergy is infamous for reporting billions in profits while charging customers and the government for cost overruns at its nuclear power plants and for storm damage from numerous hurricanes such as Katrina in 2006, Gustav in 2008 and Ida in 2021. For example, Entergy reported a $923 million profit in 2005, but applied for $592 million in federal subsidies to pay for storm damage from Hurricane Katrina in 2006.

Evonik was originally the chemical manufacturing division of Ruhrkohle AG, a coal company headquartered in Essen, North Rhine-Westphalia, Germany, that merged with Degussa AG, a company that refined precious metals and manufactured pesticides. It was renamed and converted into a new company in 2007 but it is still majority controlled by the same shareholders that own RAG Aktiengesellschaft, the coal company. Degesch, a Degussa subsidiary, was one of the main manufacturers of Zyklon B, a chemical used by the Nazis to kill millions in the gas chambers. Degussa was also in charge of processing the gold dental fillings of those who were killed. 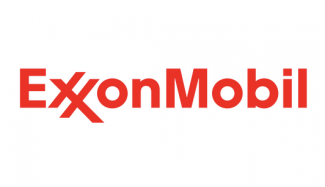 ExxonMobil is a fossil fuel company headquartered in Irving, Texas. It was founded in the 1870s as part of the Standard Oil group. Exxon (formerly Standard Oil Company of New Jersey) and Mobil (formerly Standard Oil Company of New York) were spun off in 1911 but merged again in 1999. Exxon is most famous for the massive spill by the Valdez oil tanker in Prudhoe Bay, Alaska, in 1989 that dumped 11 million gallons of crude oil into the Prince William Sound, polluting more than 700 miles of shoreline. Courts fined the company $5 billion but the company’s lawyers got the final payment down to just over $500 million in damages plus an estimated $2 billion in clean-up costs and $1 billion in in civil and criminal charges. Exxon’s refineries in Baton Rouge, Louisiana, and Baytown, Texas, has also been in the news over a series of explosions in 1989, 1994 and 2021 that killed workers and caused major air pollution.