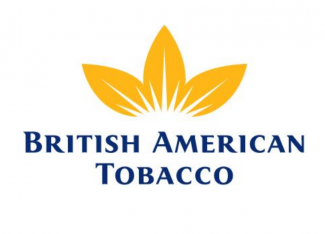 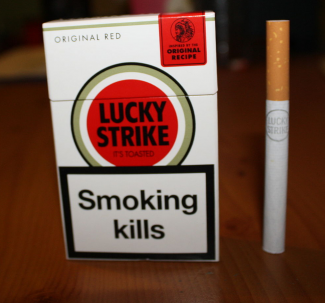 A 2018 investigation by the Campaign for Tobacco-Free Kids found that BAT and other tobacco companies were still engaging in deceptive social media marketing practices to advertise cigarettes in more than 40 countries around the world. BAT has also long condoned or supported the smuggling of company products in countries from Bangladesh to Mali where they are helping finance a bloody conflict in countries like Algeria, Libya and Sudan. Not least, BAT has been accused of profiting from child labor, exploitation and dangerous conditions on tobacco farms in Malawi.

Individual Records & Summaries
Click here for details of British American Tobacco's violations.
Information in this section is drawn from the Violation Tracker database produced by the Corporate Research Project of Good Jobs First in Washington DC. It is the most comprehensive source of data on business violations of laws and regulations in the United States. For specific examples of misconduct, please click on the links.

Smoke and Mirrors in Bangladesh

hat are the end-products of undue corporate influence over public policy and decision-making that tip the scale of power away from governments and the people in favor of private interests? Government systems that benefit specific industries above their citizen’s own well-being.

Billions of cigarettes, most made by BAT, are smuggled north through Mali every year on their way to the gray markets of the Sahel and Northern Africa.

Published by
The Guardian
| By
Rob Davies
|

British American Tobacco has been accused of depriving developing countries of hundreds of millions of dollars in tax by using “financial manoeuvring” to shift profits to a UK subsidiary.

Over 125 Organizations Call on Social Media Companies to End All Tobacco Advertising, Including by Paid Influencers

The Campaign for Tobacco-Free Kids is joining more than 125 public health and other organizations from 48 countries in calling on Facebook, Instagram, Twitter and Snapchat to immediately end the promotion of cigarettes, e-cigarettes and all other tobacco products on their platforms, including prohibiting the use of social media influencers.

Today marks the start of a campaign by ASH and our partners, highlighting how Big Tobacco’s big profits continue to be built on a lethal trade and shady dealings.

The leaders of the protest urged that the government withdraw from the company and discourage investment in a sector that is harmful to human health.

A group of tobacco farmers in Malawi have filed a claim in British courts, alleging that years of worker exploitation and child labor violations are among the real reasons for why two tobacco firms have been so profitable.

British American Tobacco, one of Britain’s biggest companies, has been accused of bribing senior politicians and civil servants in a bid to sabotage anti-smoking laws.

British American Tobacco (BAT) has been added by the Jerusalem district court as a defendant in a multibillion dollar lawsuit over compensation for damage to members of Israel's largest health maintenance organisation.

Behind the mask: The real face of corporate social responsibility

We have lived so long at the mercy of uncontrolled economic forces, that we have become skeptical about any plan for human emancipation.

Exposed: How billions of cigarettes end up on black markets

WASHINGTON, January 31, 2000 — More than 11,000 pages of documents from BAT and its subsidiaries, including the U.S. company Brown & Williamson, were analyzed over a six-month period by the International Consortium of Investigative Journalists (ICIJ), a project of the Center for Public Integrity in ...

Human rights lawyers are preparing to bring a landmark case against British American Tobacco on behalf of hundreds of children and their families forced by poverty wages to work in conditions of grueling hard labour in the fields of Malawi.

Tobacco whistleblower Jeffrey Wigand goes on the record about ‘The Insider’

Subsidy Tracker is a project of Good Jobs First in Washington DC. It is the most comprehensive source of data on state and federal subsidies in the United States. For more details, click on the links.
Click here for details of subsidies received by British American Tobacco.
Tax Havens

British American Tobacco is being pursued by the Dutch authorities for £902m in unpaid taxes, as the maker of Rothmans, Dunhill and Lucky Strike cigarettes stands accused of avoiding tax on money channelled through the Netherlands.

For every dollar British American Tobacco (BAT) paid in tax in the countries it operates in, the giant multinational shifted more than half a dollar that would have been taxed locally to a UK subsidiary where BAT paid almost no tax.

Are tobacco companies making a fair tax contribution to the societies where their activities cause the greatest human and economic costs? We have looked at British American Tobacco.

CorpWatch is still gathering procurement data for British American Tobacco at this time.