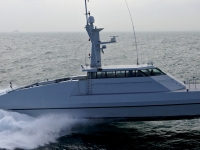 Activists have condemned Credit Suisse and VTB of Russia for lending $850 million to Mozambique in 2013 that was used mostly to buy military equipment, despite telling the public that the money would be used to buy fishing boats.

Today Mozambique says it cannot repay the money and has been negotiating to issue a new set of bonds at 14.4 percent interest to pay off the original loans.

"Credit Suisse is responsible along with the Mozambican government for these debts being hidden from the Mozambican people and the IMF (International Monetary Fund)," Tim Jones, a policy officer at Jubilee Debt Campaign, said in a press release. "It is unjust to lend money for military purposes, and irresponsible and undemocratic for such debts to be covered up. Credit Suisse and VTB should pay the price for these illegitimate loans, and should not be bailed out by the IMF or anyone else."

At the time that the loans were made, investors were eager to put their money into the southern African country, which has historically ranked in the poorest ten in the world, after the government and the oil industry announced that the country had found 100 trillion cubic feet of natural gas.

So the Swiss bank helped Mozambique issue $500 million in bonds at 8.5 percent interest to buy boats for Empresa Mocambicana de Atum (Ematum), a state owned tuna fishing company. VTB helped Ematun issue a further $350 million in bonds. Unknown to the public, Credit Suisse also made an additional $622 million loan for the military equipment, which was revealed last month in the Wall Street Journal.

At the time of the loan, Credit Suisse assured the media that the money was solely for fishing boats. "There are no weapons or combat systems of any kind on any of the vessels being built under the EMATUM contract," Adam Bradbery, a Credit Suisse spokesman, told Bloomberg news via email.

VTB made a similar statement. "This is for fishing boats, for training centers, for spare parts and for patrol boats to protect fishing business and waters of Mozambique," Makram Abboud told the news agency. "We have always said it's infrastructure to support the fishing industry. That means all infrastructure to reduce the risk of the boats being taken over by pirates the next day or stolen."

Although Ematum did buy 24 fishing vessels from Constructions MÃ©caniques de Normandie (CMN) in France, most of the money was used by a different Mozambican state owned company named Proindicus to buy Interceptor ships and radar installations from CMN for the country's navy. In theory the Interceptors were intended to protect the tuna boats from pirates, but it turns out that the Ematum brought in just $450,000 of tuna last year, a fraction of the $18 million that it was projected to bring in.

One journalist was told that the 24 fishing boats that were bought for Ematum have been abandoned completely. "Sorry sir, we don't have tuna on the menu," Raul, a waiter at a restaurant in the Maputo harbor right next to where the fleet is anchored, told Reuters news agency. "The boats never go out. They are resting."

Today Mozambique debt rating has been slashed to selective default. The country has also borrowed heavily for other projects such as $725 million to pay for China Road and Bridge Corporation to build a bridge that will connect the port of Maputo to Catembe to replace the current ferry system and a $300 million contract to create a digital TV system for the country. That contract was won by StarTimes, a Chinese company whose local subsidiary is run by the daughter of Armando Guebuza, the former president.

As a result, between 2012 and the present day, Mozambique's national debt has more than doubled from $6 billion to $12.5 billion with annual debt payments alone amounting to  $12.5 billion, one eighth of the country's gross domestic product.

The Wall Street Journal revelations have had an immediate impact. Less than a fortnight after, the IMF canceled a plan to meet with the country to discuss a $55 million loan disbursement. "Undisclosed borrowing exceeds $1 billion and significantly changes our assessment of Mozambique's macroeconomic outlook," Antoinette Sayeh, the Africa director of the IMF, told a press conference. "We are currently ascertaining in cooperation with the authorities, the facts regarding this borrowing."

The loans have also created a headache for Tidjane Thiam, the new CEO of Credit Suisse, and an African citizen himself, who had denounced such loans just months prior. "I did a lot of infrastructure development in my life," Thiam told a Financial Times conference on African business in October 2015. "To fund them with foreign currency is madness. OK? Madness."